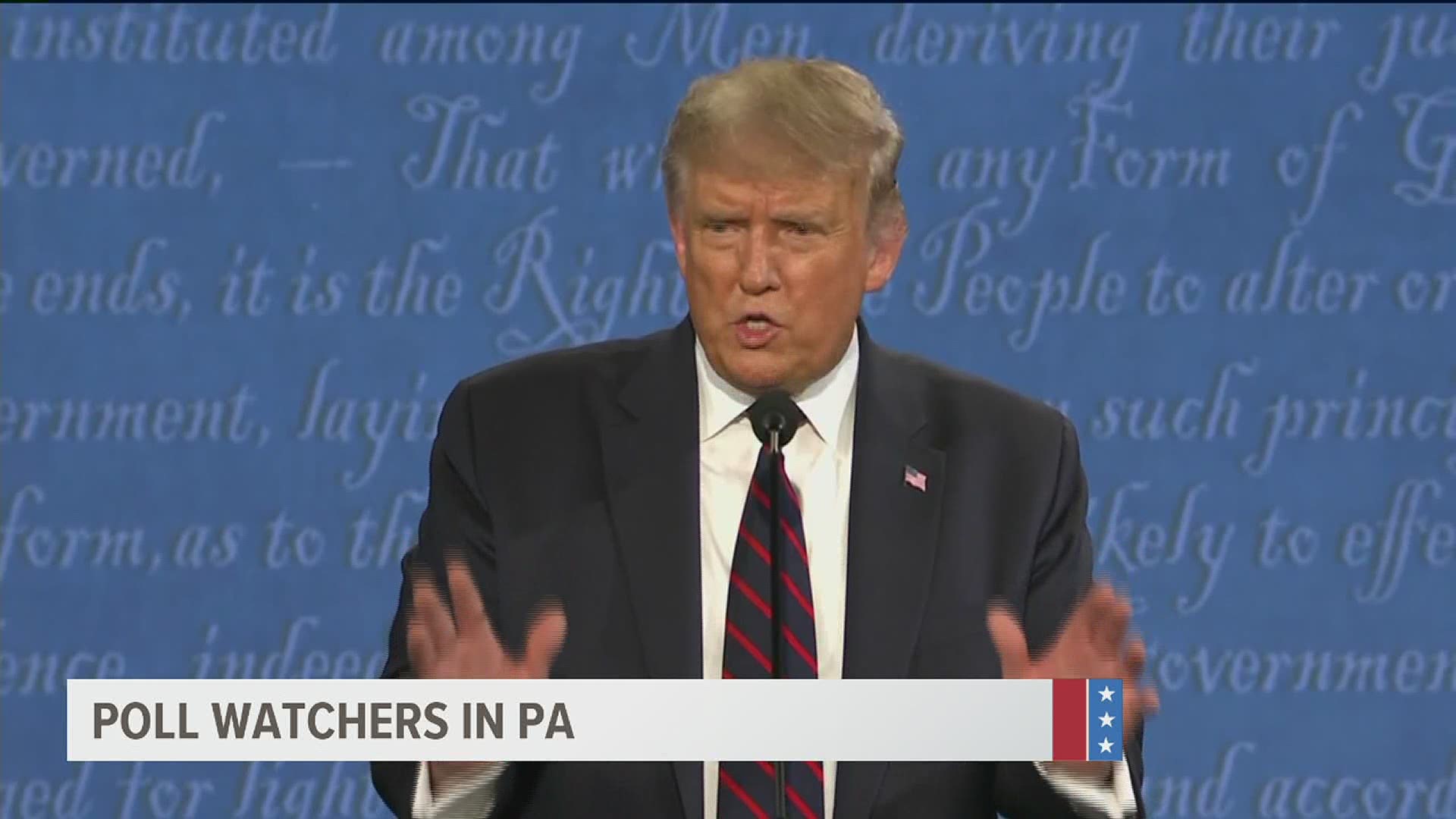 "Bad things happen in Philadelphia," said President Trump Tuesday night on the debate stage while discussing poll workers that he claimed were 'thrown out' in Pennsylvania. But Wednesday, Pennsylvania's Secretary of State called the President's claims 'inaccurate' and 'misinformation.'

"There was some disinformation that was put out last night," said Kathy Boockvar, during a media call Wednesday morning responding to President Trump's comments.

While discussing national election security in the Tuesday debate, Trump said "today there was a big problem. In Philadelphia they went in to watch. They're called poll watchers. A very safe, very nice thing. They were thrown out. They weren't allowed to watch. You know why? Because bad things happen in Philadelphia, bad things."

Boockvar said, however, "the President alleged that poll watchers were wrongfully kept out of these satellite offices. This is completely inaccurate."

RELATED: Debate commission says it will make changes to format

Philadelphia opened 7 satellite election offices Tuesday for early voting where mail-in ballots can be requested, filled out, and then handed over to county officials. But, Boockvar said that claims that poll watchers were 'thrown out' is untrue.

"First off, there are no poll watchers yet. Those are officially appointed just a few days before election day and they literally don't exist now," she said.

"Second, they don't have any right to be present in county offices," said Boockvar who added that the poll watchers do not have the same rights at those satellite locations as they do at the polls.

"As Al Schmidt, the Philadelphia City Commissioner said very well: poll watchers have no rights to come into our house and sit with us at our kitchen table when we vote nor do they have the ability to go into our county election offices to watch people vote," said Boockvar.

The state reminded everyone there is also a process that people must go through to become a poll watcher.

"Some of this is in litigation but generally the process is that candidates and political parties are entitled to appoint watchers who can serve in the polling place where they reside and when they're not serving there they can serve in other polling places throughout the county. And, that process requires credentials from the counties," said Jonathan Marks, Deputy Secretary for elections and commission for the PA Department of State.