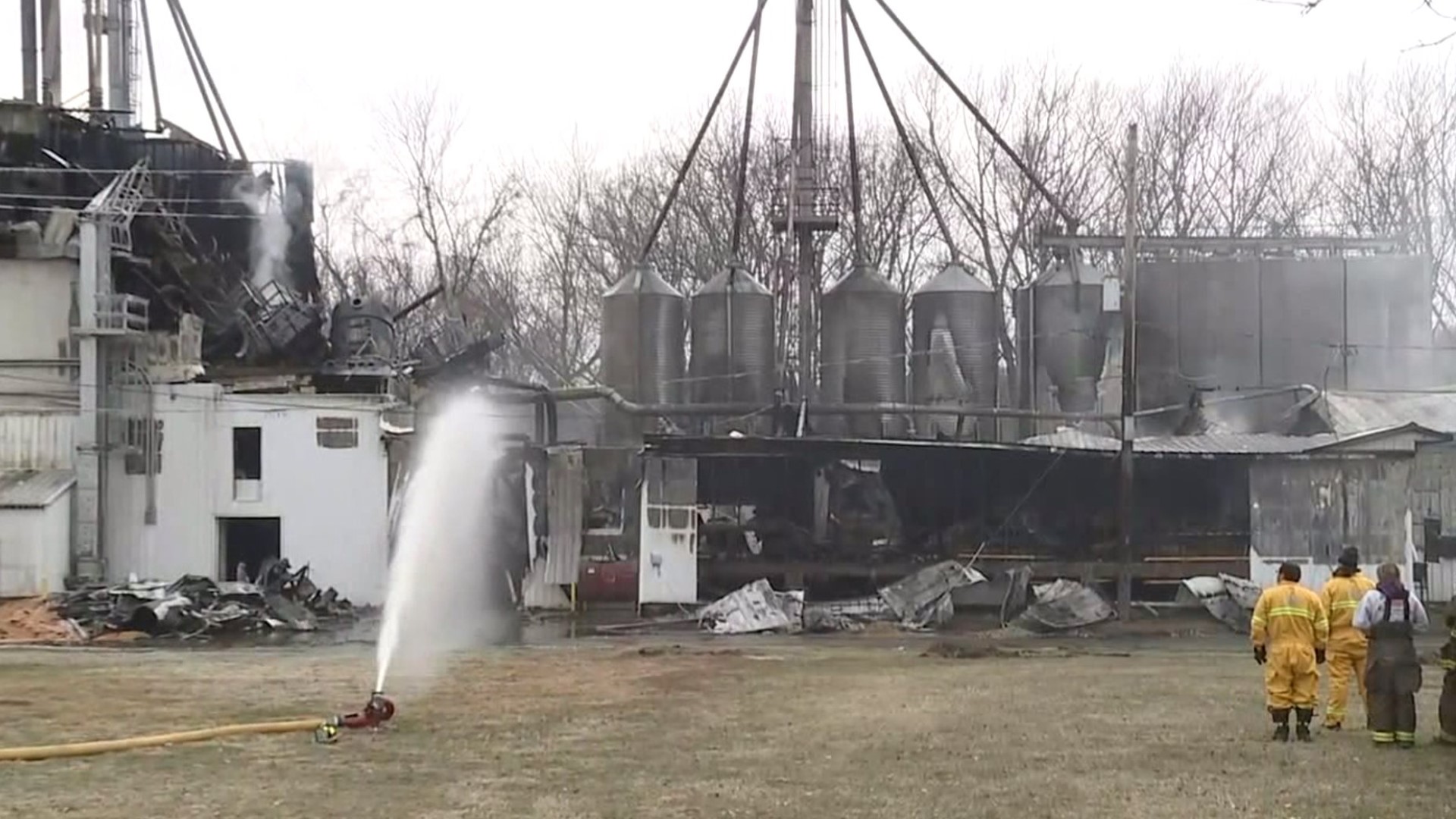 CATAWISSA, Pa. — The Melick Aquafeed mill was still smoldering Monday morning, days after a fire at the facility in Catawissa.

The building went up in smoke Saturday, everyone inside made it out ok, but the fish food mill is in ruins now.

Officials said about 20 people worked at the company, and according to a company website, the business has been in the area for decades.

"It's been here since I was a small kid because I used to live in Catawissa, and it's been here an awful long time, and I was surprised. I heard the fire alarm go in and I didn't pay much attention, and then I had a friend call me and say 'Did you know the fish place is on fire?' said Peg Carl of Catawissa.

The business office and warehouse are also in the Catawissa area, There is no word from anyone here about the company's future, whether or not the workers will keep their jobs, or if the mill will be rebuilt.

Some said the fire hurt not only the company and workers but Catawissa, too.

"It's sad. It's sad for Catawissa, and for the people that worked here, you know? They talk about free enterprise and this place employed just a small number of people, but it's still sad, you know? You could go up and down Main Street with what's going out of here," said Ginnie Yoder of Catawissa.

Fire officials said the fire started on the second floor of the building.

State police are investigating the cause.