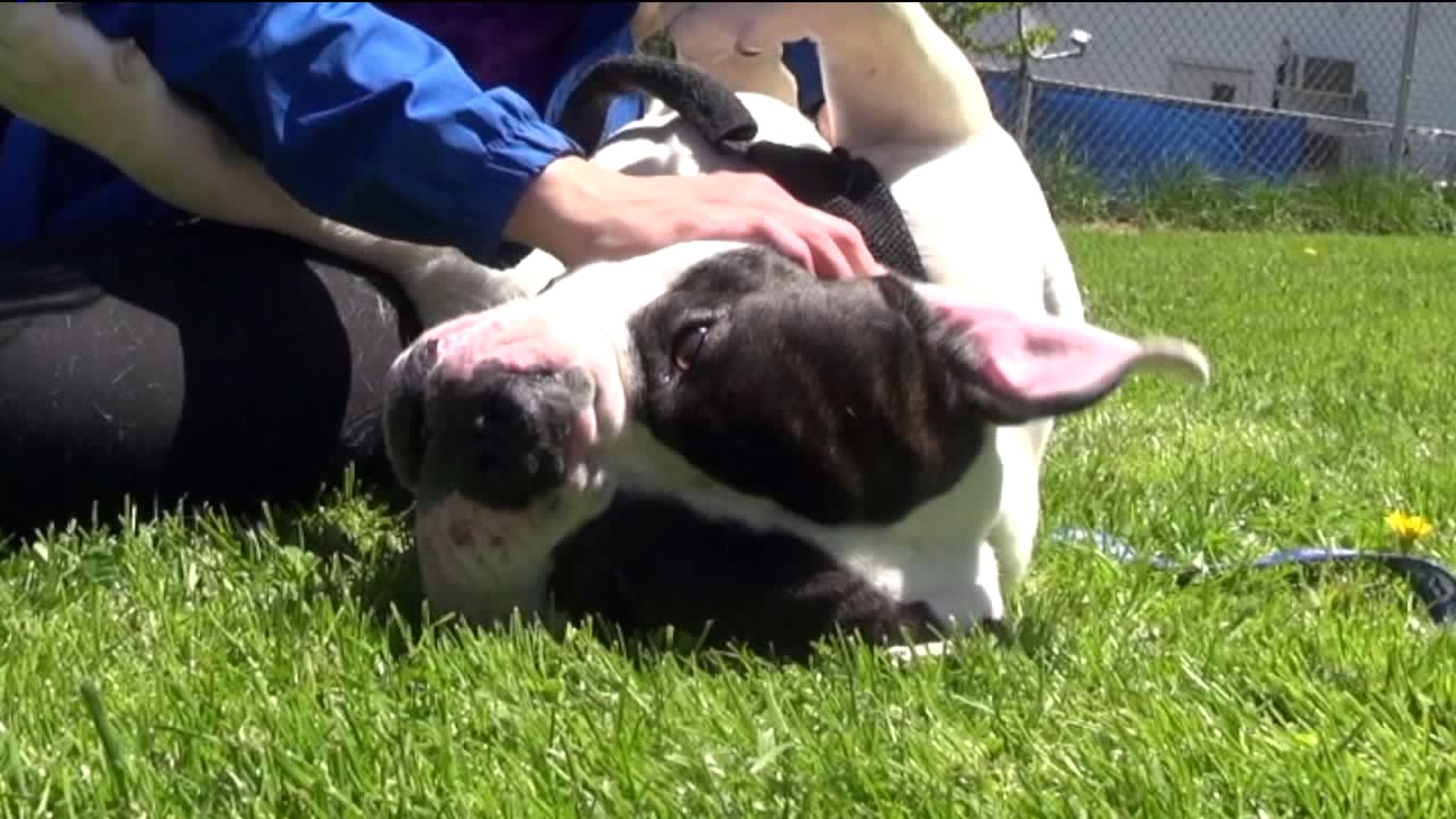 UPDATE: Noah has been adopted.

Noah was pulled from a high-kill shelter in New York City.

"They said he came in there with multiple stab wounds to his neck and to his back. It has very obviously not affected his personality. He's very sweet, very bubbly," said shelter worker Marci Zeiler.

"He's very funny, he has a very funny personality, he's just a doofus, just a big lunk of a dog, thinks he's a lap dog. He's about 85 or 90 pounds right now and could use some more weight, he'll need a tough lap to sit in," Zeiler added.

Noah enjoys the company of other dogs, but he gets too excited around cats.

"He's one we're going to be a little bit picky where he goes, because he's a very big dog, a very strong dog. He's friendly with all people, but we want to place him with older kids only because of his size."

"Not a big mover, he'd rather flop over in your lap, sit on the couch and watch TV, kind of a lazy guy."

Noah just wants a comfy couch or a lap to curl up on and a family to share slobbery kisses with.

"With any of our bully breeds, you have to know them, they're not what people think that they are. They're sweet, sweet dogs, don't be afraid of how he looks. He's a mush."

If you're interested in adopting Noah,  get more information here.