Moonpie and Casper have been saved at a waterfowl sanctuary after a lifesaving leap! 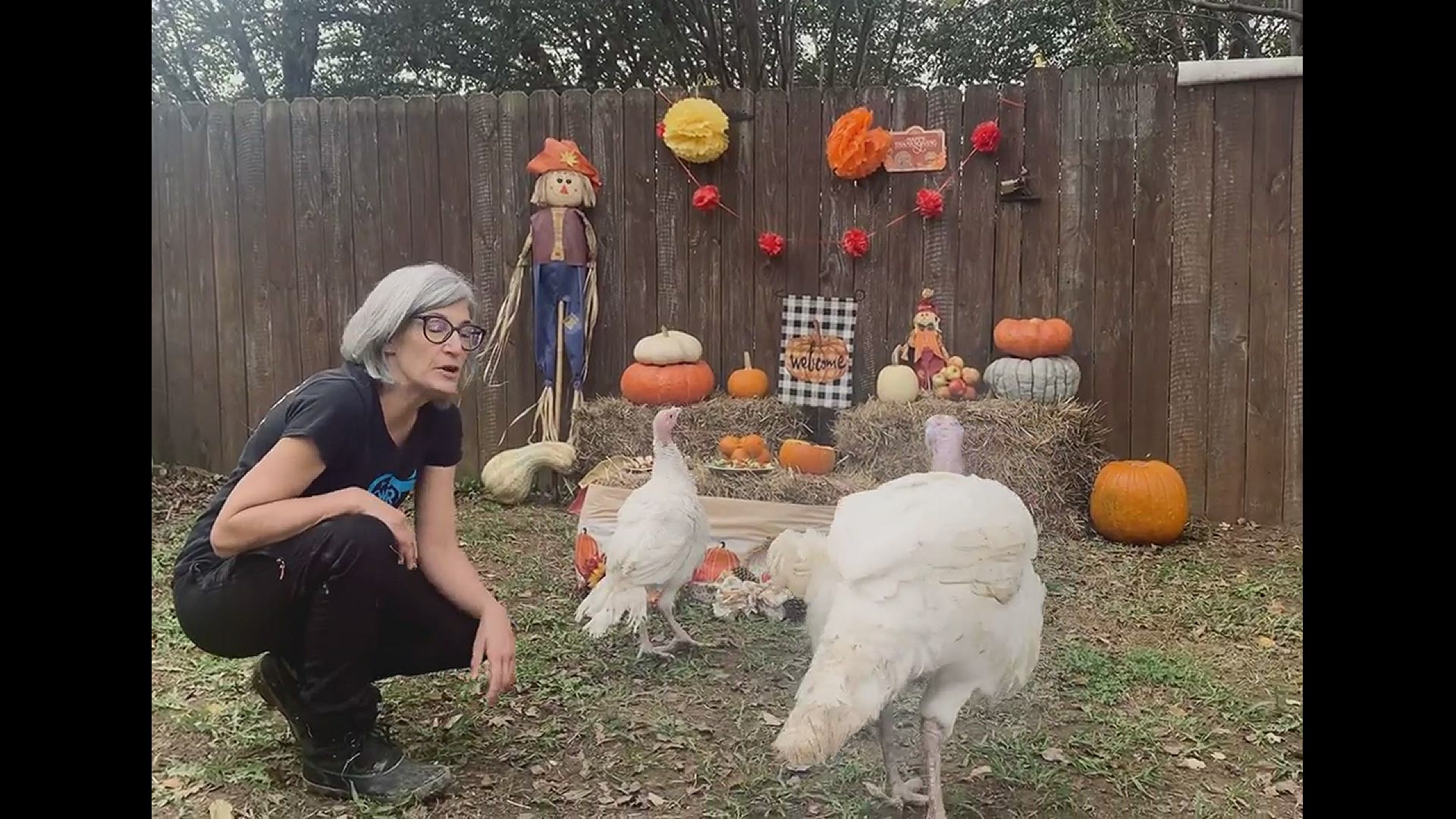 INDIAN TRAIL, N.C. — Moonpie and Casper were destined for a dinner plate.

The two turkeys were traveling on a transport truck en route to a slaughterhouse when they lept to liberty. The reward for their bravery was a life in poultry paradise.

After surviving the fall from the truck and suffering injuries defending themselves from predators, two kind souls spotted the gutsy birds and brought them to the Carolina Waterfowl Sanctuary in Indian Trail, North Carolina. They entered into the sanctuary's care on, of all days, Thanksgiving.

Casper, the larger of the pair, escaped tonight's Thanksgiving dinner table. Moonpie, the younger bird, would likely have been a Christmas turkey.

Safe and sound, the sanctuary is now asking for help to sponsor the pair.