16 To The Rescue: Tank Top Steve

This mixed-breed at the Hillside SPCA is looking for his forever-home. 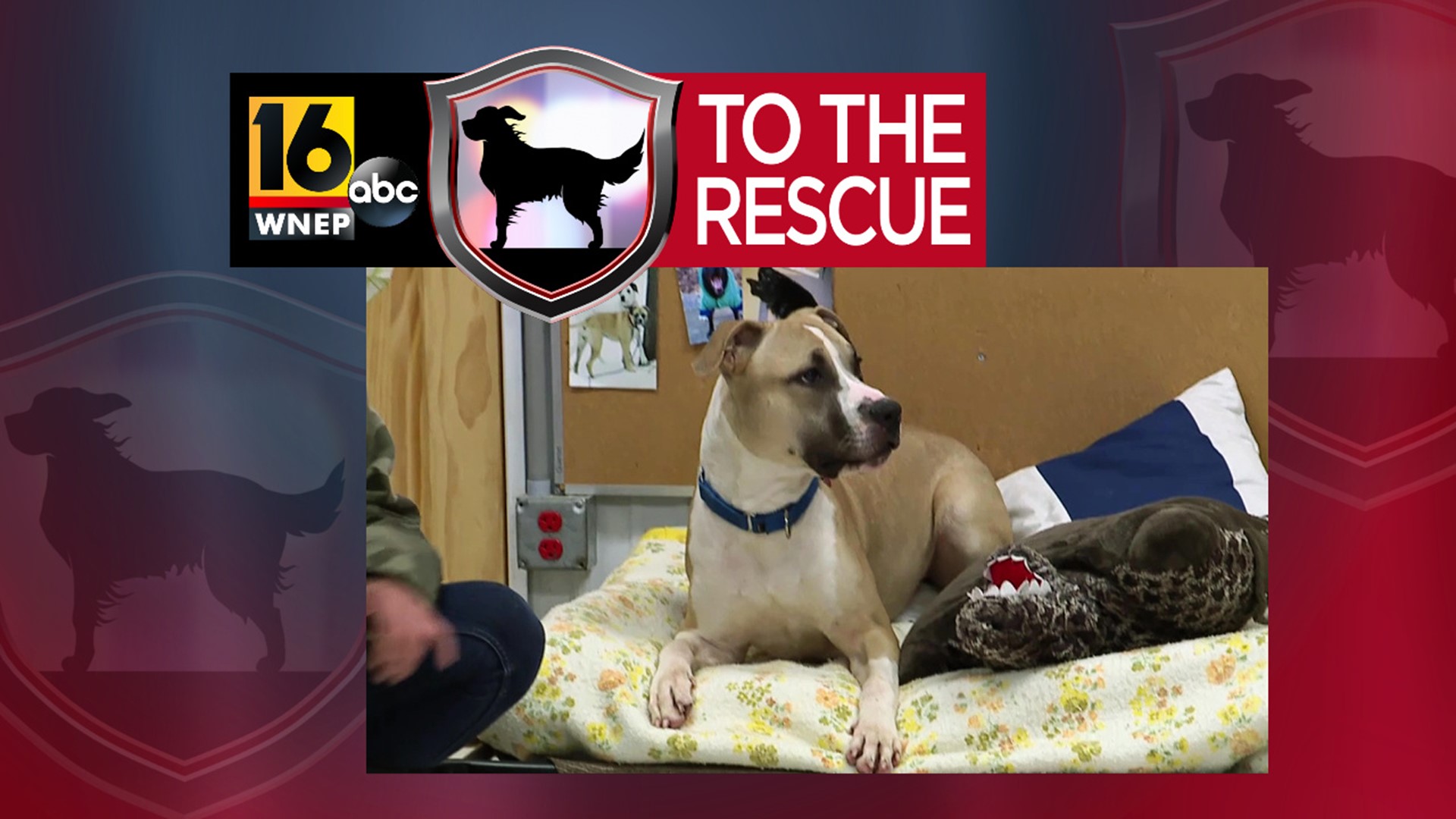 "Tank Top is the best dog with everyone, kids, people. He's like our go-to dog for volunteers. He's just wonderful with everyone he meets," said SPCA worker Haley Weist.

Tank Top needs a home that will keep him moving.

"Once he gets the energy out, he's like the best couch potato anyone could ever ask for. As you can see, he does love his squeaky toys, his bones, anything."

Tank Top can be reactive towards other dogs, so a home where he's the one and only is recommended.

"I don't think a dog park or anything would be a candidate for him because he does not like other dogs, but anywhere that a family goes camping or in the woods, he would enjoy every minute of that," Weist said. "I would recommend older children just because he is playful with his toys, and he could get a little mouthy cause he is just a puppy still."

He's also said to be quite the lover boy.

"He's really good with understanding your emotions, if that makes sense. He gives you hugs. He's like the best comforter ever."

Workers hope that someone will adopt him because outside of the shelter, he will become your best buddy.

"Once he would get out of here, he's going to flourish into a brand new dog."