Rebel was brought to Griffin Pond Animal Shelter several months ago as an owner surrender. 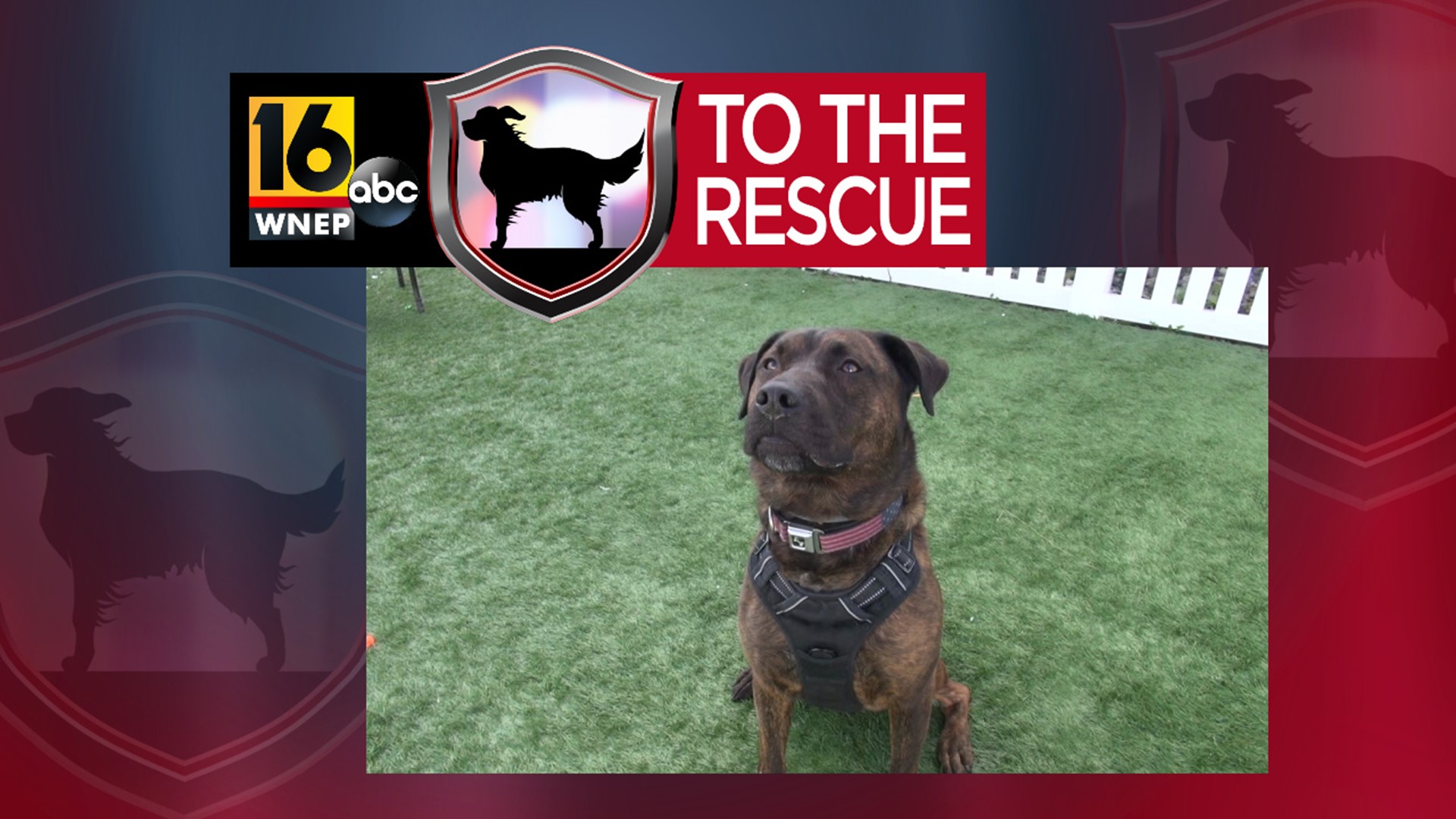 "He's very stressed. A lot of dogs here are stressed. They're around barking dogs all day. They're in a cage all day. They don't really get out as much as a dog in a home would," explained Griffin Pond kennel attendant Ian Fabricatore.

Rebel was quite curious when he saw our camera, and at first, wasn't too keen on playing fetch, but he did jump around a bit with the staff at the shelter.

"Rebel is a very fun dog. He loves to play and get rambunctious sometimes, but he's definitely also chill."

Rebel is quite smart and will sit and give a few paws for a snack. He will need a family that will help him burn off this energy.

"Definitely needs to be walked a couple times a day, but it's OK if you're not a marathon runner."

Because he's independent, a home with just people would be his preference.

"Rebel loves other people. He loves kids, so if you have kids in the family. He's just not good with other pets, so if you do have cats or dogs, he's definitely not the right candidate," Fabricatore said.

He's just a rebel without a home.

"His eyes just look right into your soul, and when you look at them, you just make that connection, like, 'That's my dog.'"