Jonah is his name and playing ball is his game. 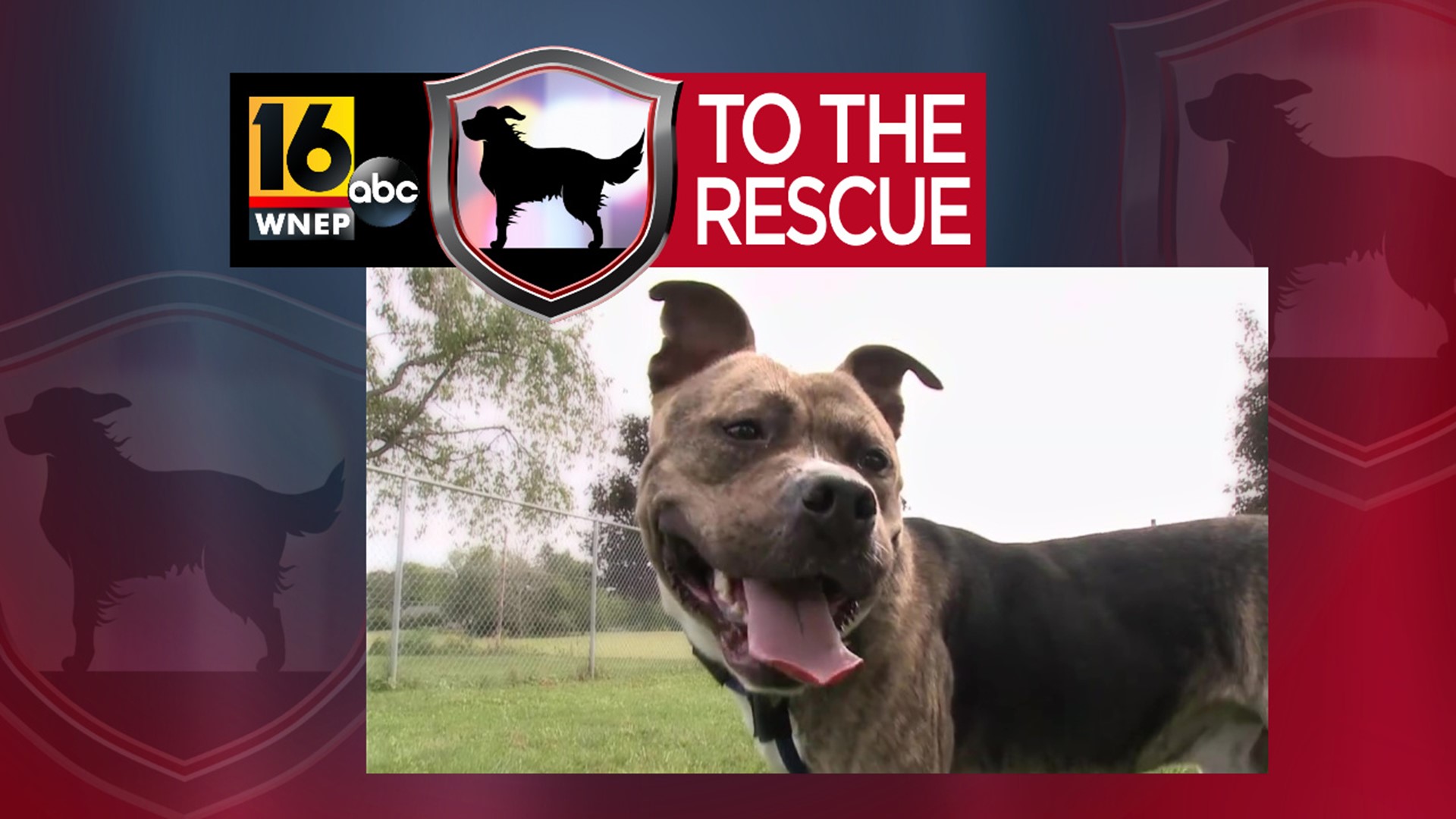 DANVILLE, Pa. — "Pitties are nonstop and they're also couch potatoes, so that's Jonah," said PSPCA manager Kristen Szwast. "He'll go hard for about 15 minutes and then he's ready to take a nap."

Jonah currently resides at the SPCA in the Danville area.

"He's a very active pooch. He's looking for a family that can keep up with him, take him on lots of walks."

Jonah would prefer to be the only dog in his future home, and due to his energy level, he would bond best with older kids.

"He still is a puppy. He's only about a year, so he still has a lot of learning to do with his manners but he's super smart, so I think that he'll catch on quickly."

Jonah is just a happy-go-lucky boy who could play all day, but when it's time to sleep, he's ready.

"When we put him in his kennel, he always has to have three or four stuffed animals to sleep with because he does arrange them on his bed."

Hopefully soon, he'll be able to do that in his forever home.