16 To The Rescue: Princess and Star

These two were recently surrendered to the Hillside SPCA near Pottsville. 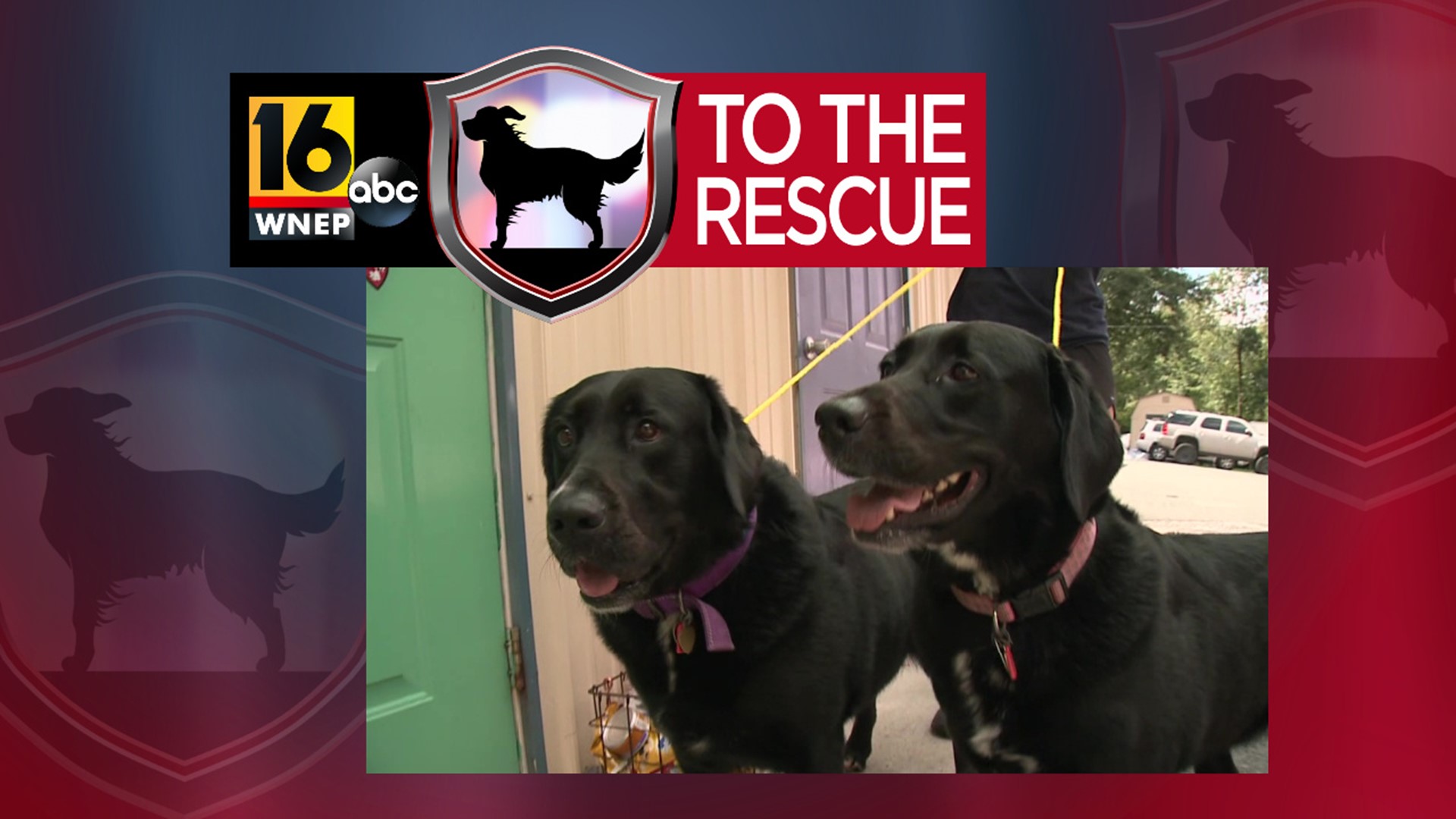 POTTSVILLE, Pa. — Princess and Star are 3-to 4-year-old Labrador retriever/Newfoundland mixes at the Hillside SPCA near Pottsville.

Princess and Star have been side by side since they were puppies, so they will need to be adopted together.

"To separate them now would be devastating," Kowalischen said. "It affects them more than people know."

For the most part, Princess entertains herself, and Star just wants your love.

"All day long, she plays with all the other dogs. She's great with the other dogs and this is what you get with her, you stop petting her, she nudges you for that attention."

This playful pair are said to be pretty high jumpers, so it's suggested that they have a high fenced yard at their future home.

Other than that, shelter workers say they would fit in with practically any family.

As some say, two are better than one and in this case, it's definitely true.

"If you want a loving dog that's going to snuggle with you, they're your pair. Both of them will."