16 To The Rescue: Lightning

Lightning has been calling the shelter home for most of his life. 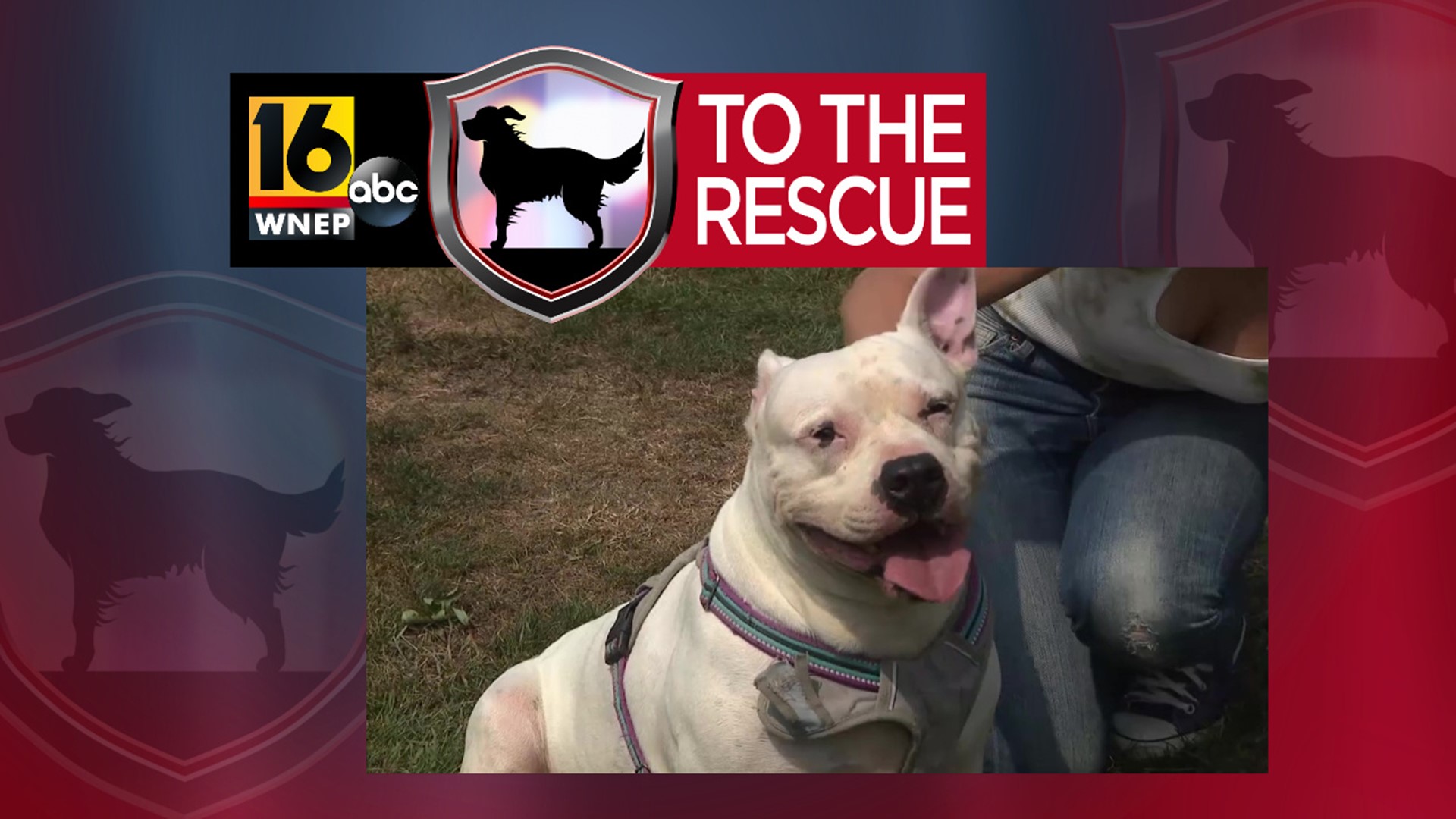 PINE GROVE, Pa. — Lightning is a Dogo Argentino/pit bull mix at the Ruth Steinert Memorial SPCA in Pine Grove. Lightning has been calling the shelter home for most of his life.

"Lightning is 7 years old. He came in 2014 in April. he was a stray dog that was running in Deer Lake," said shelter worker Rachel Bainbridge.

Lightning is mellow and all he wants to do is check out the sights and get some scratches from his people.

"He is the biggest lover ever. He gets so excited when you come see him, say his name, anything. He'll bark and bark and bark until you go in there and say hi to him, give him a kiss, anything."

One of the reasons Lightning has been in the shelter for so long is that he's not a fan of other animals, so he'll need to be the "one and only" in his future home.

"It's definitely something somebody special is going to have to take him and know what he needs and what not to do, and basically be educated about it and understanding."

The best fit for Lightning would be a quiet place, away from the hustle and bustle of the city, with a fenced-in yard.

"We would love a privacy fence. That would be best for him, or a family with older kids that would have the time and really understand what he needs."

Workers are hopeful that there is someone out there who will adopt Lightning   because spending over six years in a shelter takes a toll on a dog's spirit.

"He is so sweet, he's laid back, he's just an awesome dog. It's very sad to see him here this many years," Bainbridge added.

Lightning's adoption fee has been sponsored so there is no cost to adopt him. If you're interested in adopting him, contact the Ruth Steinert Memorial SPCA.