Koda was an owner-surrender to the shelter about six months ago. 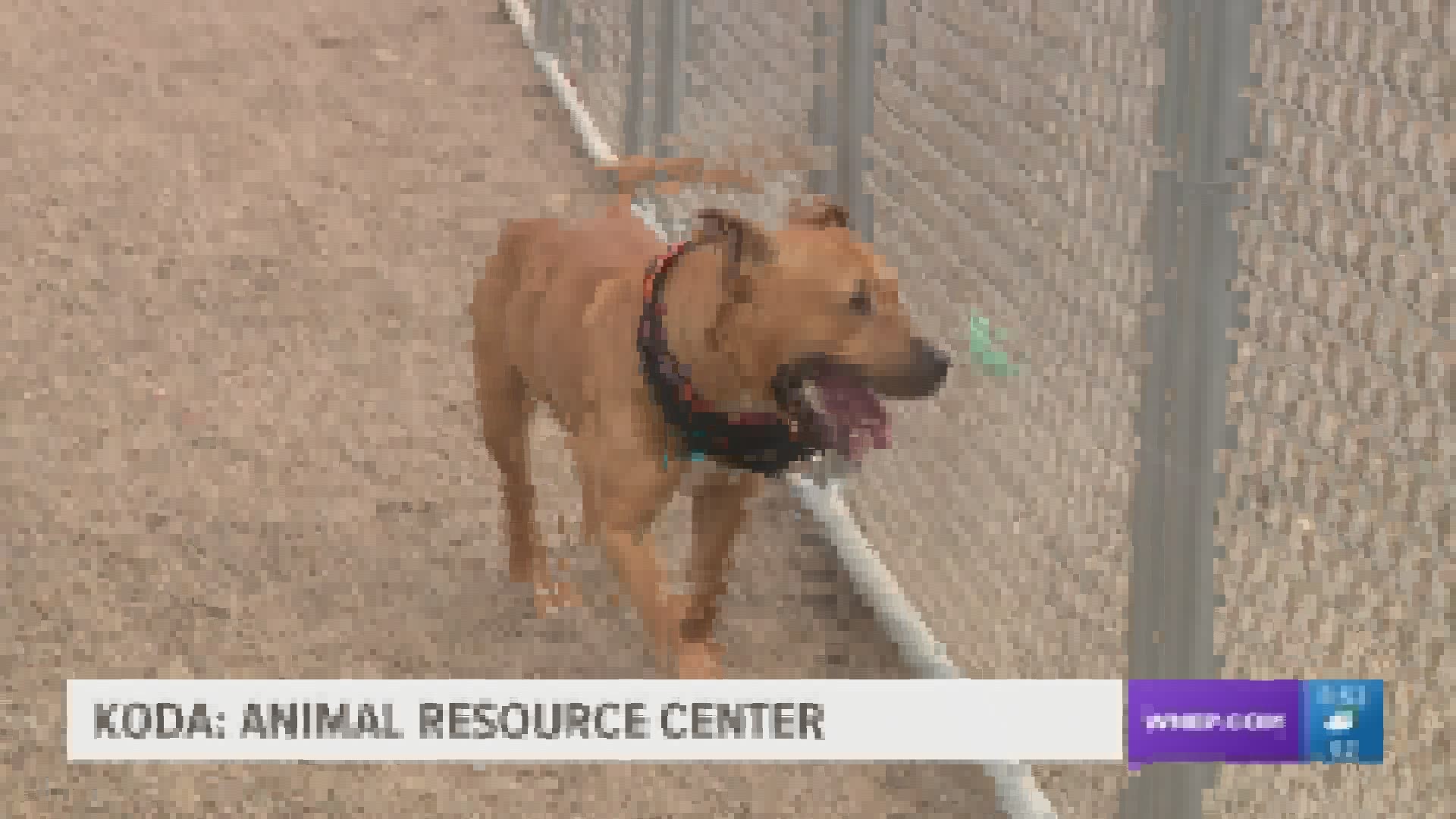 BLOOMSBURG, Pa. — Koda is a 2-year-old pit bull mix at the Animal Resource Center near Bloomsburg.

"He's very loving and social but he still needs some leash manners. We as a staff have been working with him on that as well as kind of engaging him in play and exercising his mind and body," said center worker Kate Magni.

Koda wants nothing more in life than to play ball. As you can imagine, this boy would do best with a family that can keep him moving.

"He would be a great buddy for someone who wants to hike, run, or just wants a dog that they can work with on training or agility; anything that is going to keep him motivated."

Volunteers suggest a home where Koda can be the only pet because he is still learning how to socialize with other dogs.

"He would be great though with a family that has children that could help him keep active and keep moving. He previously lived with kids, small kids, and did really well with them," Magni said.

Koda has been passed by because he doesn't always show his good side, but volunteers say, he's just excited.

"When we bring him out to meet people, he's often so overwhelmed by everything going on around him that he takes a few minutes to come over and really start to engage with you, and people take that as him being aloof or standoffish."

Workers say Koda would thrive in a forever home and just needs that chance.

"For Koda especially, we want someone who kind of sees the diamond in the rough and recognizes that there's a really great dog who's going to need that little bit extra."