16 To The Rescue: Hercules

This pit bull mix at Hillside SPCA is looking for a forever home. 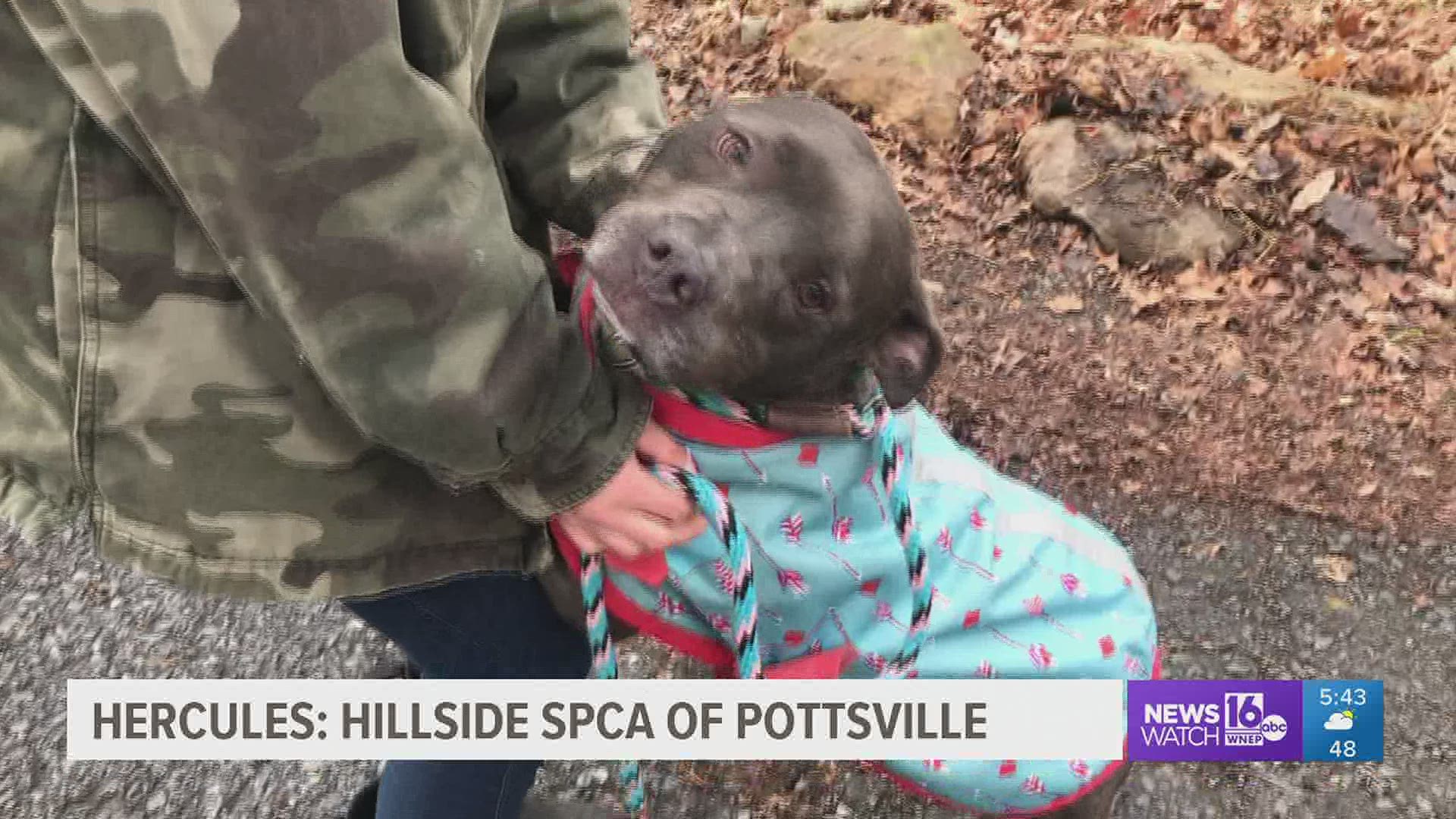 POTTSVILLE, Pa. — Hercules is an 8-year-old pit bull mix at Hillside SPCA in the Pottsville area.

"He's a really playful dog despite him being a senior. He's the sweetest boy ever. He loves hugs. He loves being the center of attention. He's great with everyone he meets," said SPCA worker Haley Weist.

Hercules gets overlooked because he can be dog selective. In his future home, he would prefer the company of a female, just no other males.

"He's such a happy dog despite everything that went on in his life, and him being at the shelter."

That shelter life has really taken a toll on his spirit.

"When he's in his kennel, he kind of paces back and forth. As soon as he sees someone walk past his kennel, he gets so excited, and he wiggles, and he gets so sad when it's not his turn to come out for his walk."

All Hercules wants is someone to comfort.

"I could sit in his kennel all day, and he would just lay right next to me. He's like the bestest friend you could ever ask for," Weist said.