Theo's former owner just left him at a Little League field in Taylor. 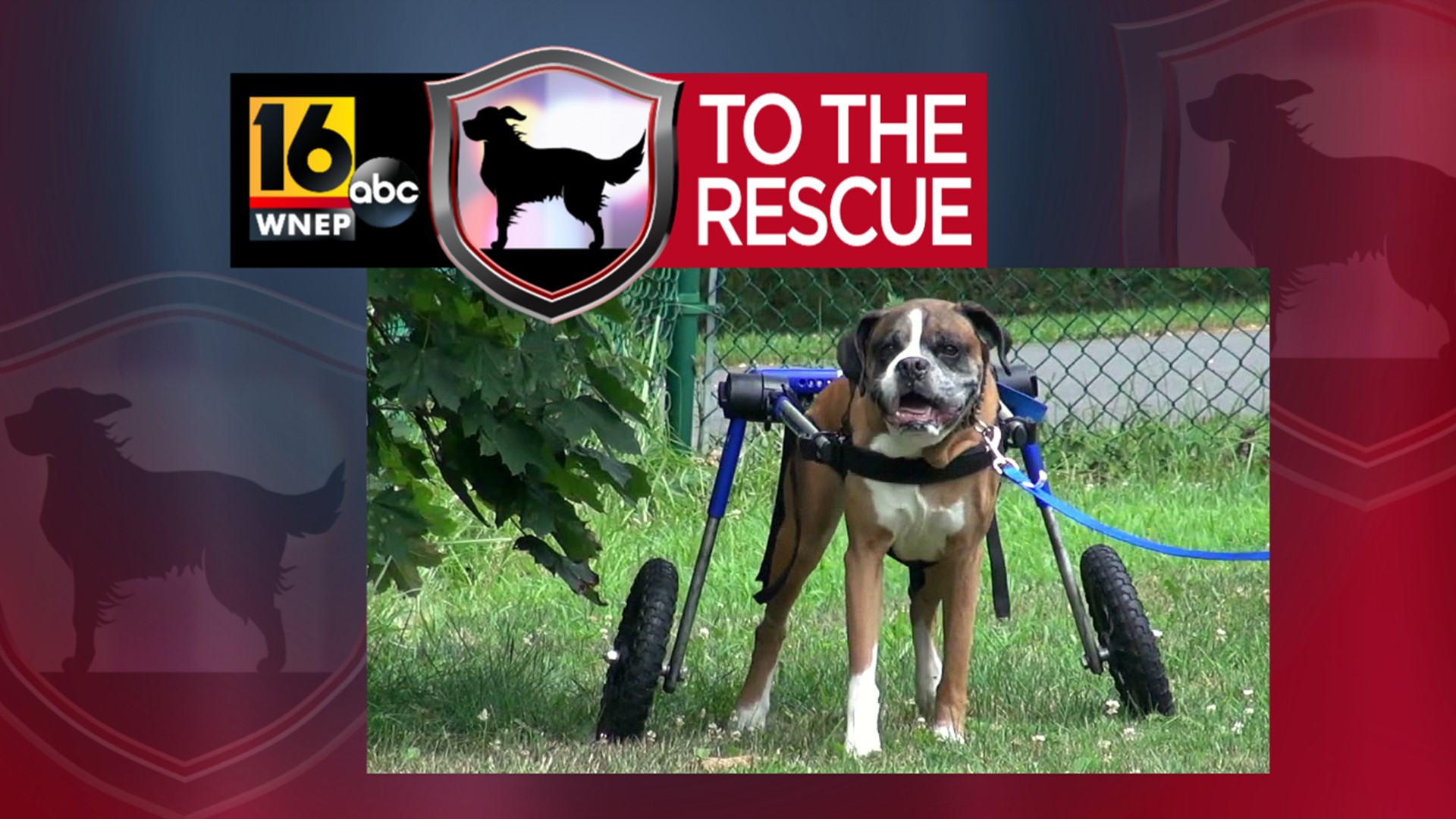 "He has a very unfortunate physical condition. He has a tumor on his spine and the tumor has caused him to lose feeling and function in his back legs, so he doesn't have the ability to put enough weight on his legs to walk," explained shelter worker Jimmy Mancus.

Someone saw the shelter's Facebook post about what happened to Theo and offered to foster him so he wouldn't have to sit in a shelter. Theo's foster dad even had a doggy wheelchair for him to use.

"He's actually very playful and one thing that has allowed him to do that is that we put him in a wheelchair, a doggy wheelchair, and that boy can go in that thing. He's amazing in that wheelchair," said Mancus.

Theo will need someone who can give him a push once in a while.

"It's going to be somebody who is willing to go those little extra steps with him to put him in his wheelchair and take him out and carry him and put him on the couch and do different things with him."

This wheelchair not only helps Theo get around; it allows him to just be a dog

Theo not only enjoys rolling with his humans, but he also digs the company of other dogs. In fact, he's currently living with a few of them.

"He's in his foster home now with three other boxers and he is doing amazing and he gets along with all of them, male and female, so he certainly can go into a home with another dog be it male or female.

Shelter workers know that there is someone out there with a huge heart who can help give Theo the forever home he deserves.

"We just have to find somebody who's willing to say, 'I'm willing to go that extra mile with him,' because you're certainly going to get that back in droves, he's really an incredible dog."

Theo's adoption has been sponsored so there is no fee to adopt him, and his foster dad has graciously offered to donate this wheelchair to whoever adopts him.