16 To The Rescue: Cats at Griffin Pond

The shelter in Lackawanna County has lots of kitties that need forever homes. 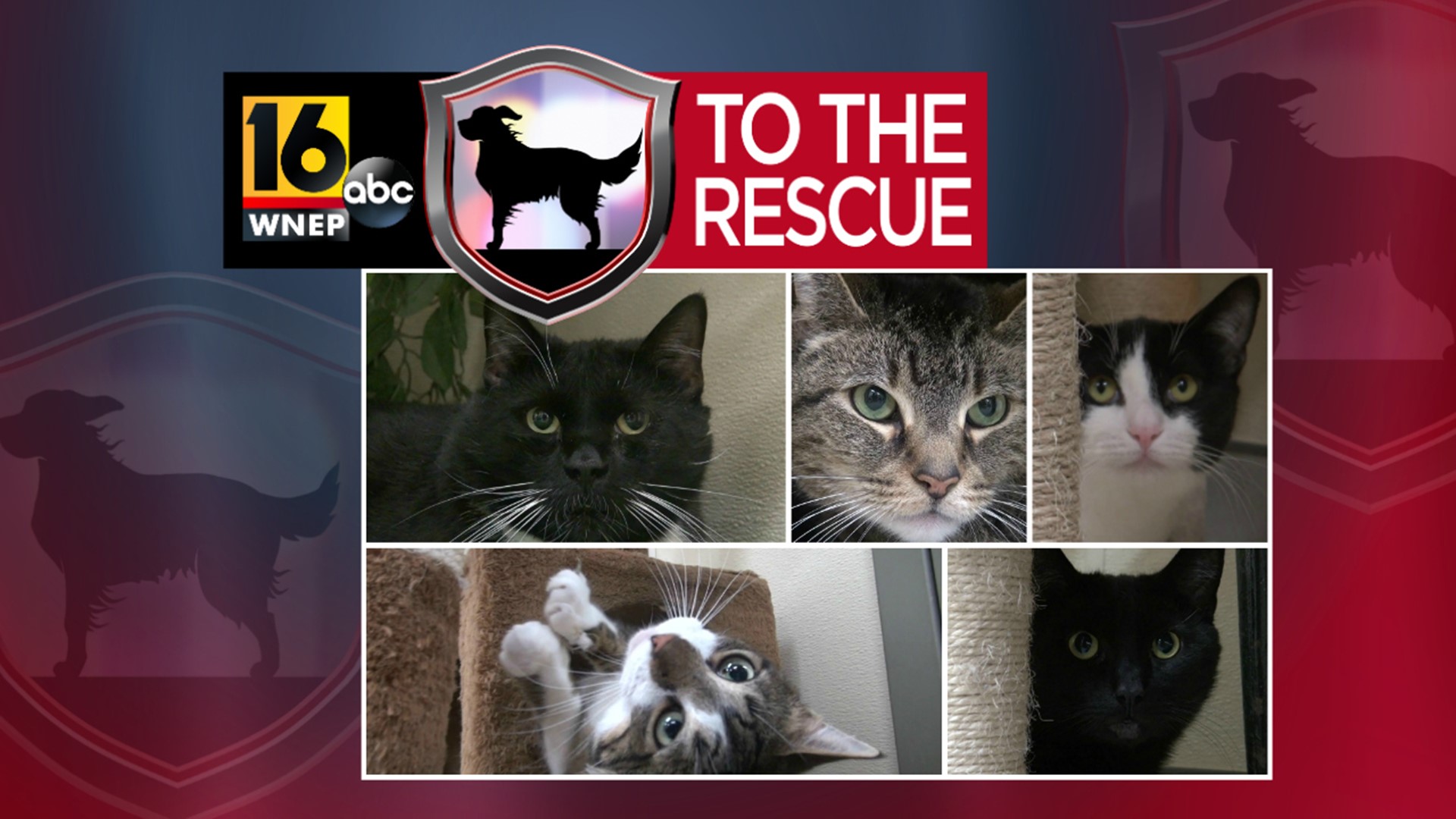 CLARKS SUMMIT, Pa. — There are plenty of cats available for adoption at Griffin Pond Animal Shelter near Clarks Summit.

Cinnamon and Percy are 10 years old, de-clawed, and good with other felines. Workers say they are close, so they will need to go into a home together.

"They like to do their own thing. They'll come to you for attention and that's really it. They're just lazy guys that just want a home to relax in," said shelter worker Michelle Franz.

Our next bonded pair is Angus and Sausage. They are around 2 years old and pretty relaxed. Angus is sweet but a bit timid.

"He's pretty shy for the most part, but once he comes out, he'll rub on you, love on you and everything."

Sausage takes some time warming up to people.

"He's a little bit more shy, so you'd have to work with him to get him to come out more but they are a bonded pair and do well with other cats."

Phillip is a little skittish with people but gets along with other cats.

"I would say once he breaks out of his shell, he would be pretty playful. He has to get to know you," Franz said.

Domino enjoys sitting on your lap, being brushed, and most of all, food.

"He's a big fella. He likes to eat. He does do well with other cats but ideally, he's an attention hog and he would like to be by himself."

Our final feline up for adoption is Benny. He's a lover and quite playful. When Benny first came to the shelter, he was shy, but now he vies for all of your attention.

"Oh, my goodness, the second you touch him he's fallen, he's making muffins, he loves you."

RELATED: 16 To The Rescue: Freddy, Tabitha, and Sigmund

RELATED: 16 To The Rescue: Daisy

RELATED: 16 To The Rescue: Gus