Bo was brought in after his owner passed away. 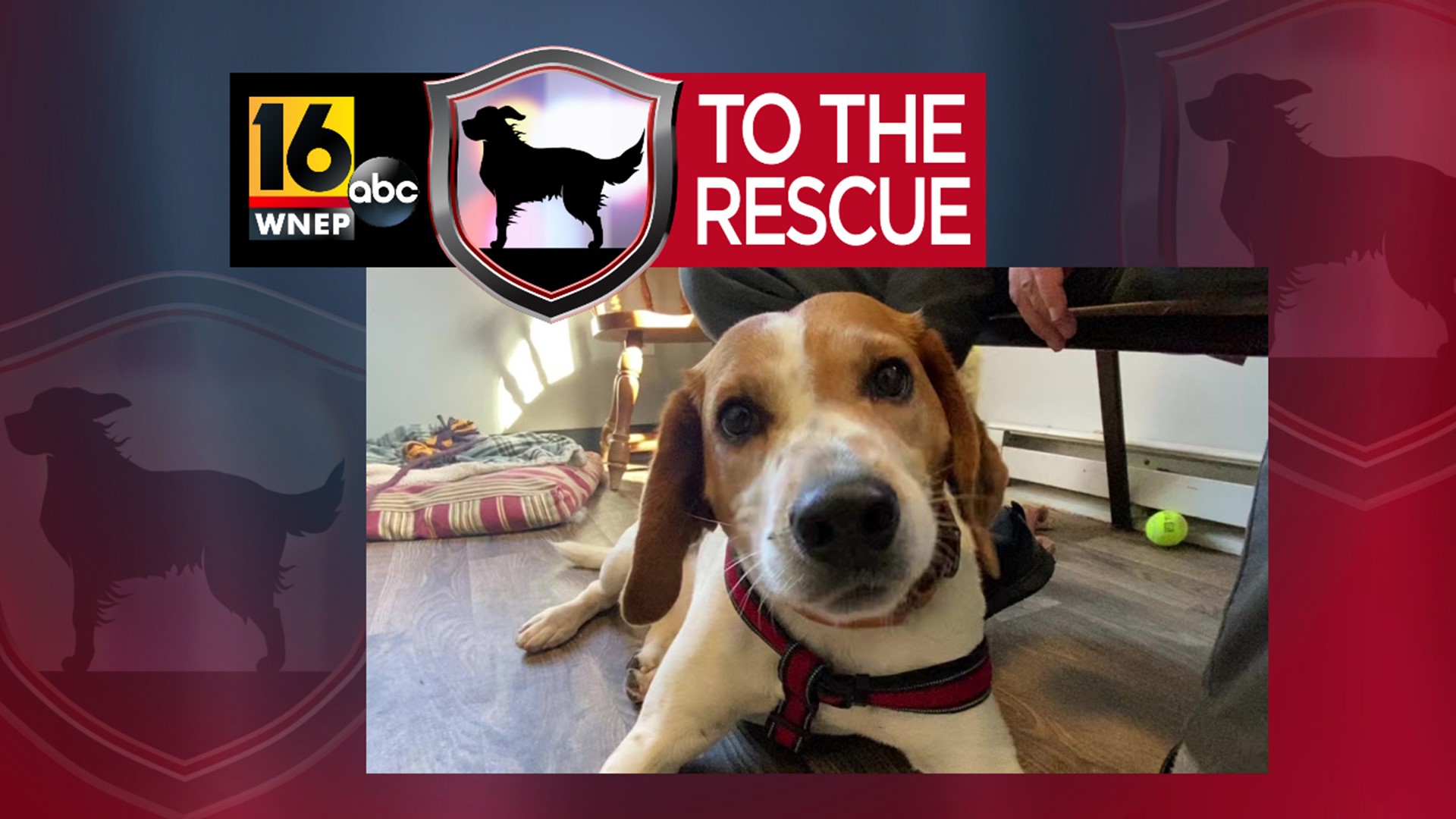 HONESDALE, Pa. — Bo is an adult hound mix at the Dessin Animal Shelter near Honesdale.

"He'll sit with you. he loves to get belly rubs and pets. He loves to walk and sniff. He loves being outside," said shelter volunteer Linda Gambone.

If you're familiar with the breed, you know that hounds always follow their nose.

"Somebody who has a nice big yard for him to run around, hopefully, fenced-in because he has that hound dog personality where he'll follow a scent and maybe keep going."

Bo is happiest when he's out in the elements.

"He's very active. When he's walking, his tail is wagging all the time."

He also enjoys quality time indoors with his humans.

"He'll sit with you. He loves to get belly rubs and pets."

Bo would prefer to be the "one and only" hound in his future home.

"He's a little bit particular of other dogs, so he'd probably be best in a home where he's the only dog. However, we often have a meet-and-greet to see how it works out," Gambone said.

Shelter volunteers are hopeful that someone will scoop up this boy.

"If you know the hound breed, you understand them. That's important, and just give him some outside space and time, and he'll be kind of a best buddy with you."

If you're interested in adopting Bo, get more information here.