Wyatt was brought to the Dessin Animal Shelter as an owner surrender. 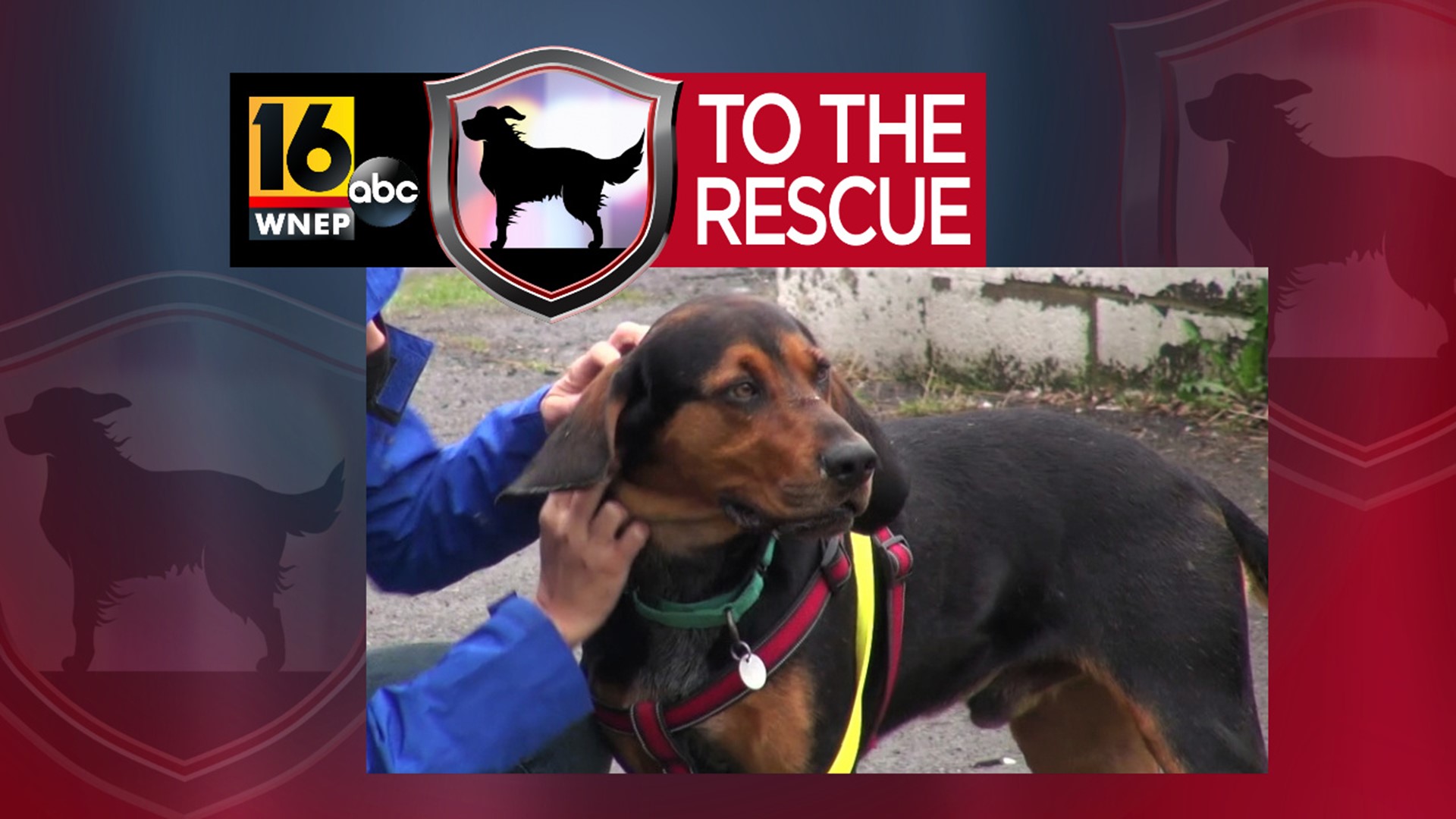 HONESDALE, Pa. — Wyatt is a 3-year-old coonhound at the Dessin Animal Shelter near Honesdale.

Being a hound dog, Wyatt always follows his nose.

"He loves nose work, you know, that's his thing when we're on walks with him. So that's why we're looking for an active family for him and someone who's going to let him use his nose to find good stuff."

Wyatt is smart, knows all of the basic commands, and will do anything to get a treat.

Wyatt would thrive with someone who will keep him active

"Whether its hiking, maybe a big area to roam on their property where he can be safe, because his nose will get him into trouble."

This hound also enjoys his downtime.

"he's actually very sweet. He cuddles. He's a big baby. He'll probably sit on your lap and just wants to be loved."

Wyatt is said to be skittish around cats, but he's fine with dogs.

"He's got friends here, but we haven't found anyone that he totally melds with, that he can actually have play dates with, but he's fine walking with other dogs and being around them."

"He's irresistible, he's adorable. We all see that in him. So if you're willing to just kind of always be there for him and keep him busy, he's going to be the perfect dog for you."

If you're interested in adopting Wyatt, get more information here.