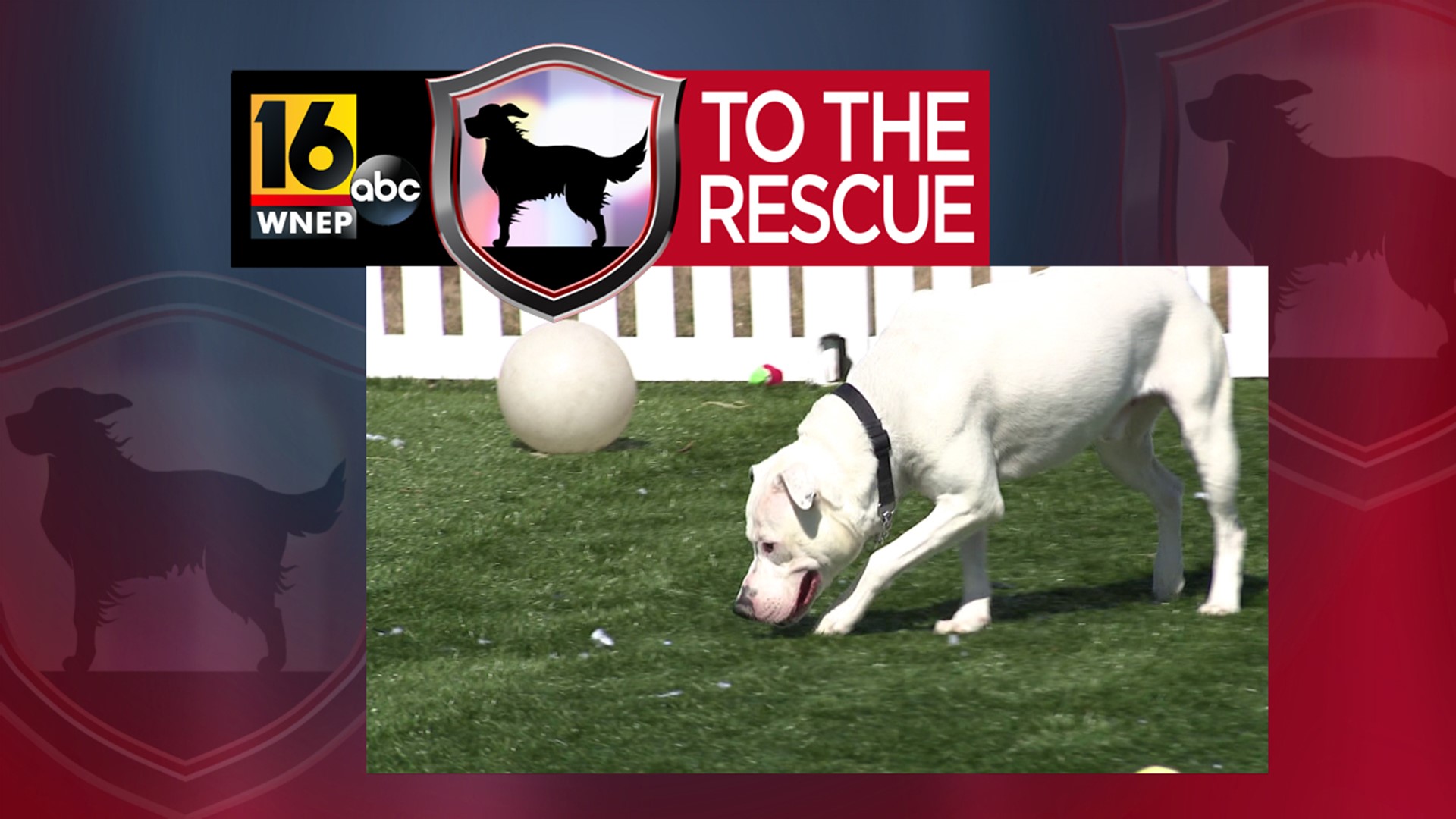 "He's been here since September of 2018. A very sweet dog, a little shy, a little skitsy, but there's nothing to worry about with people. No real reactivity of anything like that, said Jimmy Mancus, Griffin Pond.

His hope is to get this boy comfortable with other dogs.

"He's been here a long time and he's probably never been socialized, at least to the point that he should've been. So he gets a little scared when we try to introduce him to other dogs," said Mancus.

When I met Sully I couldn't believe that he hasn't found a home yet.

This boy loves to run, jump and play ball.

It's his behavior in the kennel that Mancus believes keeps him from getting adopted.

"So I think that's probably the reason he's been passed over so often. It's because he barks and people look at him and think he must be a mean dog and it's on to the next one," said Mancus.

Someone just needs to let him out and see him be a dog.

Sully is also very smart. He knows plenty of tricks and will sneak in kisses when you least expect it.

Mancus assures me, there's not a mean bone in Sully's body.

"He doesn't have a reactie bone in his body. You don't have to worry about that one day that people worry about, oh he's a pit bull something is going to happen, I know it," said Mancus.

Sully would settle in anywhere. As long as he gets to burn off some of that energy and as long as you're open to giving him plenty of belly rubs.

"You don't have to worry about him with kids or anybody else. So anybody who really wants just a nice dog, a sweet dog that's going to be playful, said Mancus.