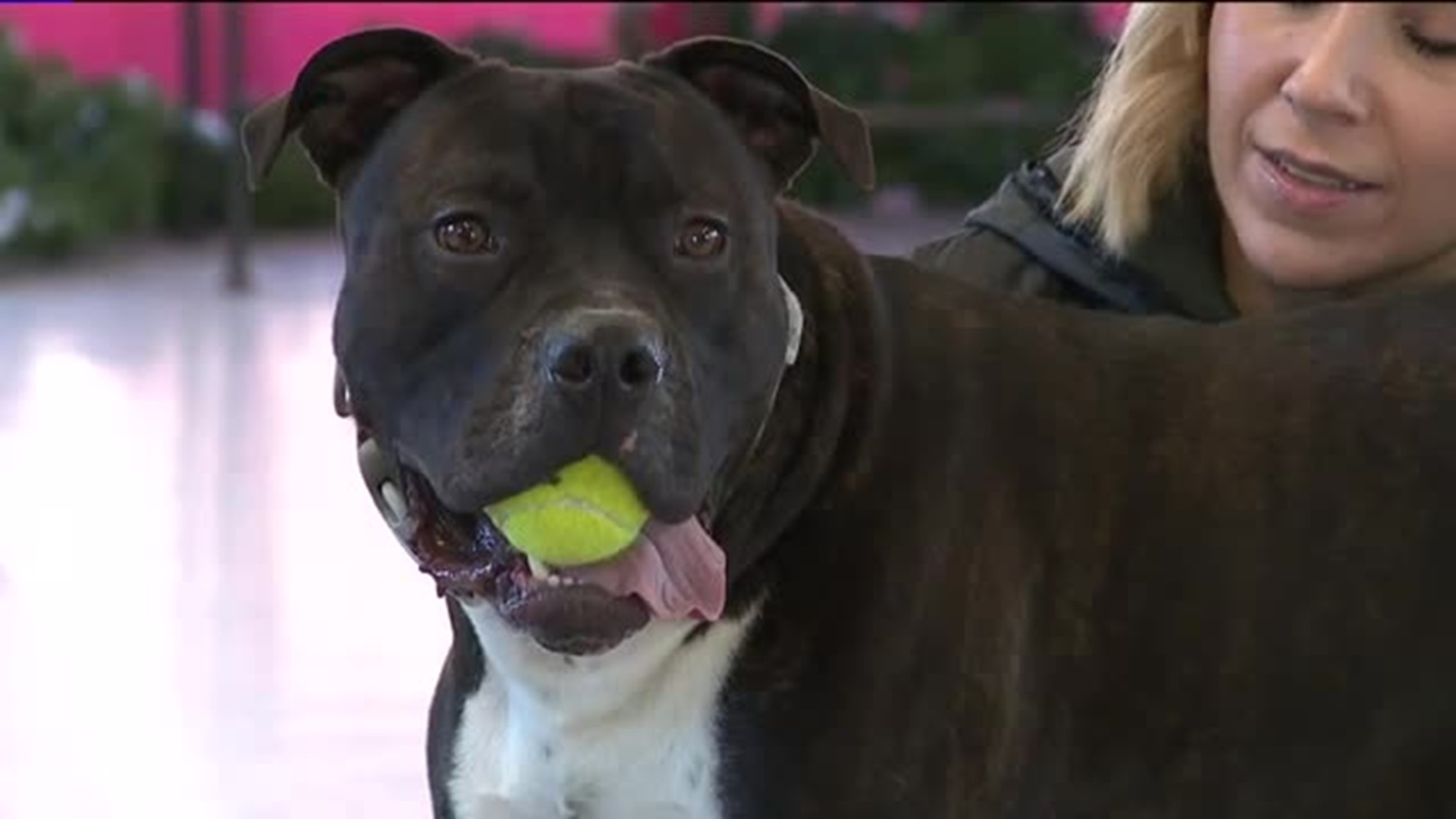 "People come and look at him and say that he's so sweet and nice and then they move on to the next dog," stated shelter worker Jimmy Mancus.  "Hopefully we can change that because look at him, he deserves somebody, he's awesome."

Like most dogs in shelters, Rocky doesn't always show his good side when he's in the kennel.

"When he's in that kennel and he's got a toy and he starts shaking it, people are like, 'My God, look at the size of that mouth,'" said Mancus. "He's just a big baby, a big baby."

Rocky plays well with other pooches and is quite keen on people but he'll need a home that can handle his size.

"Small children, under middle school age, might be a little iffy," says Mancus. "It's not because there is any reactivity and you don't have to worry about aggressive behavior. It's just that if he gets going and starts running across the room, he doesn't stop. We don't want him to barrel anyone over."

Shelter workers say don't judge a book by its cover.

His adoption has been sponsored, so there is no fee to adopt him.