Riley has a knack for connecting with people and making them laugh. 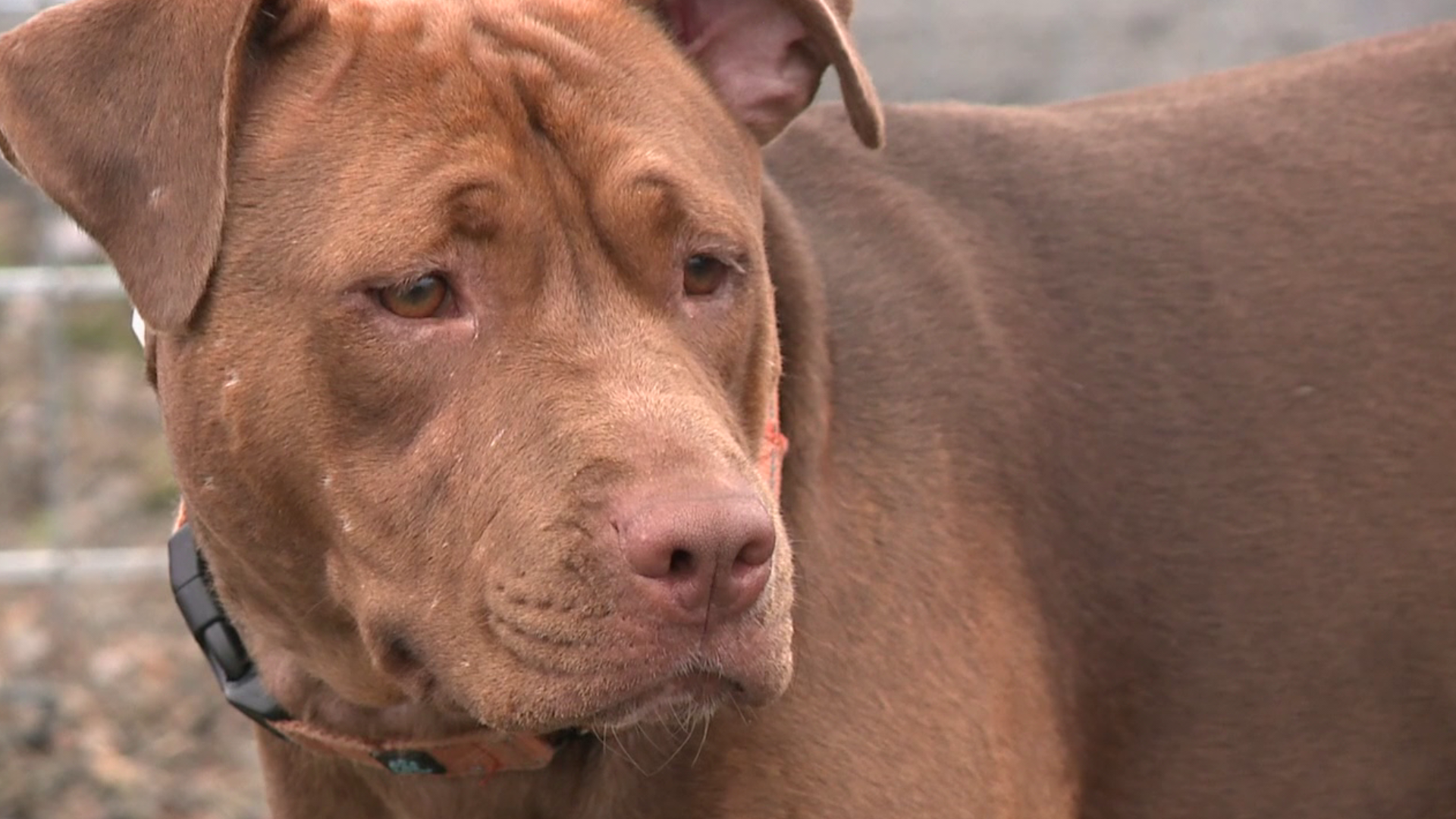 This pretty pooch is Riley.

She's a 4 year old pit bull mix and is currently in a foster home with 4 Paws Sake PA in the Milton area.

"She likes to cuddle but she also likes going hiking. She would love a home where they took her for a ride on a daily basis," said Angie Cooper of 4 Paws.

Riley adores people and knows how to connect with them.

"She makes really good eye contact. That's sometimes something you actually have to train a dog to do because they're not always comfortable with that with humans."

Riley has quite the personality and has no problem playing dress up to stir up a few laughs.

"On our Instagram there are pictures of her doing the silliest things in a little chefs hat making cake, kind of, playing cards, that kind of stuff," said Cooper.

Riley would blossom in a home with older children.

"There's just something about them. they tend to be a little calmer than the little ones but they still have the energy about them that she finds appealing,"

And although Riley will need to be an only dog, Cooper says, "she loves cats, and I mean it's just strange. I'm not going to lie."

In fact, she has been bonding with the felines in her foster home.

"She currently lives with two cats and she shares the water bowl with them. I believe she has cuddled with them, so yeah, cats."

Riley just wants to be a part of a family.