16 To The Rescue: Pumpkin

Pumpkin came in as a surrender. 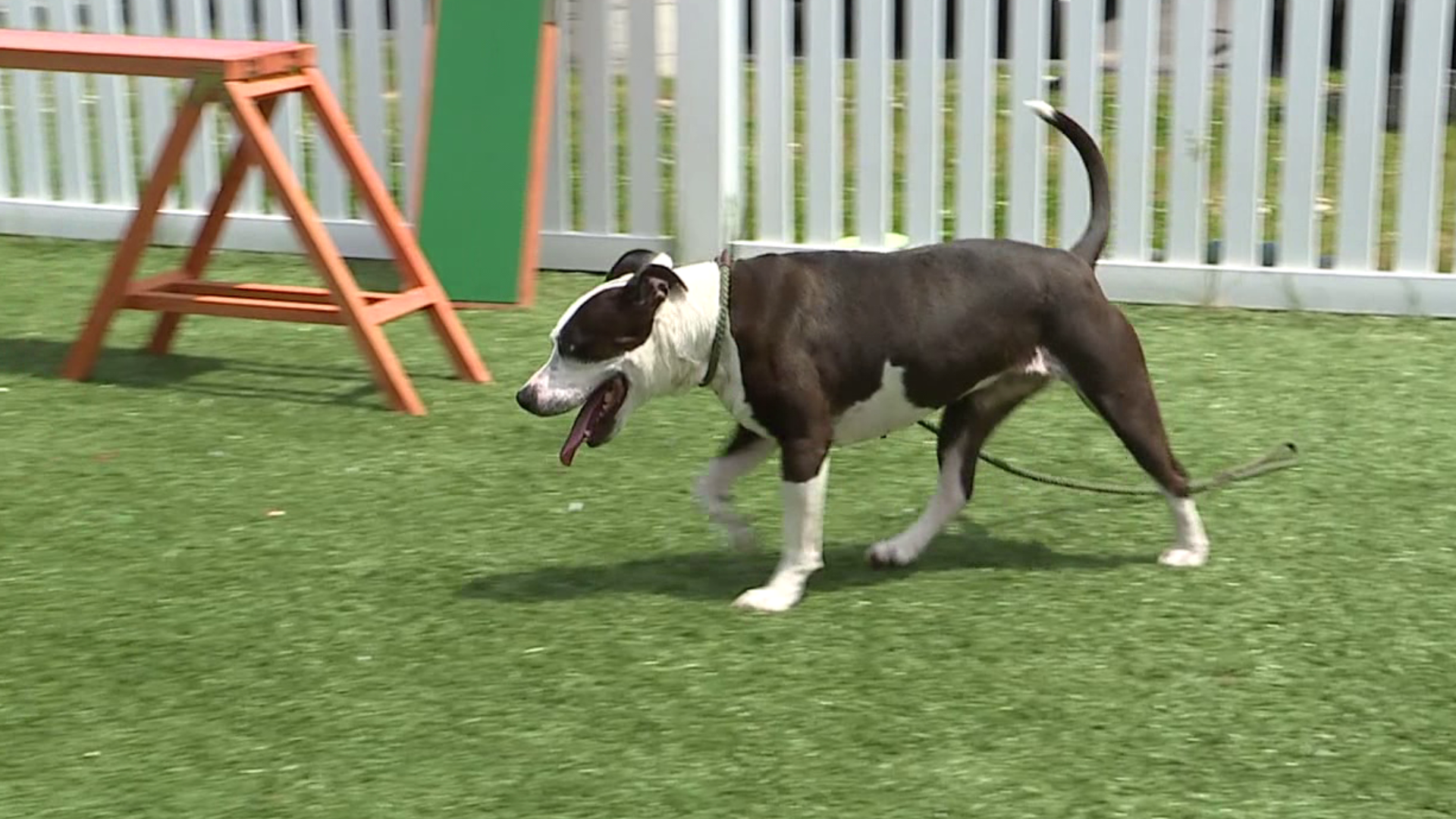 Pumpkin has been here for over 6 months.

She came in as an owner surrender.

"She's an absolute doll. She loves everybody here. I have nothing bad to say about her at all," said Nickolas Moczulski of Griffin Pond.

Pumpkin is quite the peach, but she can be pretty shy at first.

"she still needs slow introductions with some people. She prefers no kids, no cats," said Moczulski.

"She seems to be really scared of other dogs, so I think over time she would be perfect, but right now, we're stating her as manageable. If you have another dog, we will give it a try," said Moczulski.

Pumpkin is pretty playful and will roll over religiously for belly rubs.

This girl is also quite special - that's because she's an emotional support animal.

"She is actually an ems certified dog, which is great. So someone with emotional issues or something like that, or has depression. It probably would be good for her just to keep up with that training," said Moczulski.

Pumpkin would thrive in a certain type of space.

"A more physical type of home, very low traffic though with someone that's by themselves or maybe have a small family. So something that she could be active, running, get all her stress out," said Moczulski.

Shelter workers believe that once you meet Pumpkin, you'll fall in love.

"I hope that someone would love her the way everyone loves her here. I mean, she's absolutely housebroken, and she's a doll. She loves being a couch potato. She loves playing. She loves running," said Moczulski.

If you're interested in Pumpkin, you can find out more information here.