In this week's 16 to the Rescue, we meet an 11-year-old lab mix named Max who's owner got too old to care for him. 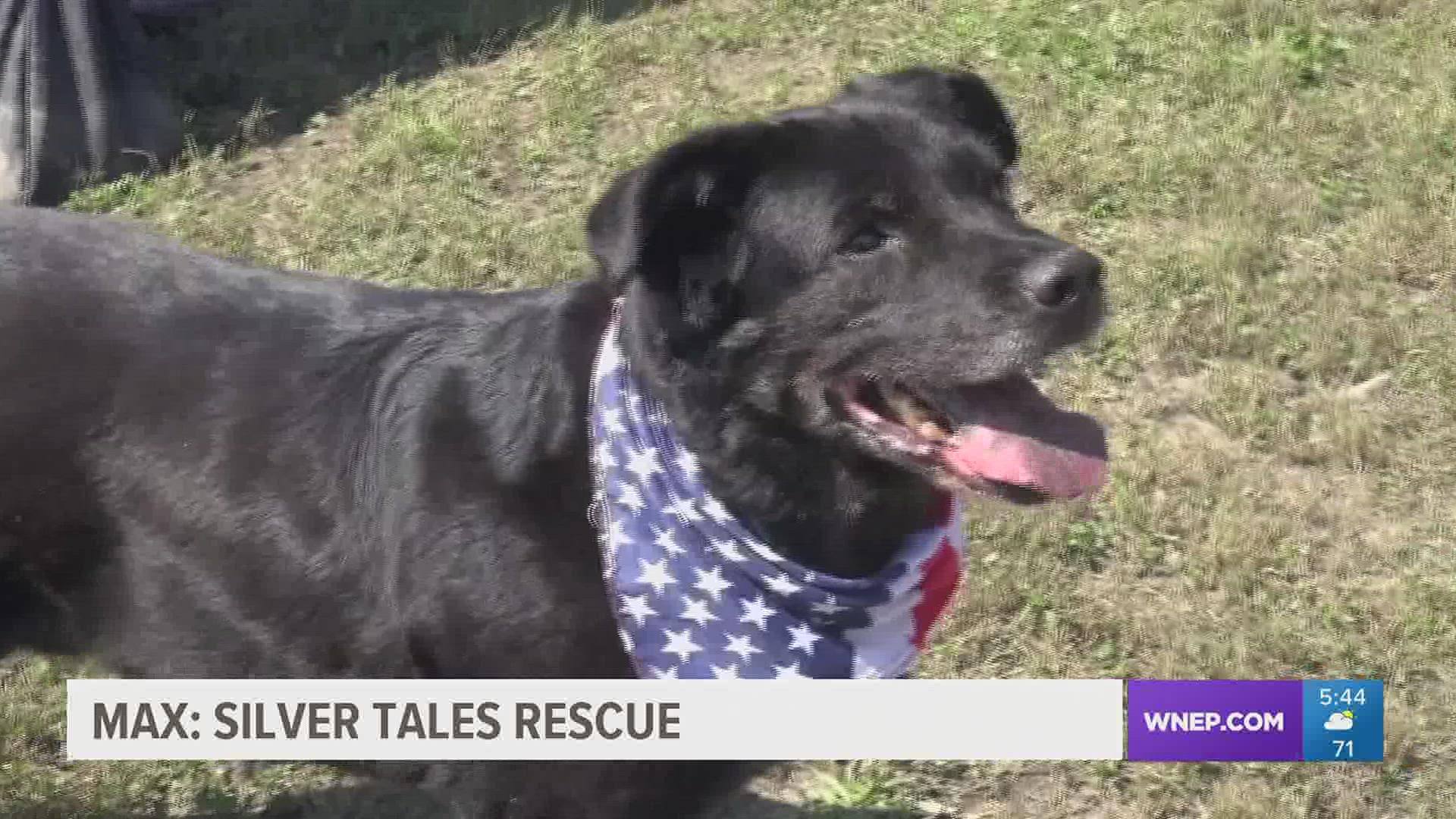 CARBONDALE, Pa. — Max is an 11-year-old lab mix who is looking for the right family to love him. His previous owner became too elderly to care for him, so he has been in a foster home for the last few months.

Rescue volunteers say he is too sweet for words, a cuddler, and is ready to be adopted.

"He's a good boy. He gets along with everyone in the house. Cats, dogs, chickens, everything. He does like his one-on-one time, so less animals is probably better only because he does want a lot of one-on-one time, highly food motivated," said Silver Tales Rescue volunteer Kristen Anderson.

That was evident as soon as we met Max. And so was how friendly he is. He instantly hit it off with a dog he just met at a dog park in Carbondale during our interview. But because Max is 11, his new family should be aware of his weaknesses.

"With Max, the only known issue currently would be an issue with his back legs, which happens with seniors," Anderson explained.

Although you would not know it when treats are involved, fewer stairs would be better.

"I think he will find his person, he's going to lay down next to them. Even when you're in bed, he lays on the side on the floor. He's very content, and he's also able to be crate-trained. So, whatever your preference, he's pretty flexible when it comes to that," Anderson said.

You can meet Max at a rescue event called Canines in the Country at Carlton Drake Memorial Park in Newfoundland this Sunday, September 12, from 11 a.m. to 3 p.m.

You can find contact information for Silver Tales Rescue by clicking here.