This friendly feline has been a resident of Blue Chip Animal Rescue for nearly two years. 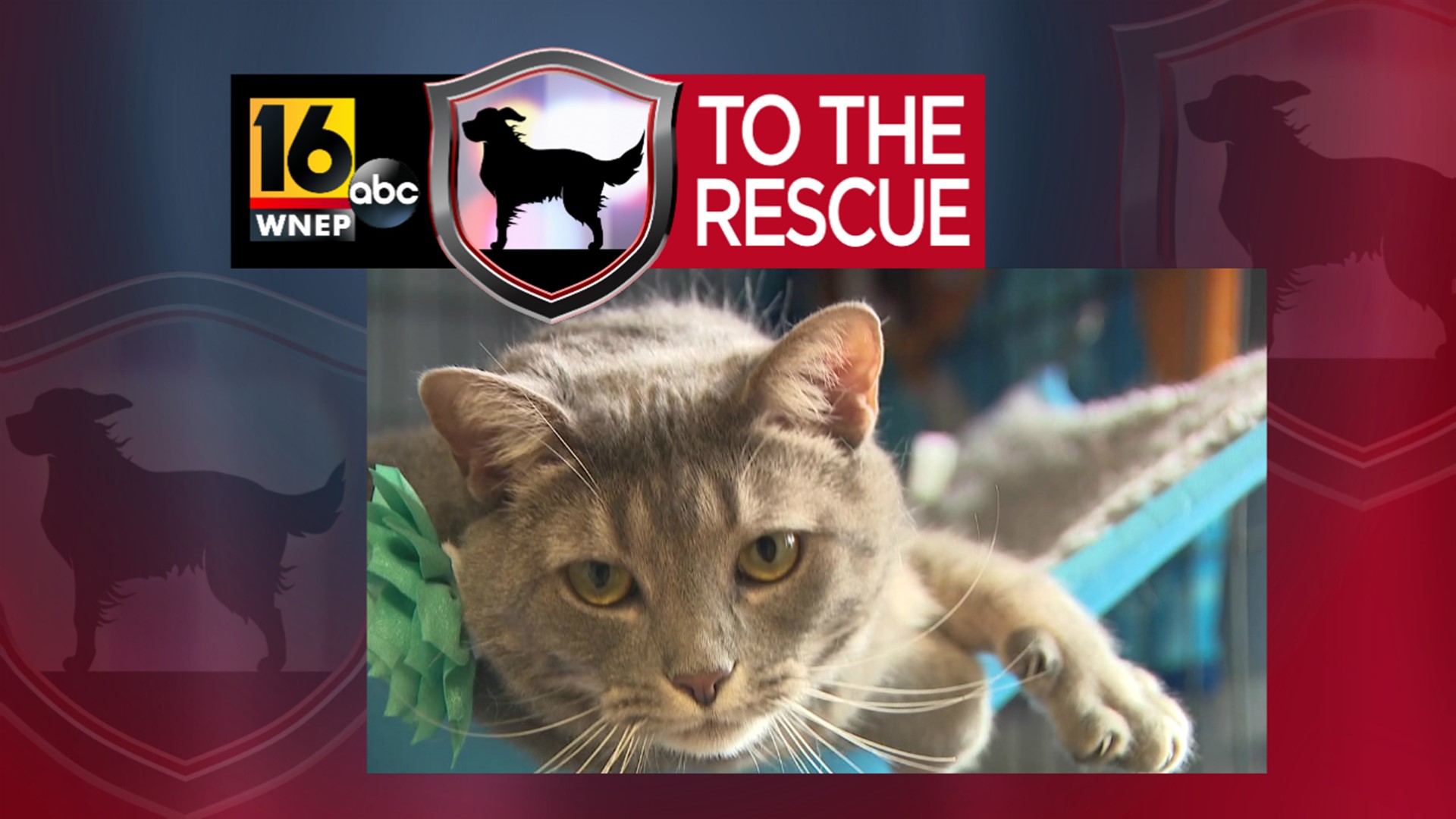 DALLAS, Pa. — Volunteers at Blue Chip Animal Rescue believe Lily keeps getting passed by because she has a urinary tract issue and has to eat special food.

"I think the special diet turns a lot of people away. It's really not that expensive. Of course, we would sponsor the first month of food for her and we would send her home with the wet and the dry," said volunteer Charlene Tarnalicki.

Lily is estimated to be 3 to 6 years old.

"She is very sassy, full of energy. She put on a little weight since she's been in the cage, which is sad. We do let her out when we're here, but she has to be monitored so she doesn't eat regular food."

Lily wants nothing more than a little love and attention.

"She is very friendly, she's very affectionate. She loves pets and head bobs and everything."

Lily can be sassy at times, so it's preferred that she be the solo feline in her future home.

"She gets along with other cats but she's selective. No fighting but she'll hiss to let them know that she's boss. She has to be boss," Tarnalicki said.

This lovable lap cat is a volunteer favorite and would make someone the "purrfect" companion, especially during this period of social distancing.

"She's a really good cat. I think she would make a great cat for somebody especially during these times when you're lonely. She'd be the perfect company."

If you are interested in Lily, get more information here.