16 To The Rescue: Liberty

Liberty was found back in February in pretty bad shape. 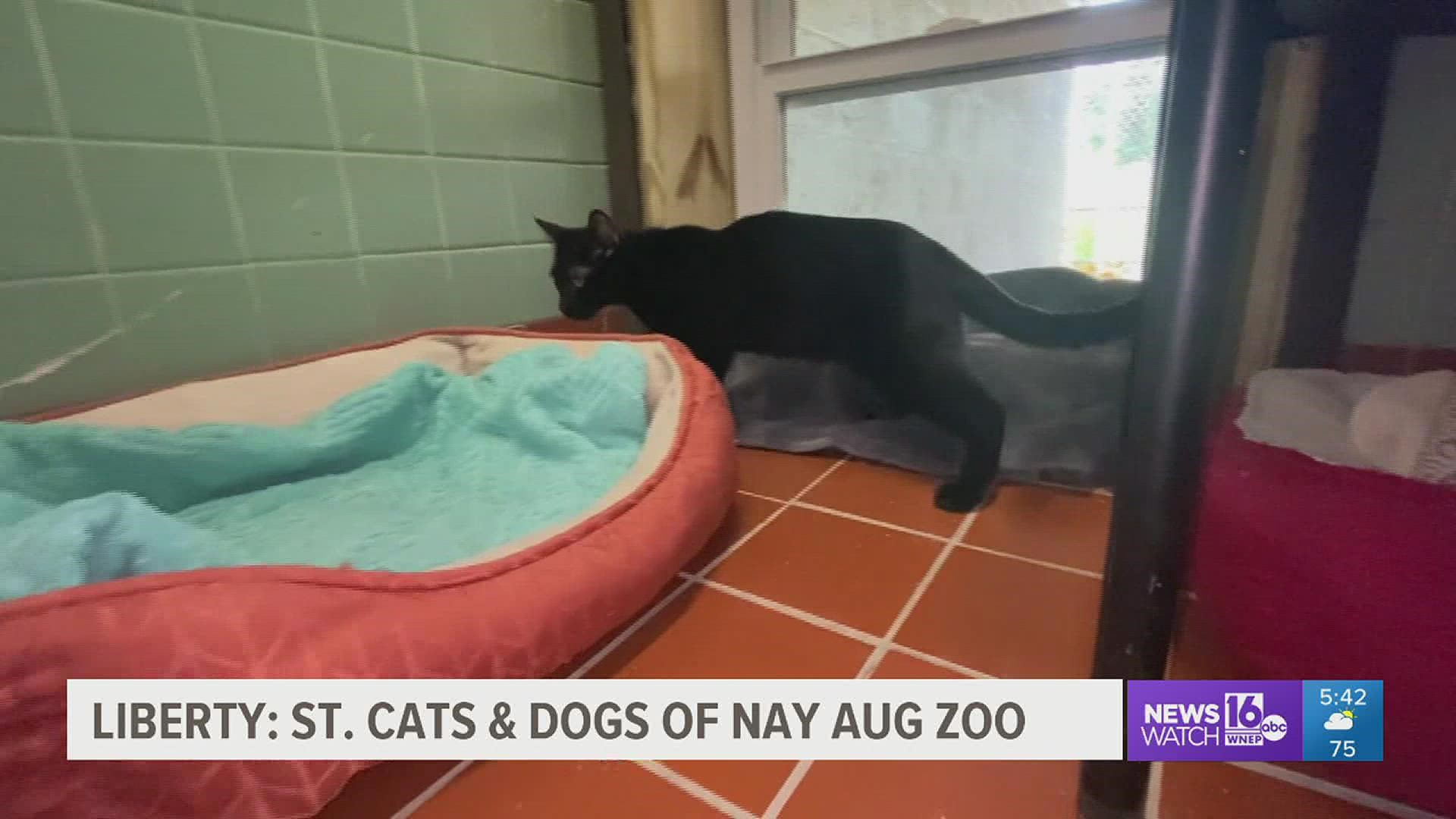 SCRANTON, Pa. — Liberty is a 3-year-old cat at St. Cats and Dogs of Nay Aug Zoo in Scranton.

Liberty was found back in February in pretty bad shape.

"It was very cold out and a family was walking their dog. the dog actually alerted them to the cat and he was an adult cat but was only three pounds when he was found," said Katrina Organ, volunteer at St. Cats and Dogs.

In addition to being severely underweight, Liberty had ulcers and eye infections in both eyes.

He was also on the cusp of sepsis, so he wouldn't have survived much longer.

"We were able to do a unique treatment where they took his blood and made a serum of eye drops and that was able to heal his eyes, so he can see," Organ said.

Liberty is a shy guy, so it takes him a bit to warm up to people.

"With certain volunteers, he'll give them the belly flop, he just loves it. he just needs someone with a little bit of patience and a quiet home," said Organ.

Liberty gets along with other felines.

In fact, he currently shares a kennel with Manya; she's also available for adoption.

Volunteers are bummed that not many people are interested in Liberty.

"Because he's just that plain black cat and doesn't have that unique look. people don't take the time to get to know his personality," Organ said.

But if you do take the time to get to know him ...

"He would be a great companion and he can be very playful, so he would just be a great addition to any home," added Organ.