Korra was brought to the shelter over the summer as a stray. 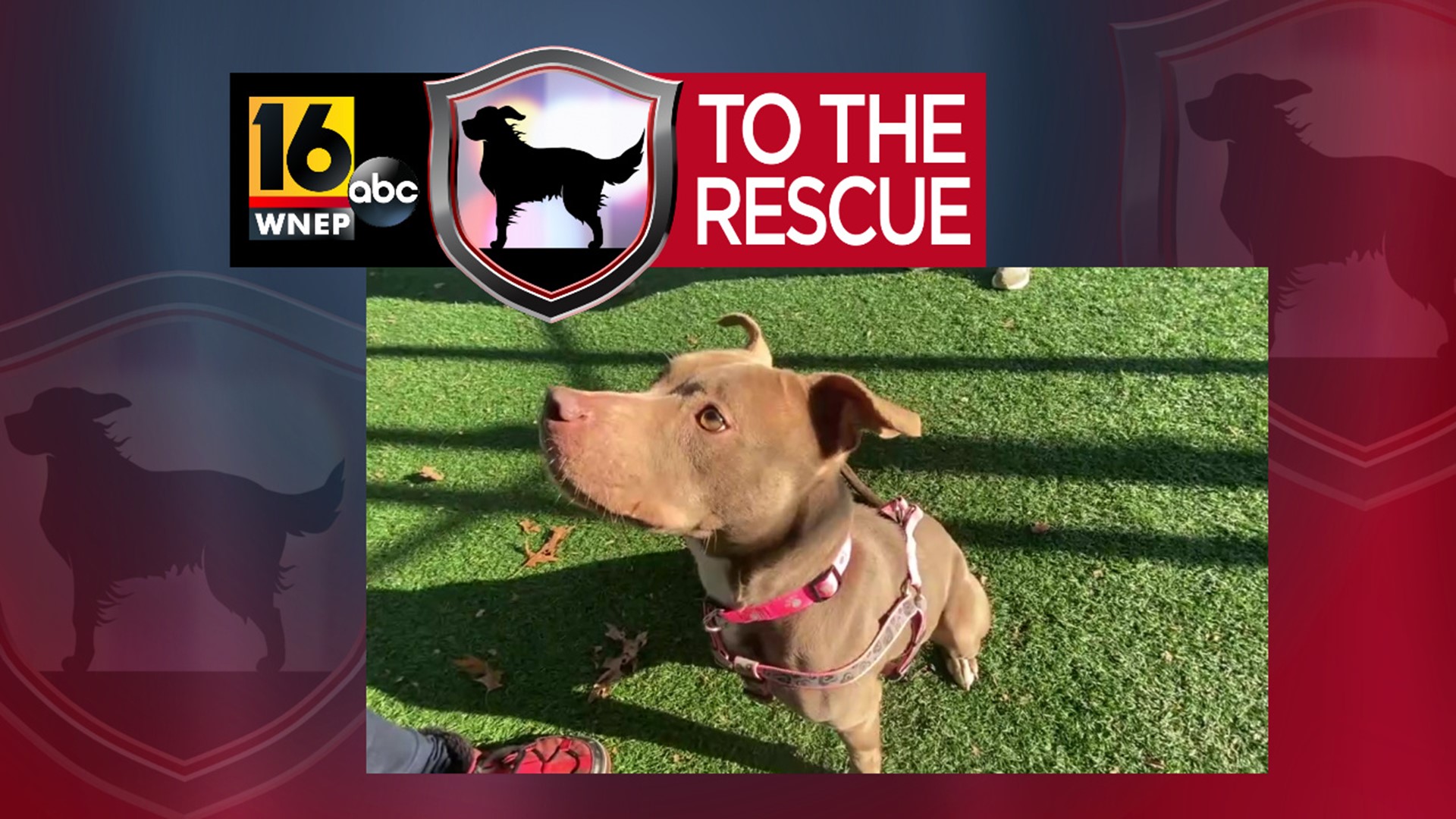 WILKES-BARRE, Pa. — Korra is a 2-to 3-year-old American pit bull mix at the SPCA of Luzerne County near Wilkes-Barre.

Korra was brought to the shelter over the summer as a stray.

"In July, she came in, she's definitely our longest resident. We're doing everything we can to get her a home," said SPCA worker Erica Thomas.

Korra is a playful gal, but only with people. She's not a fan of other animals, and due to all that pep, the SPCA recommends no young kids in her future home.

"She is pretty high-energy, so we're just afraid she might knock over a kid, just being goofy and stuff."

Shelter workers say that some people are only drawn to Korra because of her looks, and that's why she hasn't been adopted yet.

"Obviously, she's a very pretty dog, but she does need training and stuff, just basic obedience and walking on a leash, so we really just want to set her up in the perfect home where her needs will be fulfilled," Thomas said. "She's an amazing dog. Once she gets into a house and stuff, she'll be perfect."