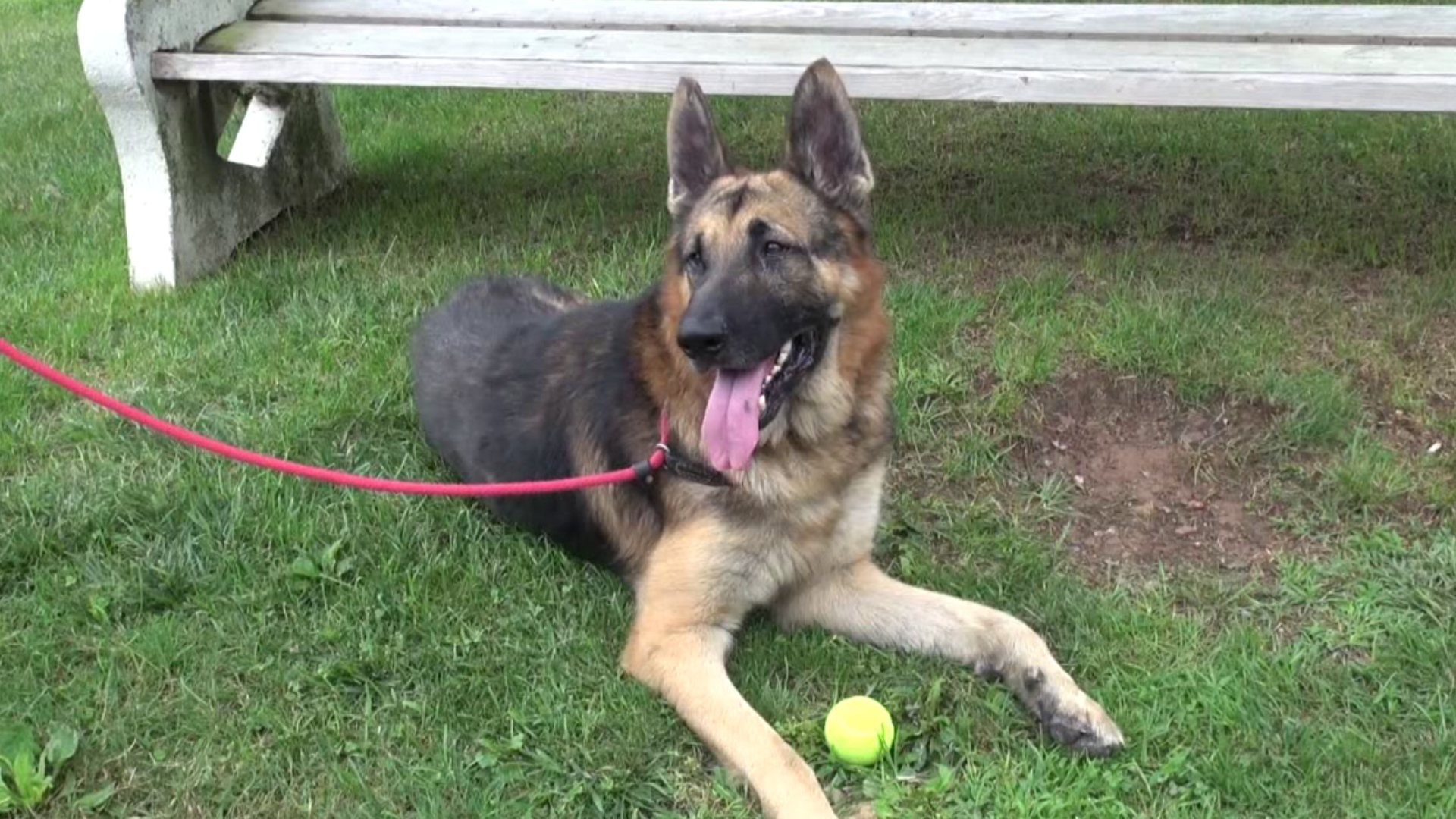 "He came to us in really bad shape. He is about four. He came to us with very little hair on his body and has heartworm. So we've treated a lot of his skin conditions and he goes in next week for his heartworm treatment," said Dian Buhl, Char-Wills German Shepherd Rescue.

Shelter workers say it is not uncommon to see these kinds of skin conditions on dogs picked up as strays, and his hair is already growing back.

"As he gets into a stable home, and one that puts him on a great diet, I think you'll see an improvement in his skin," said rescue worker Shannon Mandel.

But because of his heartworm treatment, if you do adopt Hugo, he would only be able to do short leash walks for about two months. After that, he will be ready to thrive in his new home.

"Sounds like a dating game. He likes long walks in the woods. He likes his breakfast lunch and dinner. He's real pleasant," Buhl said.

Hugo is very approachable, even with people he's never met.

"Excellent job Hugo. This is the first time I'm handling Hugo. He is totally comfortable with new handlers," Mandel explained.

Hugo would probably prefer a home without cats but he is okay with female dogs. He also likes to have his human attention all to himself. Shelter workers say they have not seen him around younger kids, but he does well with older kids.

"He would make a real nice pet for anyone who likes a German Shepherd. We always tell people they do shed a lot and they can be overprotective. But he's got all the nice German Shepherd traits about being loyal. He loves to give paw for treats," Buhl explained.

"He's an absolute joy to be around. He wants to please his humans. He's great. Anyone that gets to adopt Hugo is going to be an amazingly lucky family," Mandel added.

If you think you can be that lucky family, click here for Hugo's adoption information.