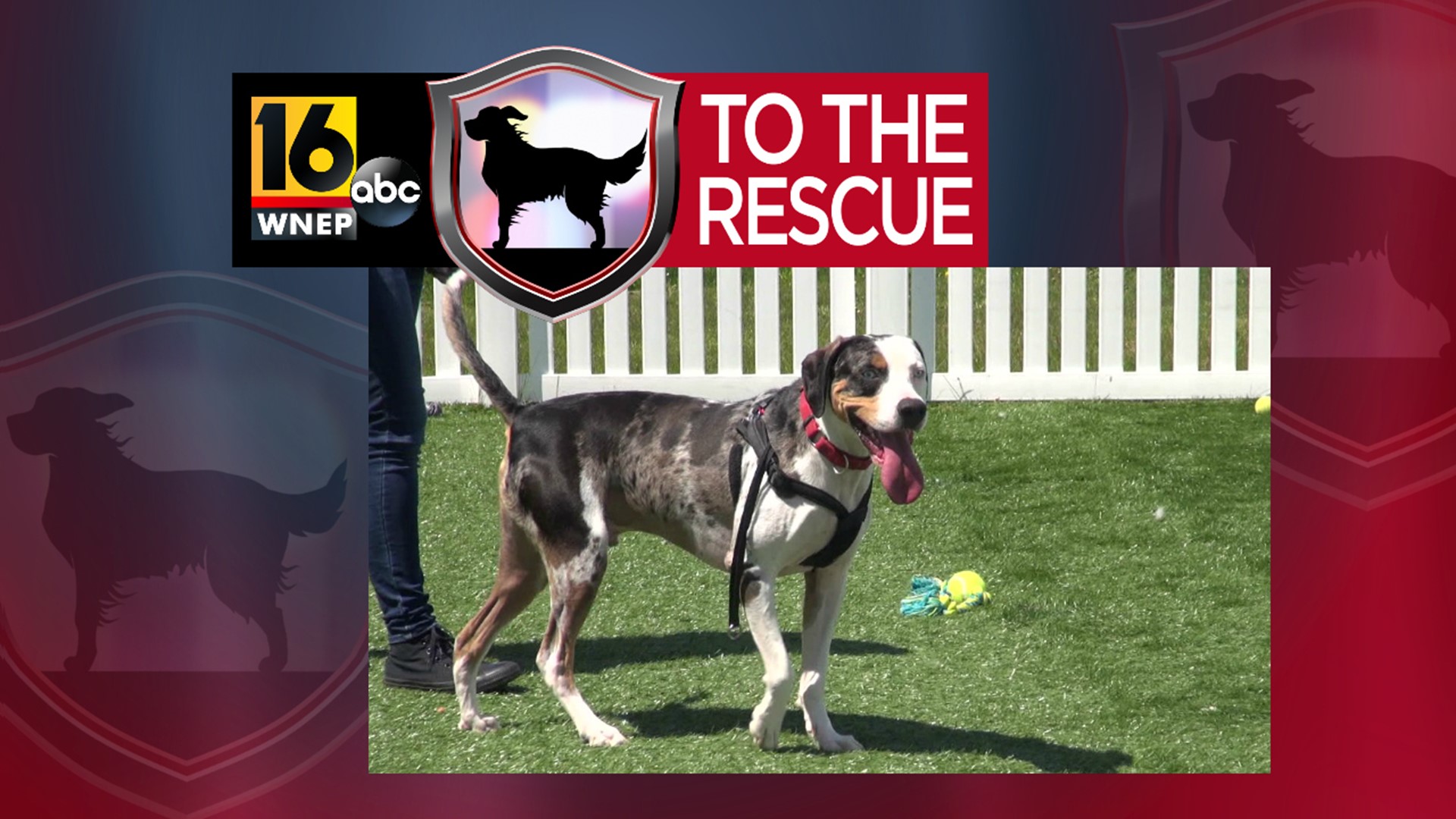 Dogs like Gus were bred specifically to drive hogs in Louisiana.

The best fit for this dog would be a hunter or someone who is very active because having that drive is in Gus' blood.

"He has to be worked in order for him to stay and be healthy and be the best that he can be. He can't be cooped up all day. He's not going to be that dog where, well, just leave him at the house and walk him once. he has to get out there and he has to run."

Gus is sweet, friendly and is by no means aggressive, but that drive can be a lot for some folks.

"People sometimes want that docile kind of laid-back family dog and that's not him, that's not what he was bred to do."

Due to his drive, it's suggested that Gus be in a home without kids.

"I would rather him be the only dog in the home. Not to say he couldn't, it's very possible, like I said he has gotten along with other dogs, but he is protective by nature and that something to take into consideration," Mancus said.

If you're a hunter and looking for a dog with drive that will always be right next to you Gus is your guy.

"We're in a hunting state and I think people are always looking to have that perfect hunting dog."

Or if you thrive on going on hiking ventures, this boy will no doubt keep up with you.

"I'm looking for that perfect dog that's going to be alongside of me, that's Gus. If that's what you do, that's your background, that's what you love to do, Gus is your guy."

RELATED: 16 To The Rescue: Katniss

RELATED: 16 To The Rescue: Remi

RELATED: 16 To The Rescue: Patches