A year ago, Chico the Chihuahua could not walk and was screaming in pain, but now he is doing so well, he is ready to be adopted. 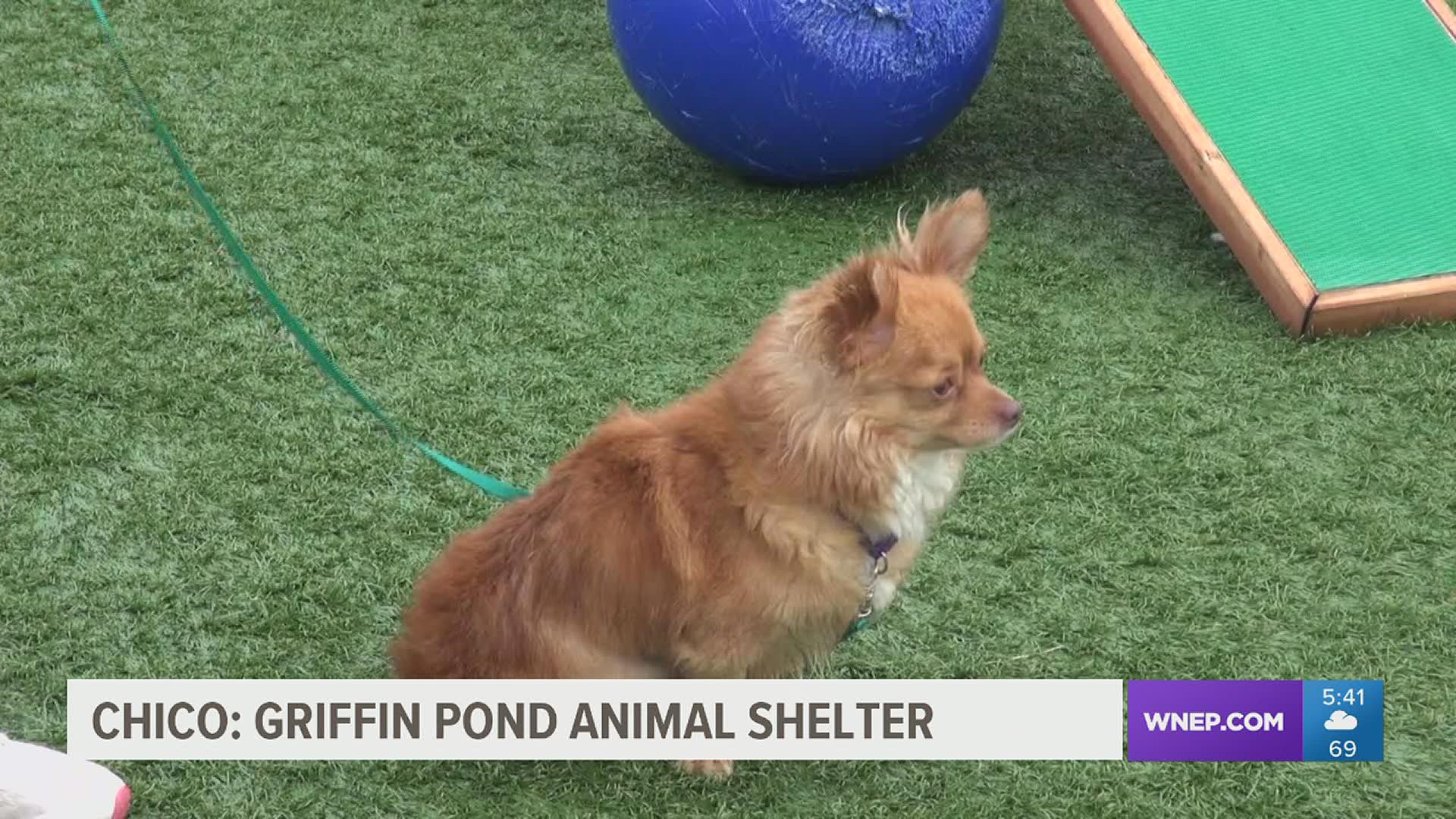 LACKAWANNA COUNTY, Pa. — It is hard to believe how far Chico has come in just one year. When shelter workers first met the little 6-pound ball of fluff, he was screaming in pain and could not walk. But now, he is such a good walker, one of his favorite things to do is follow humans around.

"I think for Chico, the best thing about him is he has a fighting spirit," said Griffin Pond Animal Shelter volunteer Sherry Crolly. "Even when he couldn't walk, he'd be scooting around like, 'Don't touch me, I'm checking out outside or inside.' I feel like that really saved his life with his fighting spirit. He didn't give up," she said.

The 3-year-old long-haired Chihuahua came to live at Griffin Pond Animal Shelter in Lackawanna County in July 2020. The doctors think he was kicked which left his back legs paralyzed.

"Kept saying, 'He'll walk again, he'll walk again.' And I was like, 'I don't think he's going to walk,' and here we were in late January, he was taking like 20 steps following me around in the lobby. It was amazing," Crolly explained.

Crollyhas been working with Chico since the beginning. Now that he is doing so much better, she thinks it is time he gets adopted.

Crolly says Chico is very much about routine. That means bedtime is at 6 p.m. Shelter workers say he likes his own area gated off where he can sleep until morning. He also would not do well in a house with stairs, unless he keeps up with his therapy which is now down to once a month.

Chico goes to Webb Chiropractic Center in Wyoming once a month usually Monday nights, which is a free service.

"I feel like he's ready. I feel like as long as they understand his dos and don'ts for him, it'll be successful. He's a really loving dog once he trusts you," Crolly said.

Shelter workers say it will take time and patience to learn those dos and don'ts, but it will be worth it for both Chico and his forever family.

You can find his adoption information by clicking here.