In this week's 16 To The Rescue, we meet a 5-year-old pit bull/husky mix looking for a new home after his owner passed away. 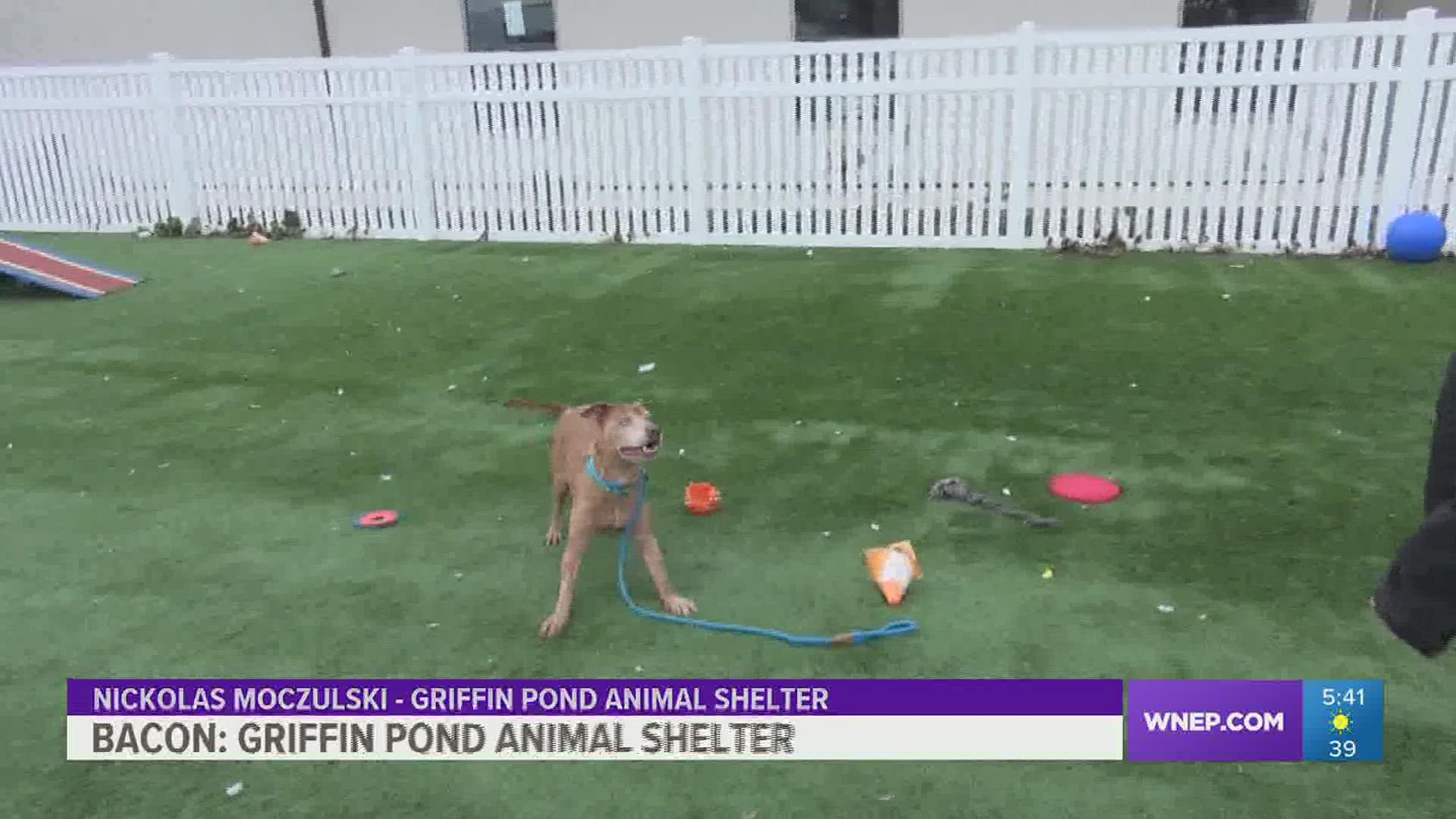 "His face is just beautiful. He's just an old man but has a young face."

Bacon has been living at Griffin Pond for about six months. He was brought in after his owner passed away.

It took Bacon some time to adjust to shelter life, but now that he has his own room at Griffin Pond, he is much more comfortable.

"He's in his own little room, and he's totally relaxed. He's so decompressed. All he does is sleep all day. I think a nice warm couch potato would be good for him," said Nickolas Moczulski, with Griffin Pond Animal Shelter.

For as mellow as he is, Bacon also loves to play and run around when he is outside. So a home with a fenced-in backyard would be best for Bacon. He is also good with kids.

"He does have a little separation anxiety which isn't a bad thing. As long as someone is home most of the time, where they work from home, I think he'd be ok," Moczulski said.

Bacon is strong and powerful; you can see that with his eagerness for treats when he stands tall for them.

"He is a little bit reactive on leash to other dogs. He is selective, we have tested him on multiple dogs, and there were some dogs he was good with and some dogs he doesn't, but he does need some leash manners."

Bacon did live with two other dogs in his previous home, so shelter workers think he would adjust fine to that. But he is definitely more of a people person.

"People walk by him all the time, and he picks his head up and just stares at them and just goes back to sleep," Moczulski explained.

If you are interested in bringing home Bacon, you can find his adoption information by clicking here.