In this week's 16 To The Rescue, we meet a 4-year-old mastiff/pitbull mix who constantly likes to show off just how loyal he is. 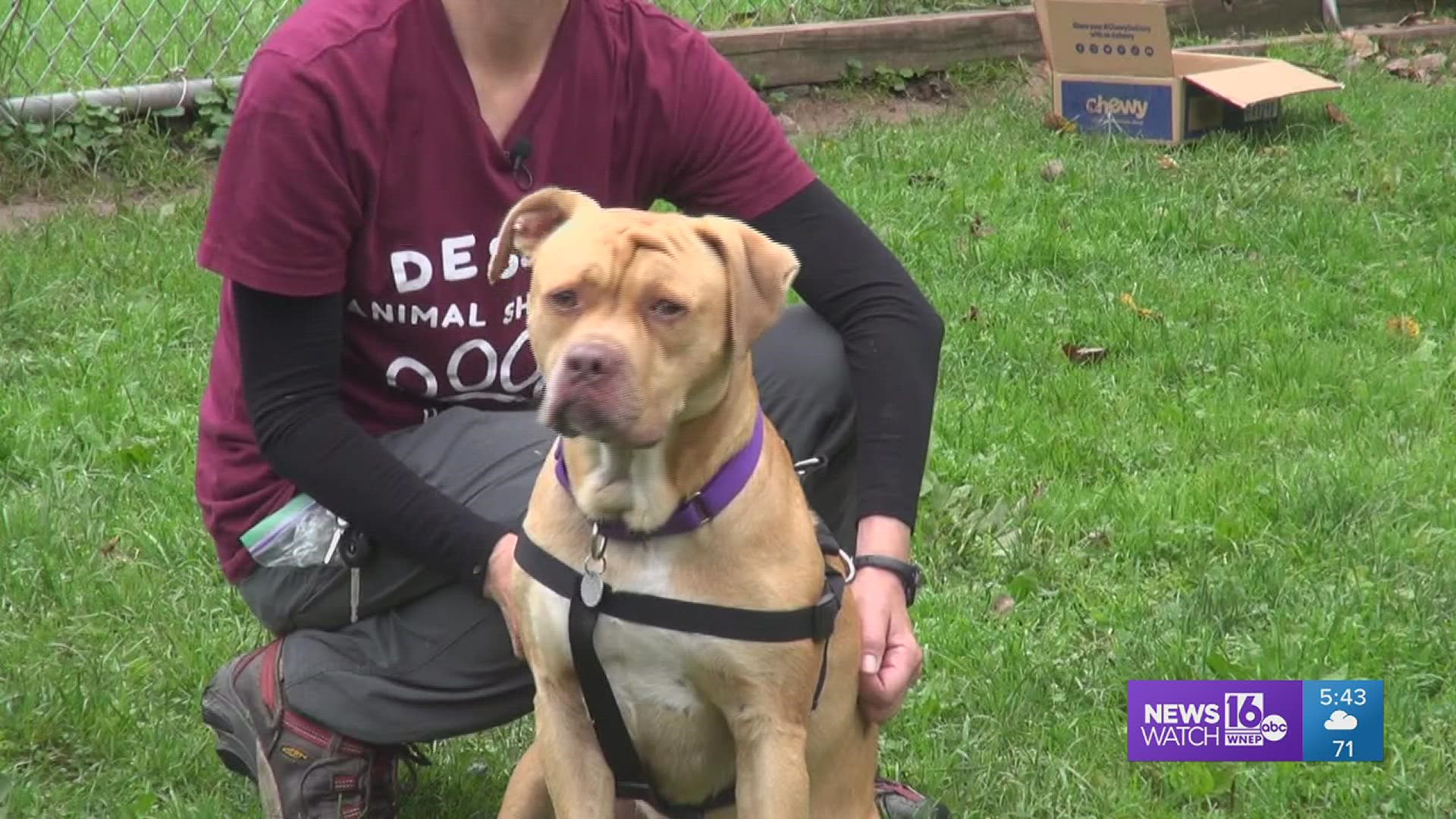 HONESDALE, Pa. — In the two months that Ari has lived at Dessin Animal Shelter near Honesdale, he has captured the rescue workers' hearts. He is a 4-year-old mastiff/pitbull mix who would be more than just a pet to a lucky family.

"He will be a best friend. When you see him, he'll just sit right next to you and just be ready for play or even just loafing on the couch. He's really just looking for a friend. I think he's really lonely here," said Linda Gambone, Dessin Animal Shelter.

Ari was previously very loved and well taken care of; his previous owners had to surrender him because of a move. He bonds right away with new people, so he is more than ready to be adopted.

"We're really looking for a person or a family that will share their adventures with him, spend a lot of time with him. He's super energetic, he's a big guy, he's pretty powerful, but he does listen," Gambone said.

He listens to commands and always comes back after fetching the ball, constantly showing off his true loyalty. He would not do well in a home with cats, but he gets along with most dogs, and kids are OK, too.

"I would definitely say just because of his size and energy level, probably not young children, but definitely 12 and older, I think he'd be a great buddy for kids; he's very playful."

And for as much as he loves to play, he equally loves his chill time. Shelter workers say he probably would not like being left home alone all day, would do well with a lot of acreage, and loves movie nights on the couch.

"He is just a super fun dog, so anyone who wants to go on adventures with this guy, he loves to hike; we've gone hiking. He actually loves to swim. He loves car rides. We play a lot of games; he's up for anything," Gambone said.

You can meet Ari and lots of other adoptable dogs and cats at Dessin Animal Shelter near Honesdale this Saturday from noon to 3 p.m. at an open house.