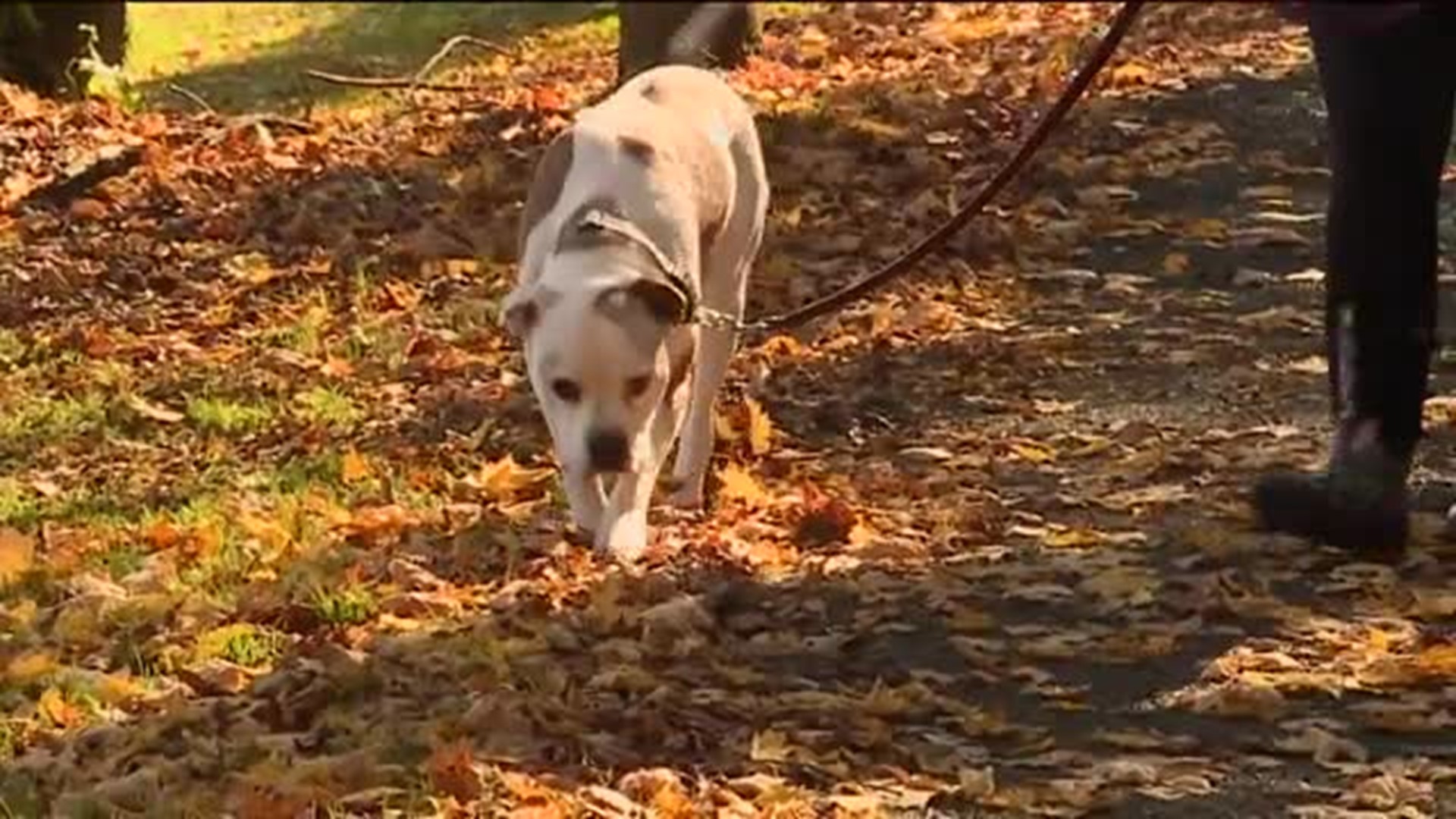 "He likes to play. For an older guy, he's got a lot of spunk," said shelter worker Ashley Carley. "He's pretty good with cats, he seems to be pretty good with them, other dogs as long as you introduce them slowly, he's not bad."

"I let my nieces play with him all the time and he was absolutely perfect with them," stated Carley.

This senior can be a grump at times.

"He'll let you know when he doesn't want to go somewhere, like most old people," according to Carley. "He's set in his ways."

Shelter workers tell Newswatch 16 that despite his sometimes-hard head, Ace has a lot of love to give.

"He may look a little scary, but he's an absolute love and he just needs a good home, " stated Carley.  "Someone who is going to be home with him a lot. He doesn't like to be alone, he likes to follow us around here."

If you are interested in Ace, get more information here.