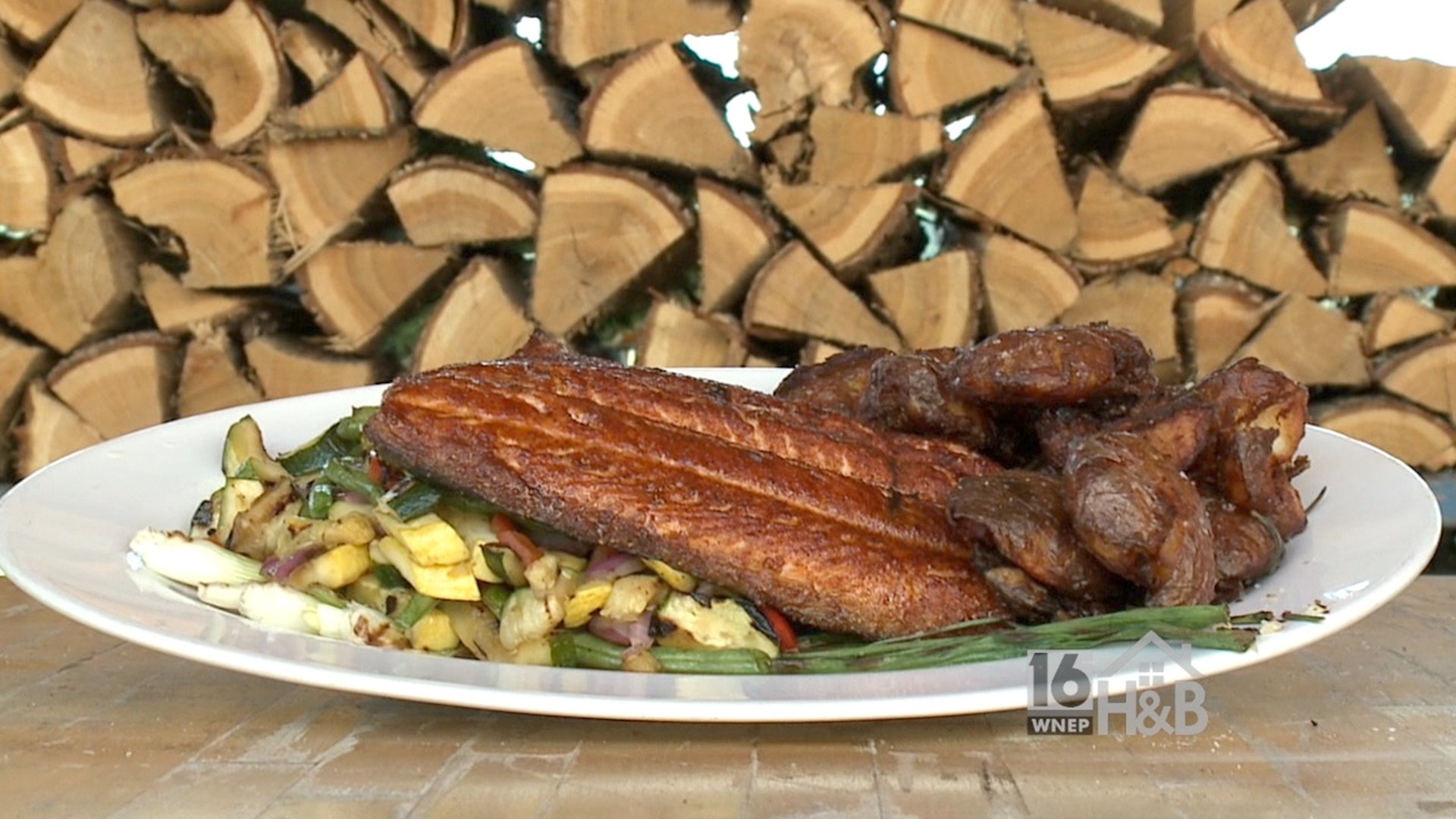 MONTOURSVILLE, Pa. — Herman and Luther's 1770's renovated barn is noted for its rustic elegant events, but is also known for its gourmet food prepared by award-winning chef's right on the premises. When we visited, we were treated to a delicious salmon dish! We also learned how to create several different table settings to inspire your next event. Executive Chef George Logue offered his recipe for Crispy Potatoes below:
Ingredients:
Small – medium sized red potatoes

Place potatoes in a pot large enough to hold all of them and cover completely in water. Boil potatoes until they are tender. (they should slide off a paring knife quickly when pierced) Drain potatoes, while they are still warm, lightly smash them flat with heel of your hand or another flat object. Careful not to smash too much or they will fall apart. Allow them to cool off in refrigerator.

Meanwhile, fill a large cast iron Dutch oven or a heavy bottomed pot with oil. Heat oil on medium high until it gets to 350F (this is higher than our fry temp because it will drop when potatoes are added). Use a candy/oil thermometer to monitor temp being careful not to burn the oil. When it reaches desired temp, either lower heat to maintain the temp or begin to cook potatoes. Lower potatoes in very carefully. Do not over crowd the pot, do this in two batches if your vessel is not large enough. (placing the cold potatoes in the oil will drop the oil temp so make sure you control your heat to maintain 325F) Fry potatoes until they are golden brown. (about 10 min) Use a slotted spoon or tongs to remove potatoes and let them drain on paper towels until most of the oil is off them. Place in a bowl and toss with garlic, salt & rosemary.