Chastity, nearly 2, shows no signs of cancer after undergoing CAR T therapy, and is one of the youngest patients to receive this advanced cancer treatment. 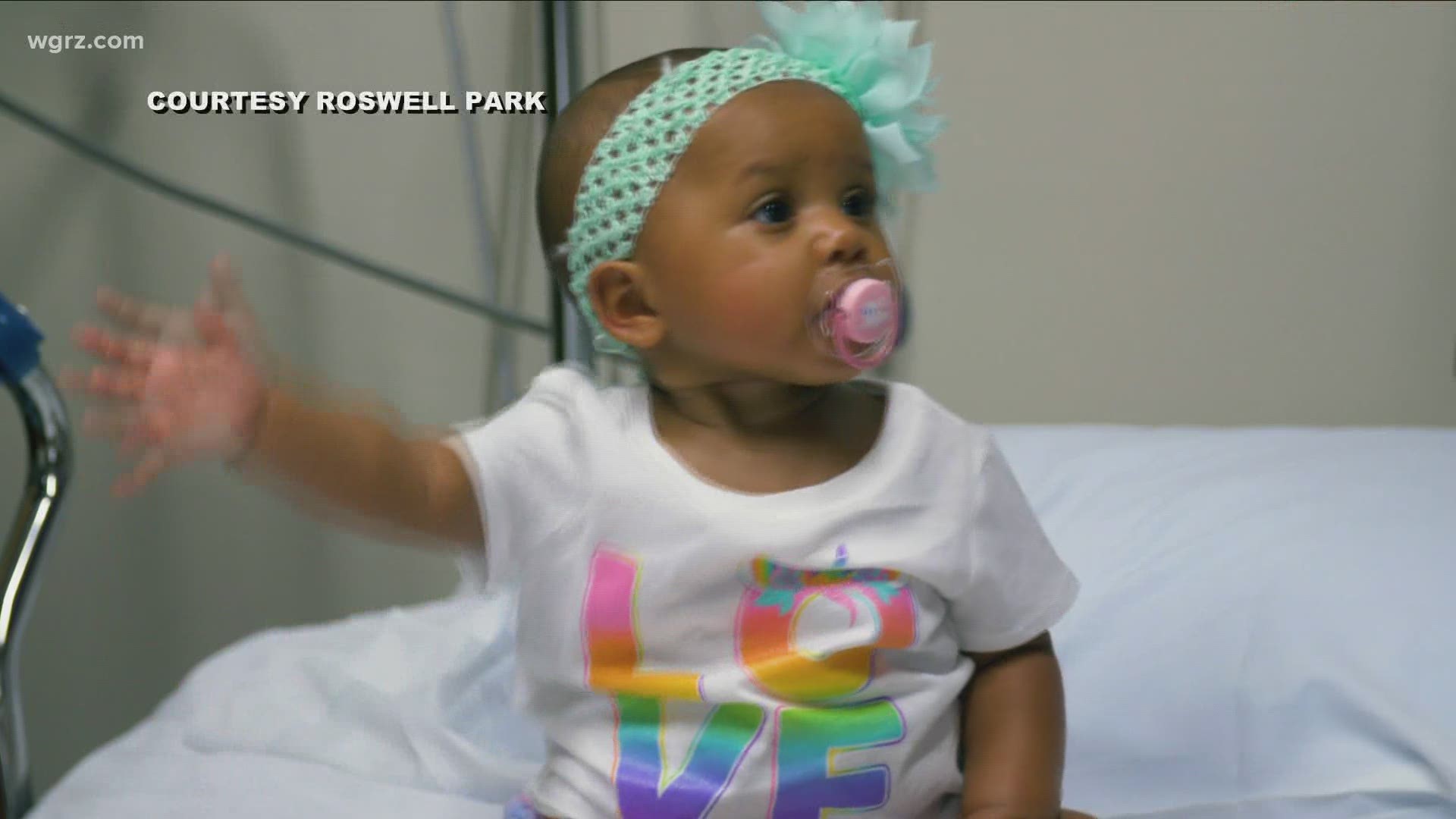 BUFFALO, N.Y. — A toddler from Niagara Falls is being called a "miracle baby" by medical professionals after beating aggressive infantile leukemia.

Her story is being shared by Roswell Park Comprehensive Cancer Center.

Chastity was diagnosed with leukemia at only 5 weeks old. Health officials say her parents became concerned that something was wrong with the newborn when they noticed she had persistent vomiting, irritability and skin discoloration.

“When we got the news, it was just like, ‘How? How?’ ” Chastity’s mom, Shawanda Prather remembers. “I felt a pain in my stomach that I had never felt before.”

Chastity faced even greater odds as a Black infant with aggressive leukemia.  Roswell Park cites a 2018 study in the journal Cancer that states 'a Black child with ALL is 43 percent more likely to die than a white child with the same diagnosis.'

After months went by, the Roswell Park Oishei treatment team determined that Chastity's leukemia was marked by a gene mutation that made it even less likely to respond to standard chemotherapies. 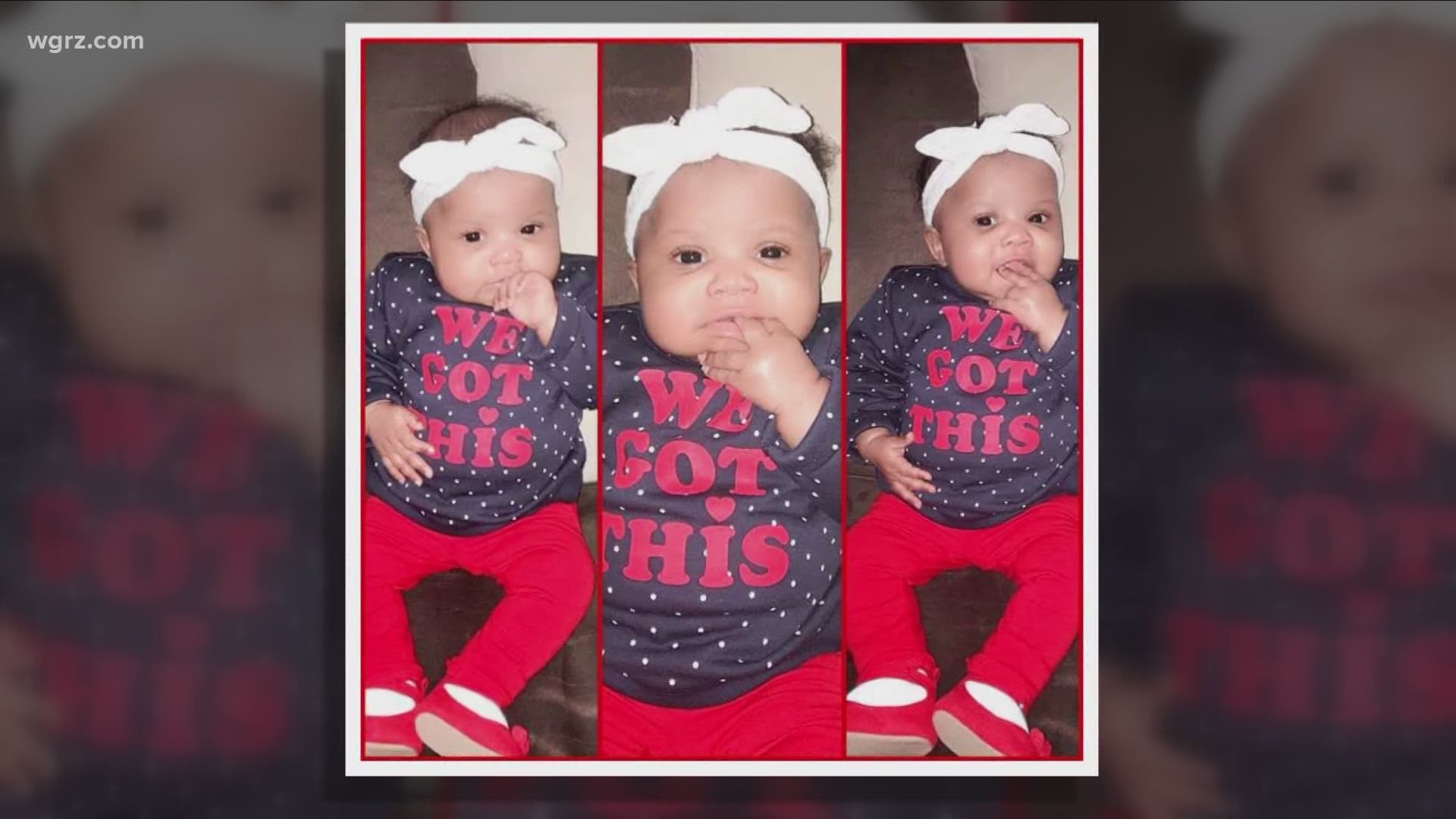 “This particular type of leukemia, when it presents in babies — particularly a baby as young as Chastity — the prognosis is terrible, with typically only about 20 to 30 percent being able to make it,” says Dr. Kara Kelly, who leads the Roswell Park Oishei Children’s Cancer and Blood Disorders Program as Chair.

Doctors had to try CAR T therapy, Kymriah also known as tisagenlecleucel, a therapy approved by the FDA in 2017 for treatment of some advanced leukemias in both children and adults

Chastity became one of the youngest patients to receive this advanced cancer treatment.

In the spring of 2019, Chastity’s blood stem cells were collected, re-engineered with the addition of Kymriah and infused back into her. The treatment team quickly saw reason to be hopeful.

“You could see that the leukemia cells were dying, that they were being killed off by the CAR T cells. And by the end of the weekend, she was so much better. She had clearly responded to the therapy," said Dr. Kelly.

Following that treatment, the team decided that Chastity would have another very intensive therapy, stem cell transplant, also known as blood and marrow transplant, or BMT, to decrease the chances that her leukemia would return.

Chastity, who will celebrate her 2nd birthday this month, shows no signs of cancer after successfully undergoing CAR T therapy, and is one of the youngest patients to receive this advanced cancer treatment.

She now has two birthdays to celebrate: October 4, her birthday, and July 24, the day she got a new immune system thanks to a haploidentical, or half-match, transplant of donor cells from her oldest sister, Vataeya, then 14.

You can watch Chastity's story in a video produced and shared by Roswell Park below.