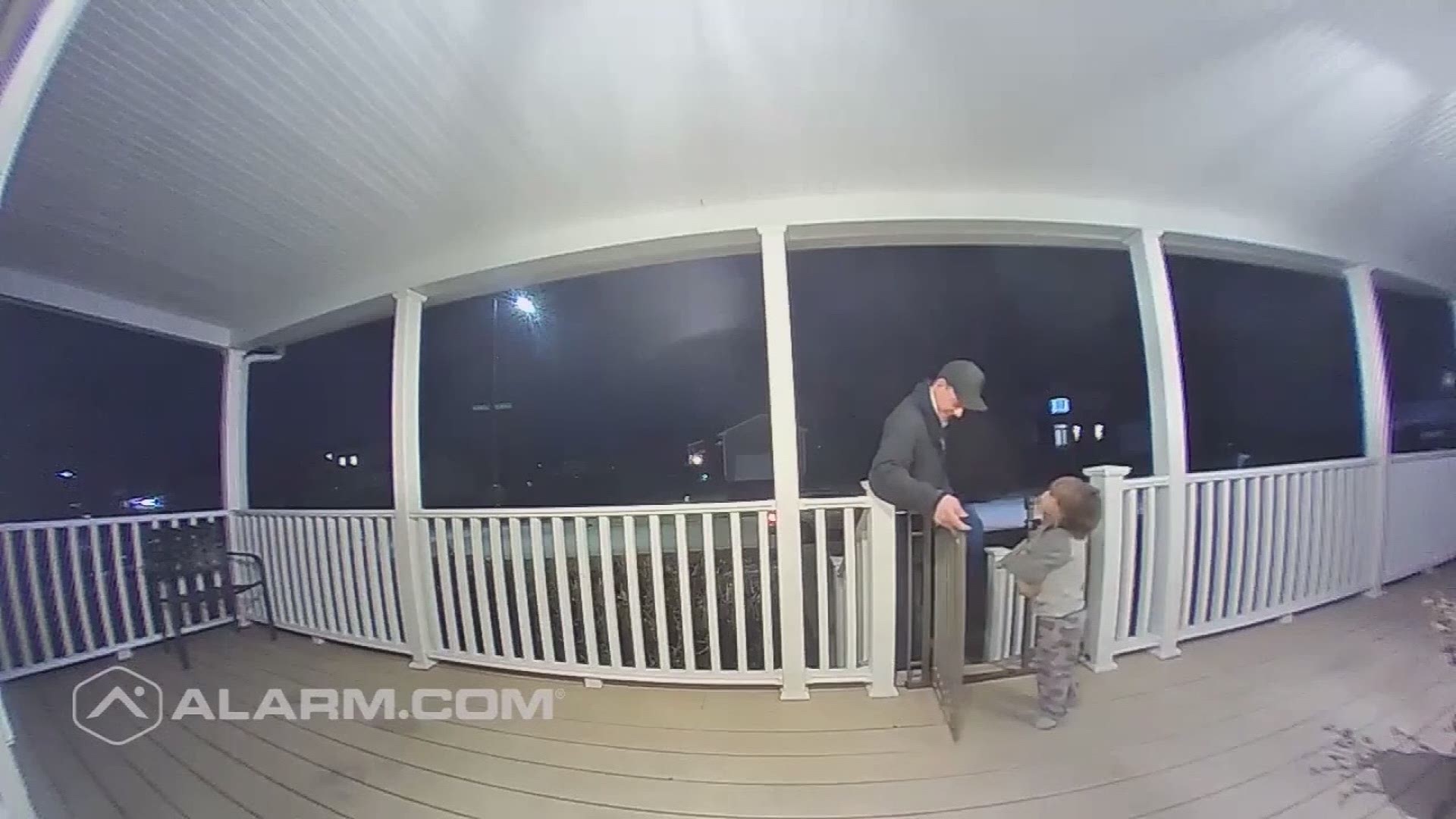 WEST WARWICK, R.I. — It's a sweet moment.  A young boy running up to a man delivering pizza and giving him a big hug.

All caught on a doorbell camera in West Warwick, Rhode Island by Lindsey Sheely.

"I put it up on my Instagram because we thought it was funny and cute," said Sheely.

What Sheely didn't know at the time is what that moment would mean for the man behind the pizza box, Ryan Catterson.

"After losing my daughter this past week it touched me because it was like she was there and it just meant a ton to me," said Catterson.

Catterson's 16-year-old daughter, who lived with his ex-wife in California, struggled with her mental health and recently passed away unexpectedly.

The video made it's way to Catterson and he reached out to tell Sheely how much it meant.

His ex-wife says this 2-year-old boy taught everyone a valuable lesson without even realizing it.

"It's so easy to miss people and their internal pain but it even goes to our daughter. We didn't know her pain. I can't help but be grateful that someone saw his pain and could be there for him."

For Catterson, it's a hug that lasted just a few seconds, but a moment he'll never let go of.

"A lot of people are commenting that may have been her looking out for me. Those words mean something. Maybe she's there."