DICKSON CITY — Pringles. The addictive potato crisps that can easily disappear in one sitting are now available in some bold new limited edition flavors. ... 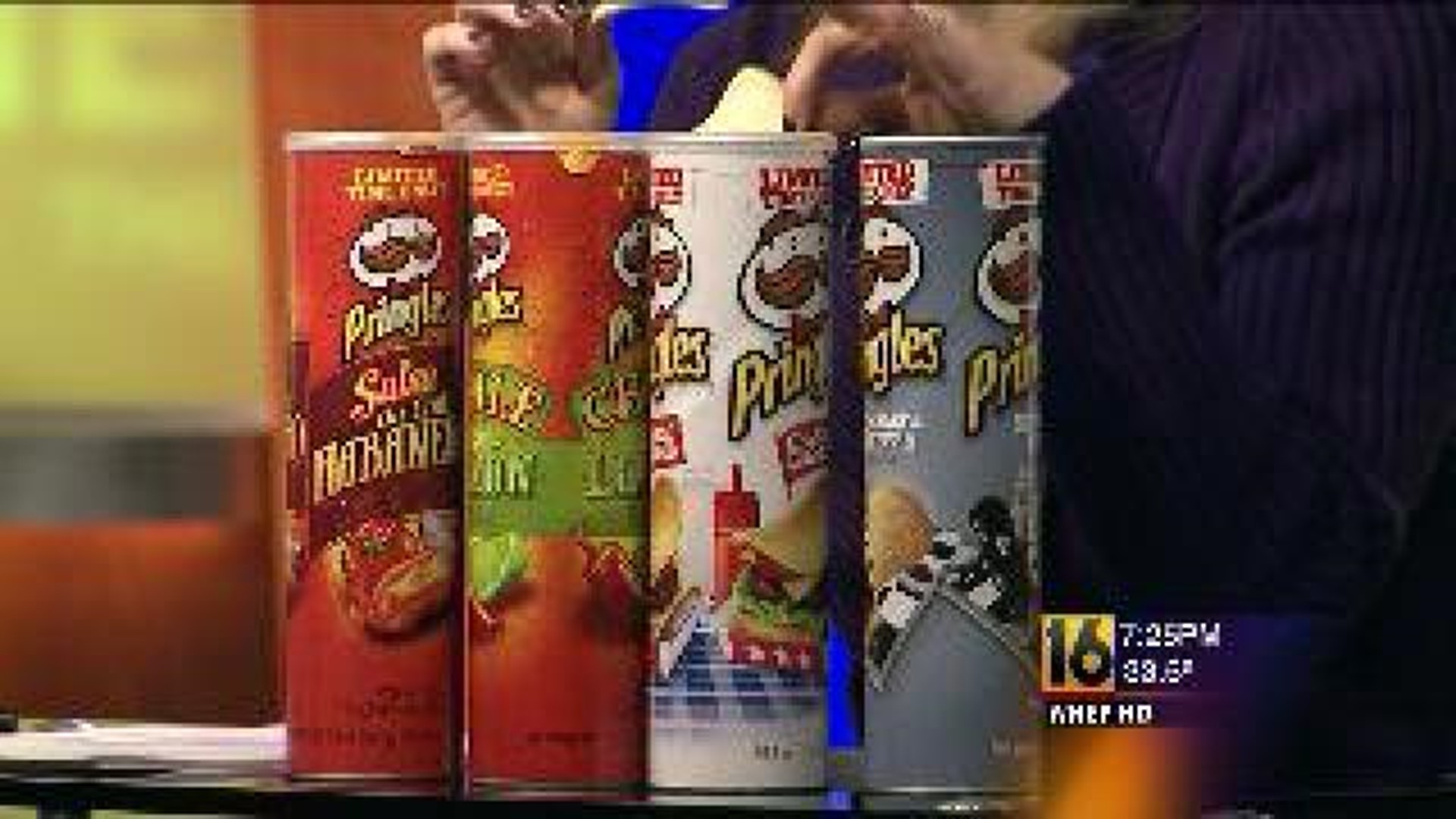 DICKSON CITY -- Pringles. The addictive potato crisps that can easily disappear in one sitting are now available in some bold new limited edition flavors.

We chose four of them for this week's taste test:  Salsa de Chile Habanero, Chile and Lime, Sea Salt and Pepper, and Cheeseburger.

We took our new Pringles to the Viewmont Mall in Lackawanna County to try them out.

"It was alright.  They tasted like bar-be-que kind of with a little spice," said Kellsie Davis, of Williamstown.

To our surprise, the most enthusiastic reviews were for the Cheeseburger Pringles!

"It's got a real good snappy taste to it. Like it," said Michael Fata, of Scranton.

"It tastes exactly like one!" said James Ceccoli, of Old Forge.

Sea Salt and Pepper Pringles got mixed reviews among our testers.

"It tastes like what it says, salt and pepper. It's not that I don't like it. I think if I had the choice I would still stick with plain," said Alan Mckay, of Roaring Brook Township.

"I think they're pretty good. I'd buy them," said Burt Megargal, of Mount Cobb.

Their opinions were close, but not quite identical.

"They're good, and hot. They're just good. And juicy a little bit," Mackenzie said.

"They're extra spicy. And good. And there's a lot of flavor to it." said Marissa.