Getting your fruits and veggies everyday can be a challenge. But this week’s Taste Test product might make it a little easier: new Fruit Yogurt Smoothies ... 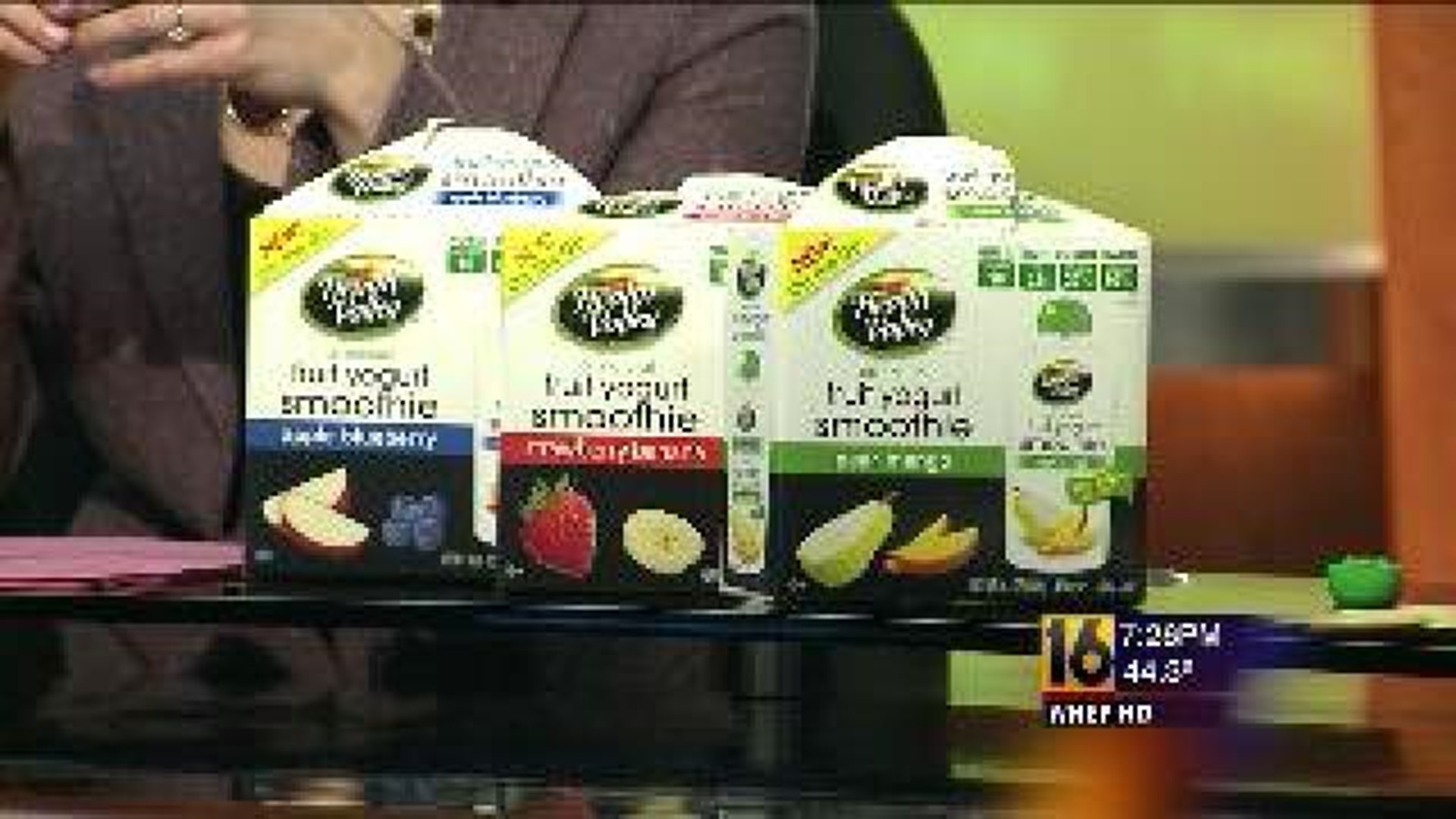 Getting your fruits and veggies everyday can be a challenge.

But this week's Taste Test product might make it a little easier: new Fruit Yogurt Smoothies from Health Valley.

The Stroud Mall near Stroudsburg was the site of this week's Taste Test.

"It's a strawberry banana taste just like it says. It's really good," said Nicola Petrone from East Stroudsburg.

Richard Shafer from Snydersville liked them, too, saying, "It's a really good consistency, it's not too sweet or tart."

The other two flavors, pear mango and apple blueberry, got rave reviews, too!

Lisa Cho from Stroudsburg said, "You can really taste the mango. I would actually eat this as a snack, it's really good."

"The apple blueberry, yeah it's actually really good. It just tastes like there's fruit in there," said Joe Behun from Palmerton.

Each smoothie contains 80 or 90 calories, one gram of fat or less, and fifteen grams of sugar.

It's all that sugar that turned off Bridget Manigo from Blakeslee.

But that's not the only thing Bridget didn't like about it.

"It tastes like pear and mango, it reminds me of baby food though. I don't really like this too much."

Her son, Ross Manigo, on the other hand, thought the apple blueberry smoothie would be a great snack.

"I like it a lot. It tastes really good. It reminds me of apple sauce," said Ross.

Most of our testers also seemed to like the resealable cap!

"I like how you can reseal it and put it away if you don't want to eat it right away," said Shafer.

Fruit Yogurt Smoothies from Health Valley are $2.98 a box.

We found them at Walmart.

There are four smoothies in a box.