It’s cold out there, and for many of us comfort foods are what we crave to get us through the winter. How do warm cinnamon rolls sound? Well if you can... 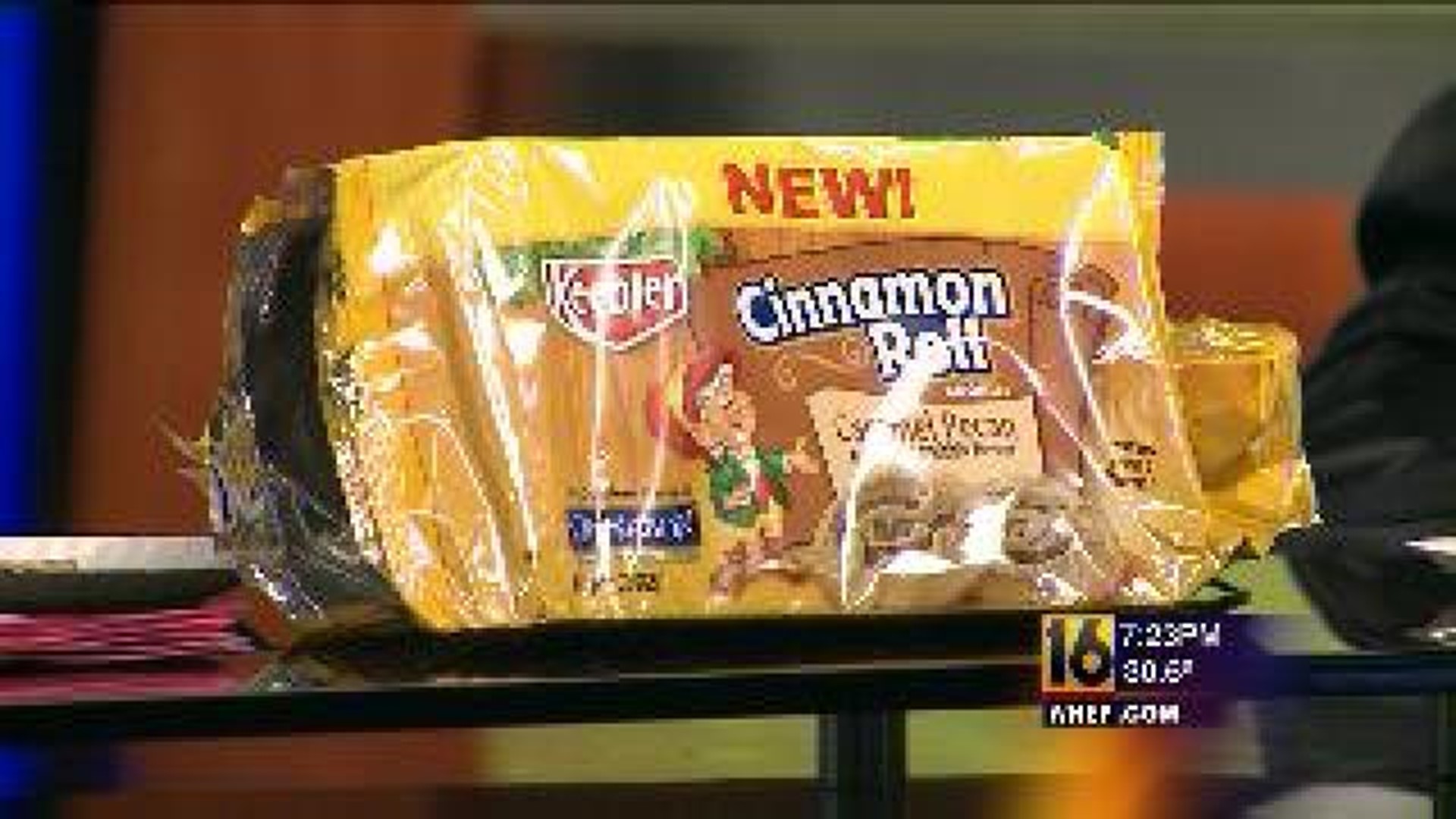 It's cold out there, and for many of us comfort foods are what we crave to get us through the winter.

How do warm cinnamon rolls sound?

Well if you can't have the real thing, some new cookies from Keebler might hit the spot.

We went to a college campus in Luzerne County to see if Cinnamon Roll Cookies make the grade.

The spring semester is in full swing at the Penn State Wilkes-Barre Campus.

After all that studying, students need study breaks, which are often spent at the student commons on campus.

The cookies come in original and caramel pecan flavors, both flavored with Cinnabon cinnamon.

You can even heat them up to get that warm cinnamon bun experience.

So Constable let us borrow the college student's cooking tool of choice: the microwave.

Constable, a student from Stroudsburg, was also a taste tester.  "It does taste like a cinnamon bun. It's not bad."

But if you're like most hard-working college students, you probably just want a snack that tastes good.

Palmer Denisco, a sophomore from West Pittston said, "I thought the cinnamon rolls were really good, I'd probably go buy them."

Matt Meletsky from Harveys Lake said, "They remind me of the texture of Fig Newtons. They're not bad."

Corey Cunningham, a sophomore from Swoyersville said, "It does actually, I can definitely taste the cinnamon."

We found Keebler Cinnamon Roll Cookies for $3.19 a package at Gerrity's.