PITTSTON TOWNSHIP — If you’ve been to Burger King this summer, you’ve probably done a double take at the sight of one of the new summer BBQ me... 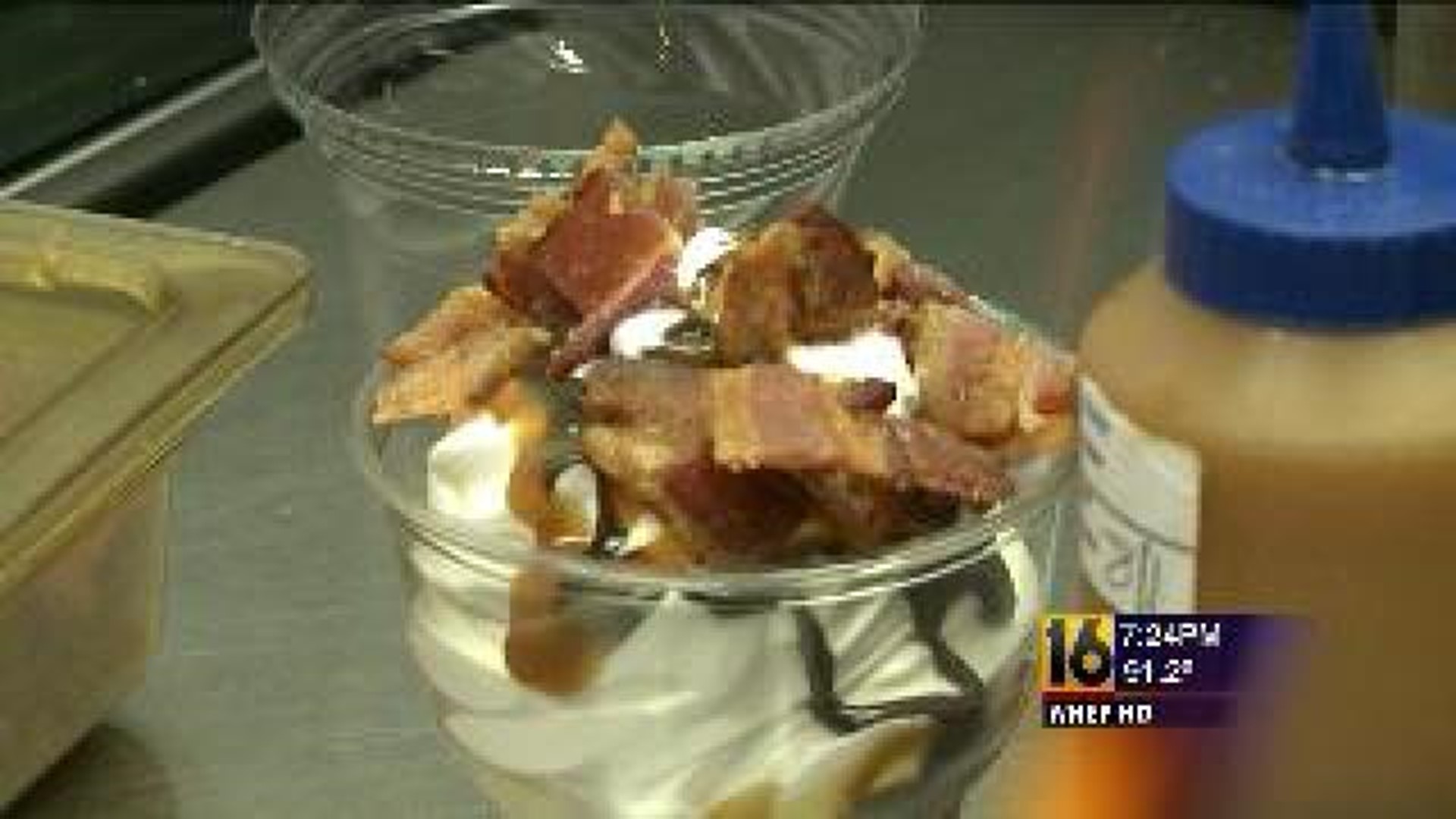 PITTSTON TOWNSHIP -- If you've been to Burger King this summer, you've probably done a double take at the sight of one of the new summer BBQ menu items: the bacon sundae.

The desert, with vanilla soft serve ice cream, and chocolate and caramel sauces is pretty typical, until you add pieces of smoked bacon on top.

We went to Burger King on Route 315 in Pittston Township to see if we could get folks to try it.

Now we realize the concept of putting bacon on ice cream may illicit a response like this one:

"Bacon and ice cream don't seem like they should go together. I don't know," said DJ Scavone from Lehman Township.

Even some Burger King employees were skeptical when they first heard about this new menu item.

Store Manager Leann Marzani said, "I thought it was pretty strange until I tried it. At the actual training I tried the sundae and it's a strange combination and it has a weird texture.  But the taste is really interesting."

We asked some customers here to be adventurous and give the smoky, sweet sundae a try.

We found one bacon lover who really liked the sundae!

"I taste a lot of bacon in it.  I just taste the bacon... I love bacon!" said Halle Jones of Lehman Township.

Overall, most of our testers said while it wasn't horrible, they'll probably leave the bacon on their breakfast platters.

Dustin Jones from Lehman Township said, "It's pretty good actually. You taste the ice cream first, and then the aftertaste is just bacon. Not bad though."

A bacon sundae costs $2.69.  It's available through Labor Day.