Stocking Up For Super Bowl 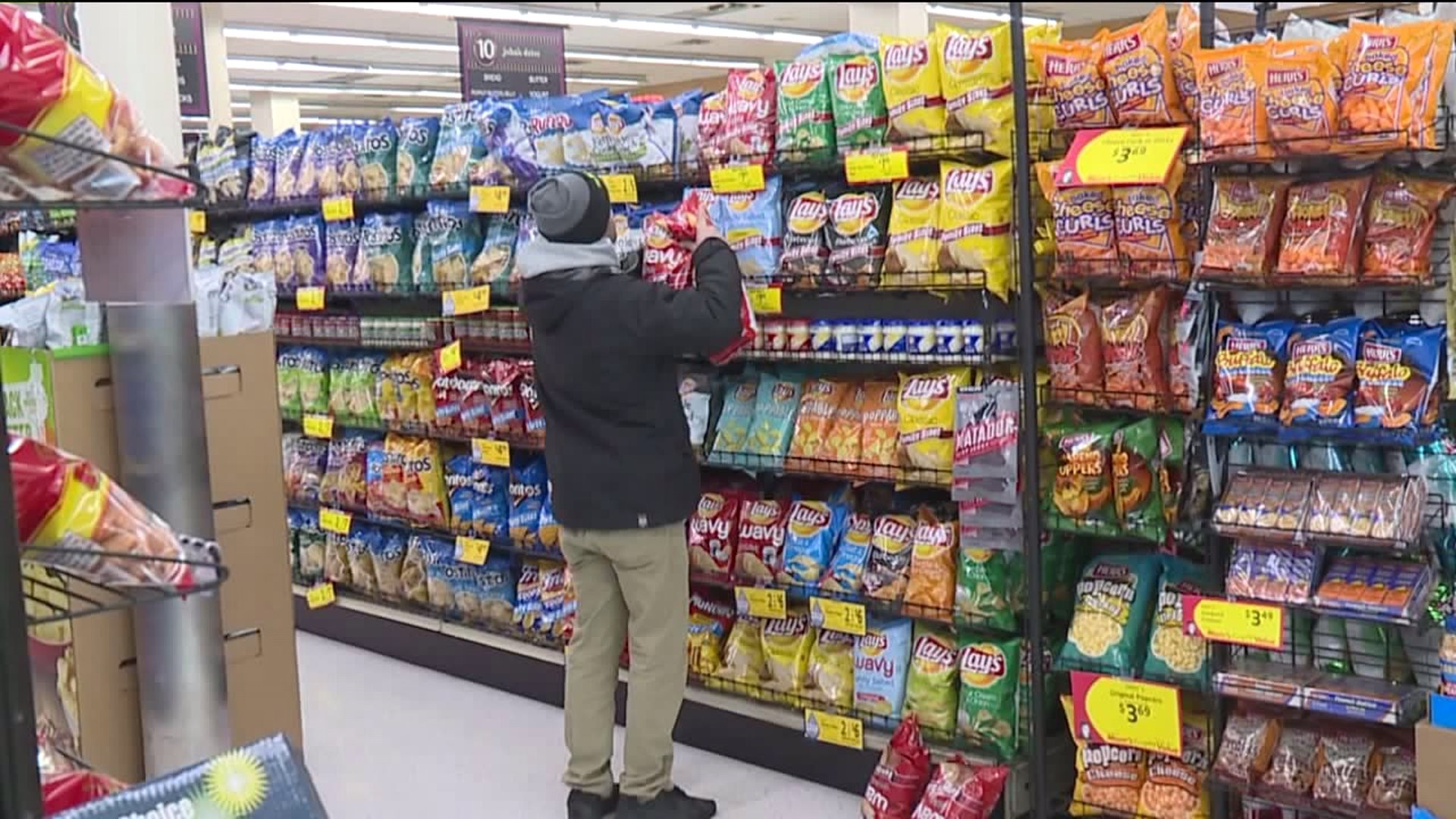 MOOSIC, Pa. -- It's almost game day and people are already stocking up on essentials at Gerrity's in Moosic -- salsa, chips, soda beer, cakes, and cupcakes, too.

Football fans definitely have their favorites.

"Pizza and wings. Maybe some party dip on the side is possible. Something like that," said Joseph Danilovitz of Moosic.

According to the National Chicken Council, Americans eat more than a billion wings during the Super Bowl and they are expected to buy 12.5 million pizzas.

Workers at Gerrity's are busy prepping orders for football feasts.

"Wings, hoagies, dips are really popular around here and then all of our prepared food stuff, a lot of grab-and-go stuff that people can heat up," said deli manager Patrick Gavin.

Fans who know exactly what they like to eat also say they know who is going to win the big game.

"New England. Yes! I have to go with them. Have to!" said Moore.