POINT TOWNSHIP — As a group of veterans drove to the back of the American Legion Post 44 near Northumberland, volunteers quickly put boxes of food inside ... 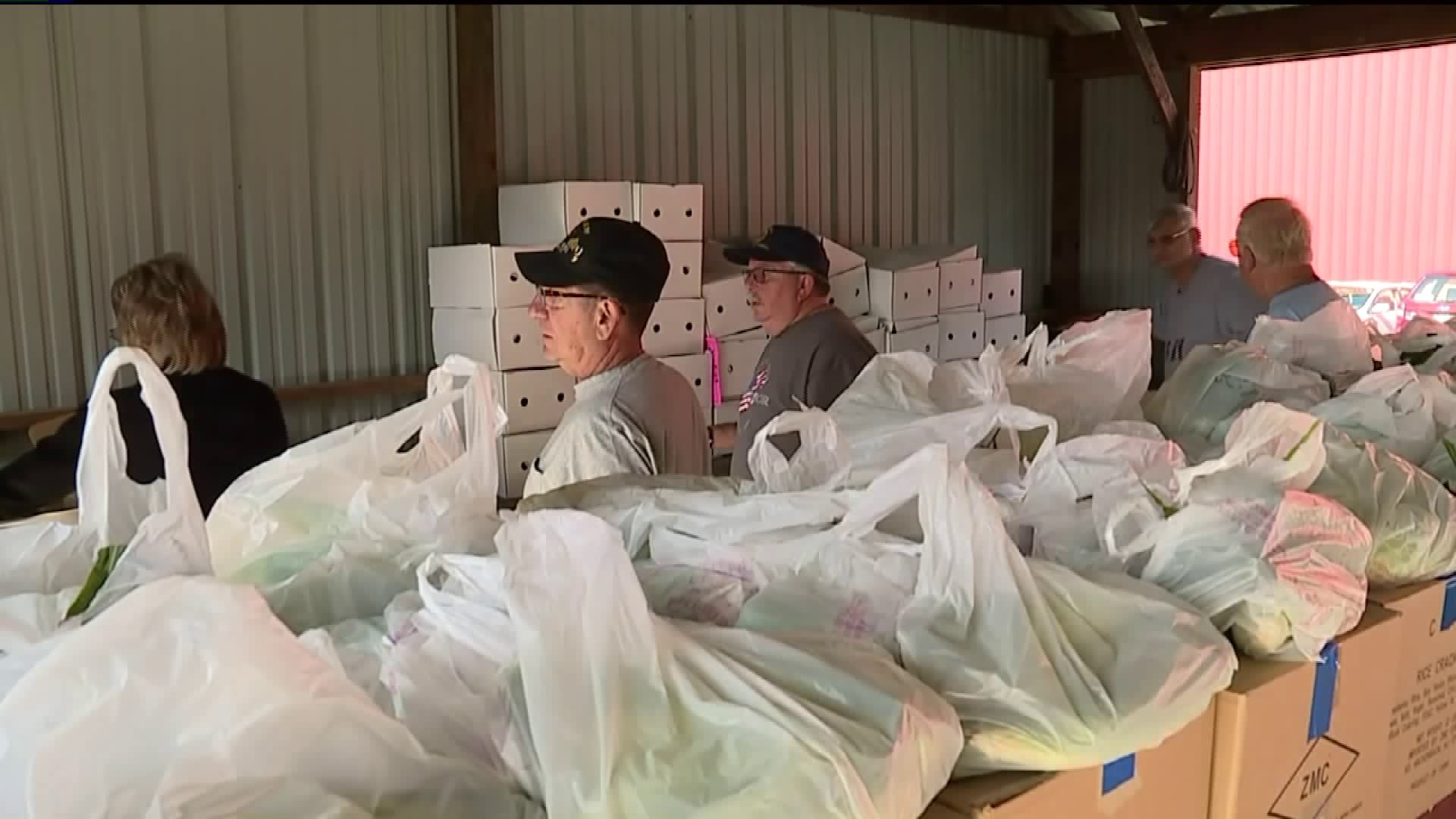 POINT TOWNSHIP -- As a group of veterans drove to the back of the American Legion Post 44 near Northumberland, volunteers quickly put boxes of food inside their vehicles. It's all part of the Military Share program.

This is the first time veterans in Northumberland County are able to get the free food, which is donated by the Central Pennsylvania Food Bank. The Military Share Program started in 2015 in the Altoona area.

"I saw that veterans were under served and they're typically the last to show up for food," Greg Stegall said.

In its first month, 34 families in Northumberland County got food.

The Central Pennsylvania Food Bank provides between 50 and 60 pounds of food per person. A lot of that is pantry staples like cereal and crackers.

"There's produce, there's frozen meat, everyone gets a quart of milk and a dozen eggs," Stegall said.

"You don't feel like taking it but she made sense of it that we served our country for it," Lesher said.

But the Military Share program doesn't only help veterans.

Erma Walter picked up food for a family member who served in the Navy.

"It will save me some trips to the grocery store," Walter said.

Members of the Legion plan to make this a monthly event. Veterans can preregister by calling the American Legion Post 44 near Northumberland.