MOUNTAIN TOP,  Pa.  — There will be no charges filed against the driver who hit a family of seven with her car last August in Luzerne County. The district... 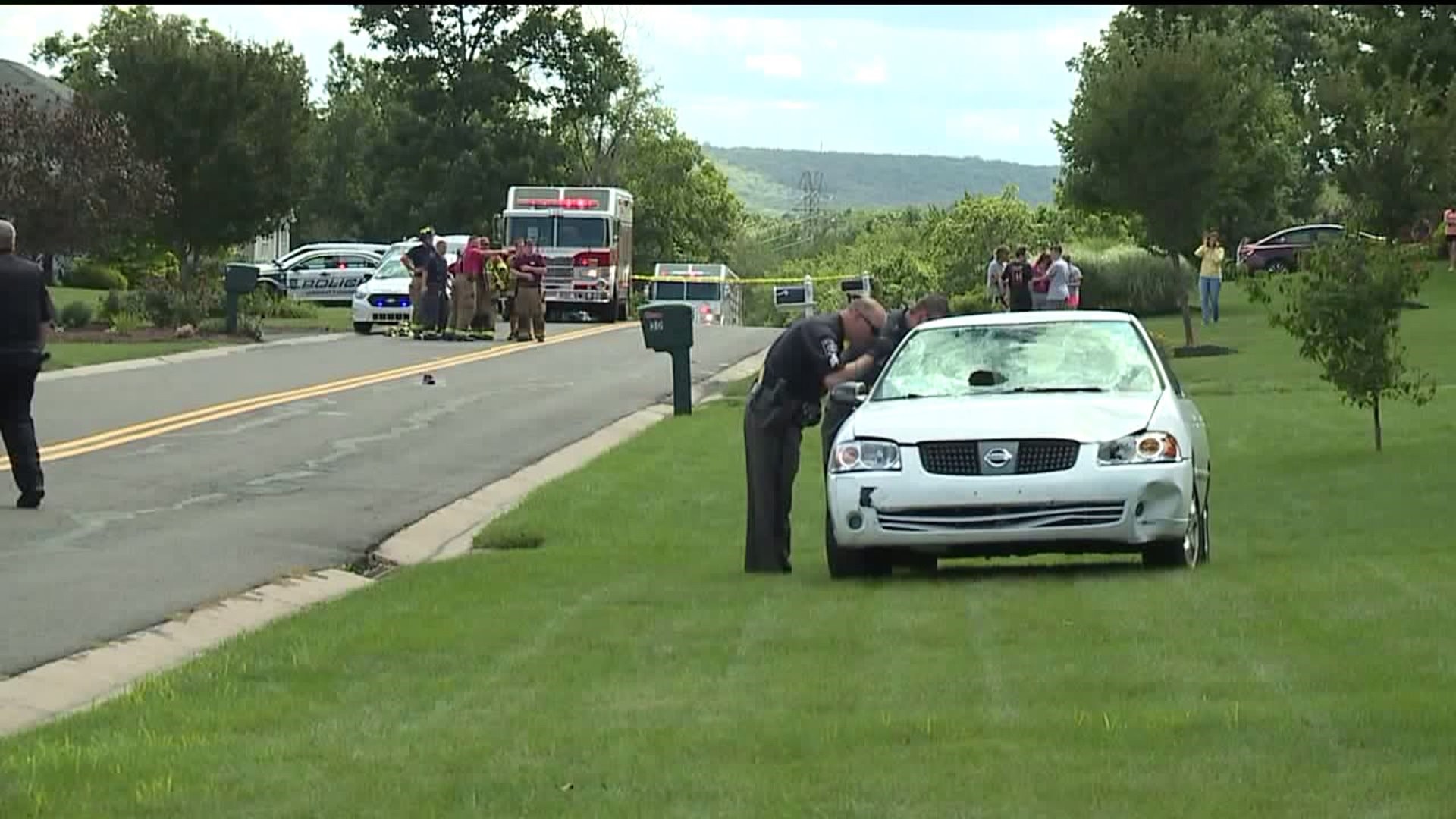 MOUNTAIN TOP,  Pa.  -- There will be no charges filed against the driver who hit a family of seven with her car last August in Luzerne County.

The district attorney's office said an investigation found no wrongdoing on the part of the driver, ruling this crash as an accident.

It was a beautiful day for a stroll on the afternoon of August 25th, 2017 in Mountain Top and that's what the Herbst family was doing when they were hit by a car driven by their neighbor.

The family of seven was walking along Aleksander Boulevard when that car swerved into them, sending Nina and Bryan Herbst, their four children, which included a ten-month-old and their niece to the hospital.

“Something that will never leave me my whole life,” said Annette Mann.

The crash happened outside Mann's home, an emergency room doctor, who ran out and immediately being triaging the victims.

“I just do what I do, just put me in right in the ER, just so happened to be on my front lawn,” said Mann.

Now the Luzerne County District Attorney says the crash has been ruled an accident, saying there was no evidence drugs, alcohol, speed or a cell phone was being used by the driver at the time.

“Yes, if it wasn't intentional and she wasn't on her phone, she's wasn`t texting, yes, yes,” said Barbara Wasiakowski.

“It is, I feel for everybody involved because everybody's lives changed that day,” said Mann.

The DA's office says it met with the family who are recovering from their injuries.

Carone's Market held a fundraiser for them while they were still in the hospital.

“We raised a good amount of money for them,” said owner Frank Carone. “I think we gave it to them in, presented a check to them in the late fall, later in the fall and they seemed grateful.”

For Mann, she's kept in touch with the family.

“The children made little gifts to put on my tree at Christmas, I was so happy,” said Mann. “It was really wonderful, that's the best blessing that everyone is doing well.”

The DA says the investigation was done through her office, Rice Township Police, state police and the driver cooperated fully with them.