Paleontologists said the dry land that Kentuckians now live on was once a haven for sharks. 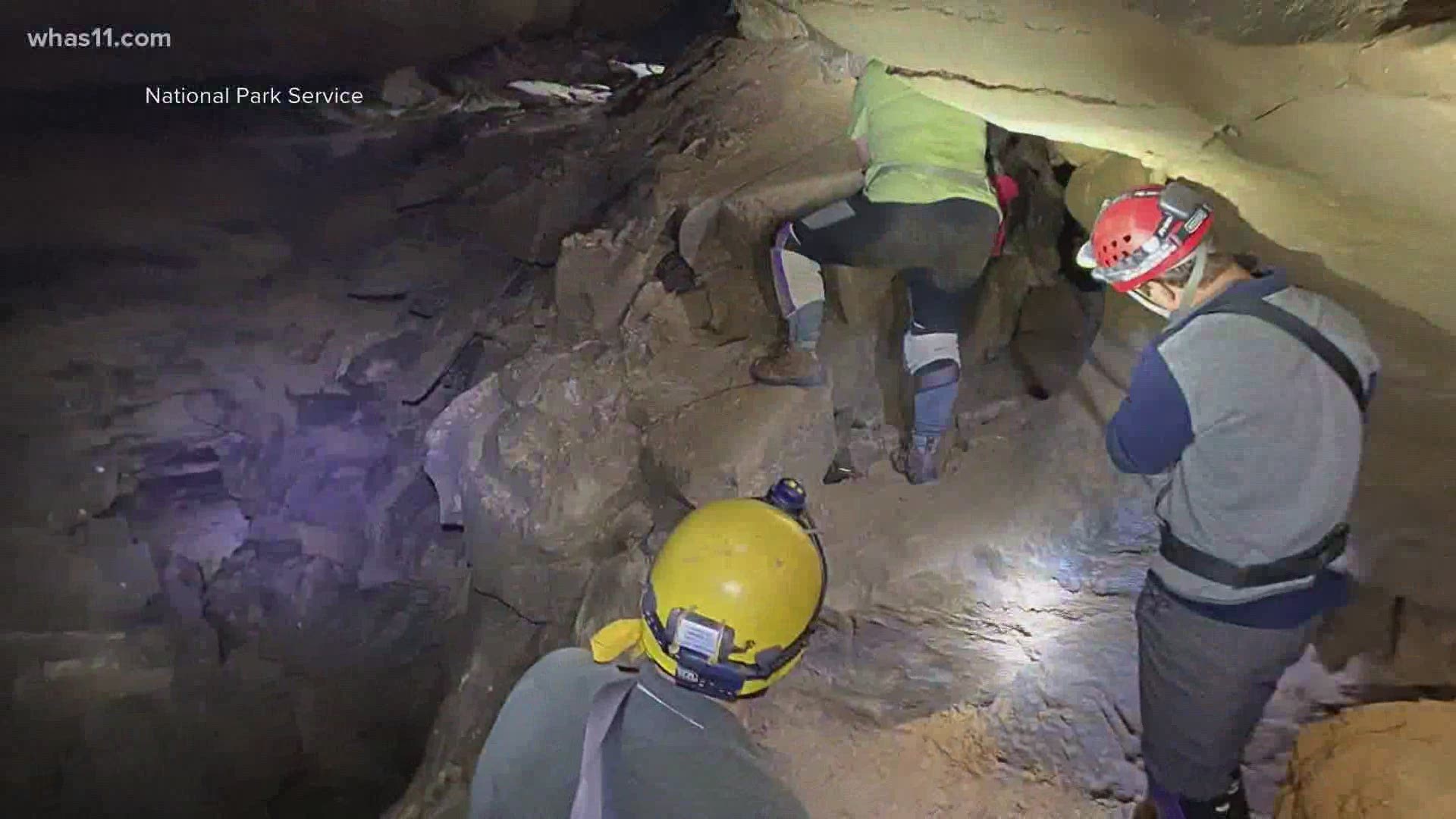 LOUISVILLE, Ky. — Today, Louisville residents know the only things swimming in the Ohio River with teeth are Asian Carp and other fish, leaving worries about sharks to those who live in coastal cities.

Paleontologists at Mammoth Cave National Park, though, said the dry land everyone now lives on was once a haven for sharks.

Scientists and cave specialists working to collect fossils at Mammoth Cave have been going miles underground, deep into uncharted areas, to learn more.

"[We take] inflatable boats, we then blow up the boats and we go half a mile on an underground river to an area where we are finding shark remains," said Rick Toomey with Mammoth Cave.

Scientists said some of the most mysterious and frightening creatures in the oceans today were swimming all over Kentucky 350 million years ago.

"There was no cave here," said paleontologist JP Hodnett. "It was just a big open marine ocean floor with lots of water over your head. Over time that filled up and then it became dry land."

Learning that sharks lived in our backyards all started by chance at Mammoth Cave. Back in the 90s, guides started noticing shark teeth and other fossils. But no one had ever found any shark fossils from this layer until now.

Fossils were found from sharks of all shapes and sizes, including one bigger than the most feared of all: the great white, a creature that terrified all in the 70s classic "Jaws." Scientists found the carcass of a shark larger than 18 feet long right in good ole Kentucky.

"[This shark] was only known from teeth for over 100 years," Hodnett said. "We identified skeletal remains of this shark right here at Mammoth Cave."

So far, 40 different species have been found. Each layer underground reveals a different year, and a new shape and size.

Mammoth Cave is open, but on a limited basis due to COVID-19 restrictions. Check their website before taking a drive south.

RELATED: 'It's a treasure' | Social media helps reunite wedding photo album with couple's daughter after it was donated to thrift store