"There's that many bugs coming at you, they reflect in the light, it throws your eyes off, it's hard to see," said Mark Stivers, Columbia Borough manager. 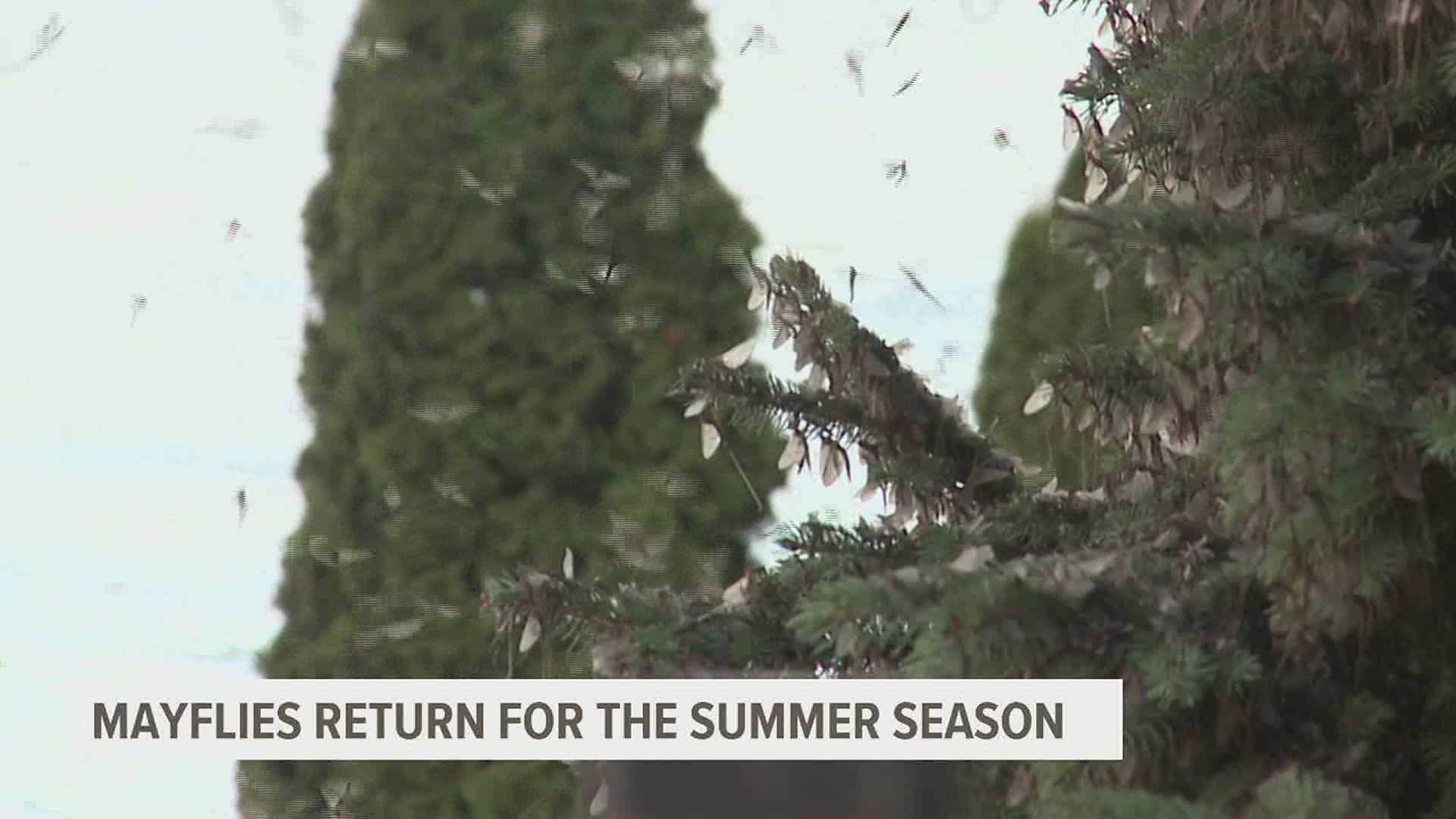 LANCASTER COUNTY, Pa. — Driving along Route 462 on the Veterans Memorial Bridge may look a little dark for now and the next few weeks.

The lights on the bridge connecting York and Lancaster Counties will be turned off as officials are trying to keep mayflies from sticking to the roads.

"The light that is reflected and refracted off the road surface, makes it look like a river," said Dr. John Wallace, entomologist, and professor at Millersville University.

The insects are small and live in shallow parts of rivers. These flies are also attracted to light so when they swim upstream, they fly and stick to light poles.

Once they hatch their eggs, they can begin to pile up on surfaces and leave a slippery residue causing accidents.

"There are that many bugs coming at you, they reflect in the light, it throws your eyes off it's hard to see," said Mark Stivers, Columbia Borough manager.

Stivers says because the lights on the route will be turned off, drivers should avoid speeding and slow down when necessary.

"If you're on a motorcycle or a bicycle or other smaller vehicles, be very careful crossing," he said.

Dr. Wallace adds it's important to note these flies are harmless and are just running their course for the season.

"These mayflies are just transient, they're just moving on," said Wallace, they may land on you, they won't do anything to you. They can't bite you, they can't harm you."

Penndot officials are also trying to help in creating a safer path for motorists.

Apart of the Columbia-Wrightsville Bridge Rehabilitation Project includes adding under-bridge lighting to steer the flies under the roads instead of above.

Experts say this will not only protect drivers but the mayflies, as well as they, are a great source to the environment with many animals feeding off them.

"If we shut that off, then we impact all the neighboring ecosystems both in the water and on the land," said Wallace.

This project is expected to begin in the construction season of 2023 therefore, for now, the darkening of the bridge is the best solution.