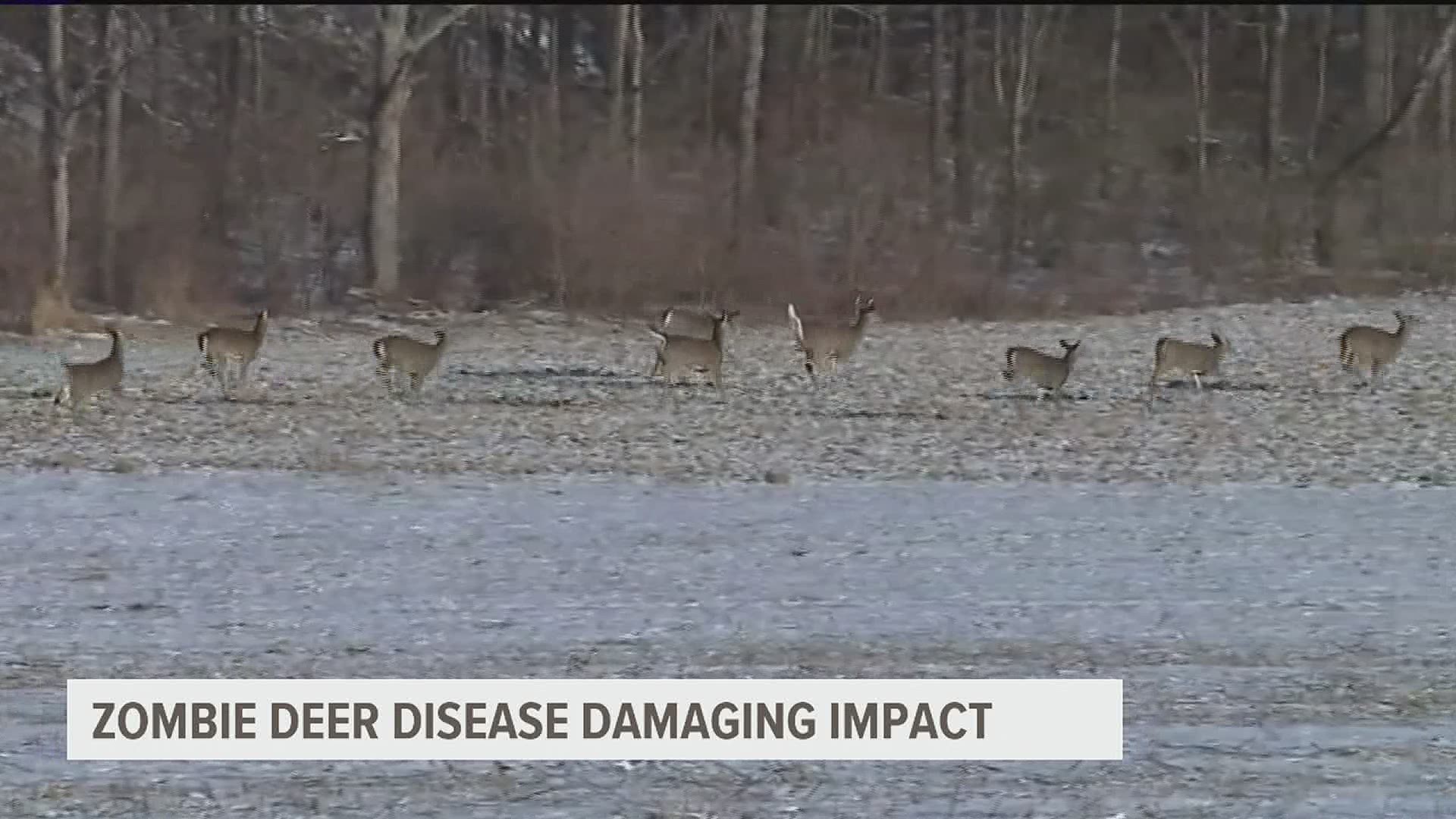 WARREN COUNTY, Pa. — The Pennsylvania Department of Agriculture confirmed a positive case for 'Zombie Deer Disease' also known as Chronic Wasting Disease (CWD) on a white-tailed deer on a Warren County hunting preserve, according to a release.

This is the first confirmed positive on the Pennsylvania Northern Tier, state experts said.

Officials said the remaining deer tested negative for the disease and were euthanized.

Chronic Wasting Disease is a contagious disease that develops slowly in the lymph nodes, spinal tissue and brains of deer and similar animals like reindeer and elk.

Shannon Powers, press secretary for the Pennsylvania Department of Agriculture said euthanization can be highly detrimental to a farming business because of the tough restrictions in place to stop the spread of the disease.

“ If they have one positive —  one deer die and test positive — they have to choose whether or not to euthanize their herd," Powers said.

As of May, the Pennsylvania Department of Agriculture reported 722 positive cases of the disease.

There is no evidence that it can be spread to humans, according to state officials.

"Because of the long time it takes before any symptoms of disease appear, scientists expect the study to take many years before they will determine what the risk, if any, of CWD is to people," the CDC said.

Below are best management practices recommended by Pennsylvania's hunters and processors, according to the state department of agriculture: