Need another reason to drink hot chocolate during this week's snowstorm? This could be it! 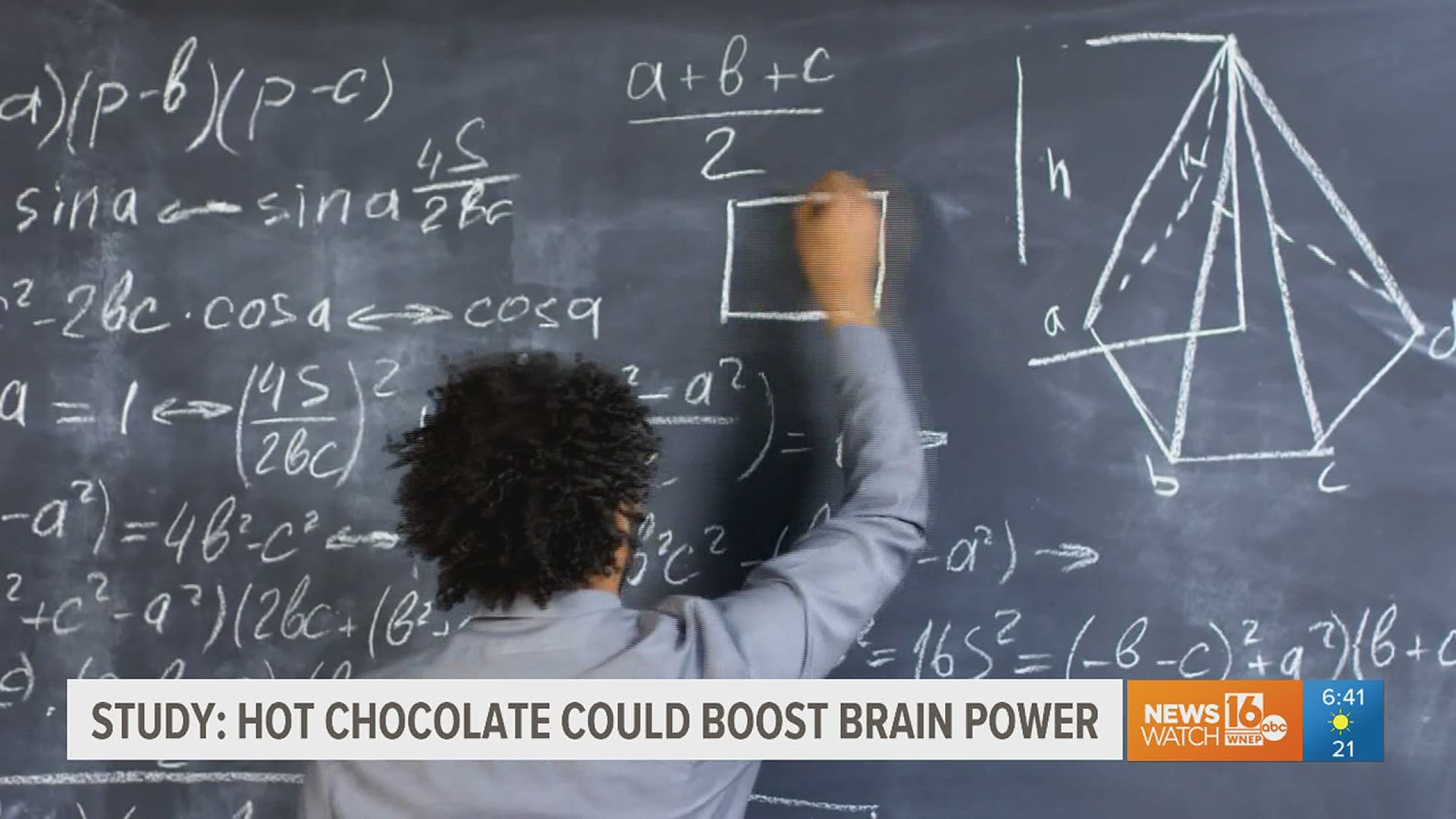 Hot chocolate. Our area guzzles it by the gallons over the colder months and now there may be another reason to reach for that cup of hot cocoa.

Newswatch 16’s Ryan Leckey shared the reason behind it all on Wednesday.

A new, small study suggests that a tasty cup of hot chocolate could do more for your body than just warm you up.

To learn more about who did the study and what we can all learn from it, Newswatch 16 visited Geisinger Medical Center near Danville where we caught up with neurologist Dr. Anne Marie Morse. She's the director of Child Neurology and the director of the Division of Pediatric Sleep Medicine.

"This study was a combined effort between the University of Birmingham in the UK and University of Illinois. I would say the things that we can learn from it, even though it was a small study done on all young healthy males, is that it was one of the first studies to demonstrate the benefit of hot cocoa right through the use of the flavonoids that are present in hot cocoa" Dr. Morse said."

Flavanols, flavonoids, so what’s that all about?

"You're really talking about antioxidants or things that are anti-inflammatory in the body" Dr. Morse explained.

The study suggests cocoa could lead to cognitive improvement.

"What we mean is how quickly someone can respond to a task at hand. And are they doing that accurately? So if I ask you 'one plus one,' you're able to tell me two very quickly" Dr. Morse said.

But no need to guzzle down gallons of hot chocolate just to boost brain power. Dr. Morse stressed.

"Even though we recognize that there are benefits in having some of this chocolate, it's really critical to remember during the holidays not to overindulge and to make sure that you're maintaining that well-balanced diet," Morse said.

Dr. Morse shared a few other foods that could keep your health and mind dialed in.

"Bright green leafy vegetables, nice healthy fruits like berries and grapes. In addition, when you're thinking about grapes, having a little bit of wine may not actually be too bad for you because it also has some flavonoids in it. That can be a brain-boosting as well," Morse said.

During their chat in Montour County, Ryan asked Dr. Morse: "At what point if you’re eating the foods to boost brain power and you’re not firing on all cylinders, when do you see a doctor?”

"If you find that you're continuing to struggle with memory, attention, really just your cognitive performance, how you're thinking about things, that may be a time to bring that to the attention of your doctor and see whether or not you need to have further evaluation," Morse said.

By the way, it's important to note the study was paid for by a grant from the Universities of Birmingham and Illinois along with help from the National Institute of Aging. It was not funded by a chocolate company.

On a fun note: as for the little marshmallows that many love to dump into their hot chocolate, they don’t really factor into the health benefits.