Today honors those who served. It's a time many say "thank you" to living veterans for their sacrifices to our country. 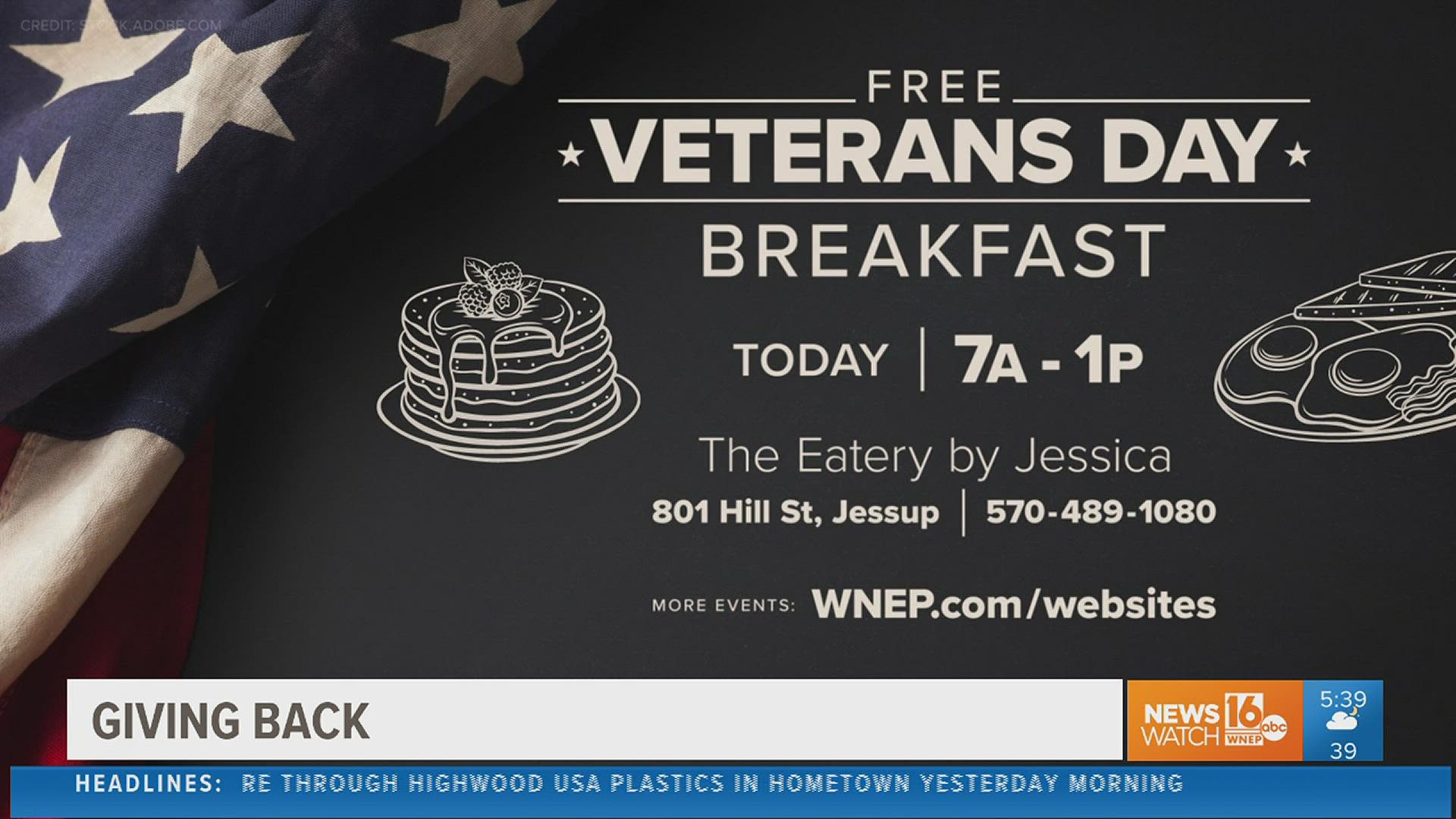 SCRANTON, Pa. — Today is Veterans Day. And, like our area always does, schools, community groups, and restaurants are pulling together to give back as a way to honor and thank those who served.

That includes the place where Newswatch 16's Ryan Leckey visited on Thursday.

Ryan stopped by The Eatery By Jessica. The restaurant in Jessup is offering a free breakfast to veterans today, Thursday, November 11, 2021, from 7 a.m. to 1 p.m. MENU HERE!

Today was originally known as "Armistice Day. "It marked the first anniversary of the end of World War I on this day in 1919. Later, it would become what we know it as today, Veterans Day.

From the U.S. Department of Defense: "Veterans Day is a well-known American holiday, but there are also a few misconceptions about it — like how it's spelled or whom exactly it celebrates. To clear some of that up, here are the important facts you should know."

With today’s federal holiday, many ceremonies and events are on tap to pay tribute to all who served, living or dead.

Brother-sister duo Michael and Melissa Mancak (now Mel Hughes) are also reuniting today to play “echo taps” as part of a Veterans Day ceremony at the Jessup American Legion. Michael and Mel began playing in high school together before leaving the area for a short time. While in the Navy Reserves, the two continued the tradition as one of the few “echo taps” duos around.

More events shared by you on Ryan's Facebook page: 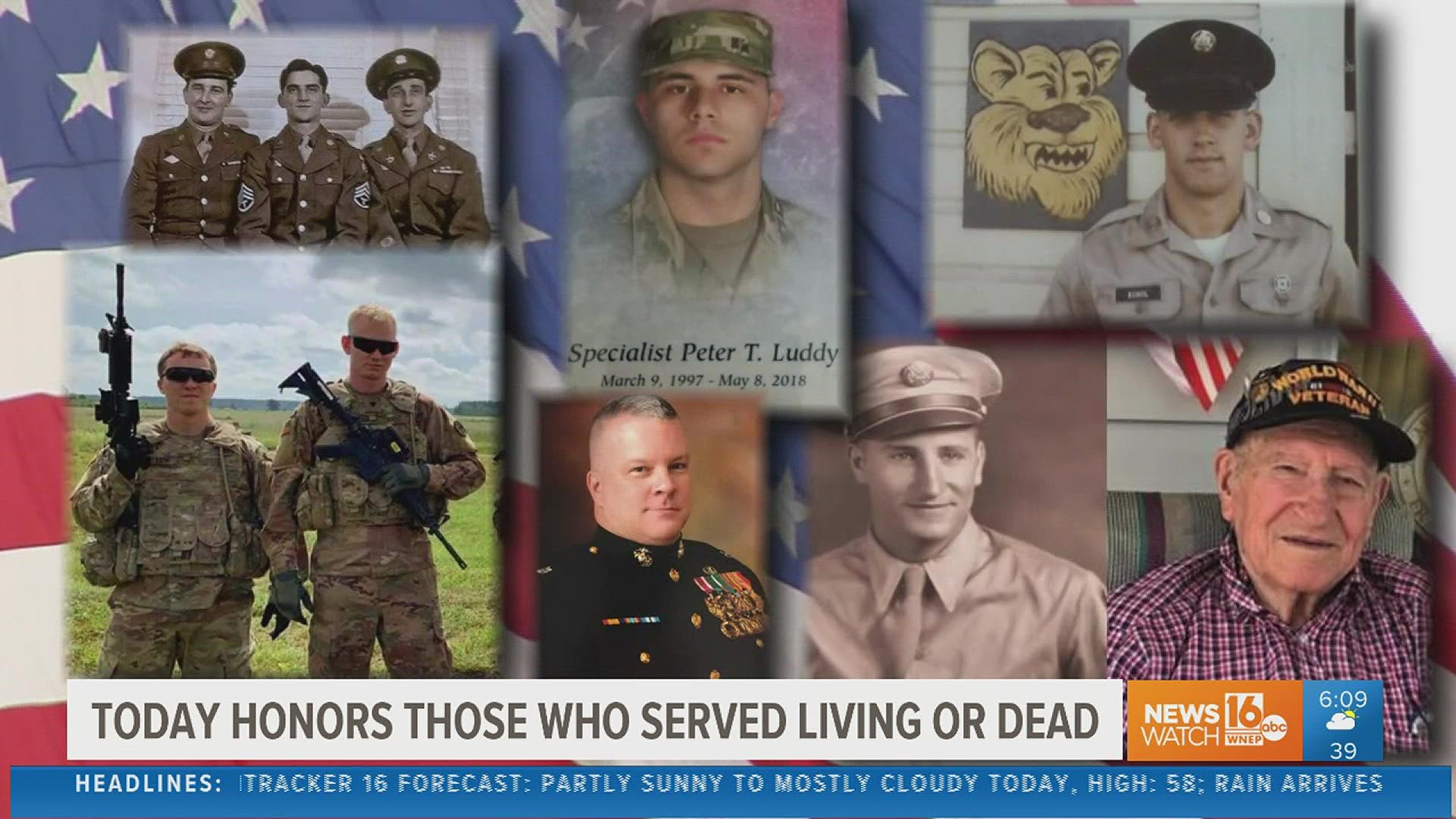 Local Vets Give Back

Another highlight on Newswatch 16 showcased one local veteran’s mission to use this federal holiday to educate and inspire a younger generation.

The story featured Tyrone (Ty) Holmes from the Scranton area.

“On Veterans Day, I will be going around to local schools to explain the history of the military and explain to them that the military is so much more than a bunch of people who carry guns. We've done as many humanitarian missions across the world as we've done combat missions” Holmes said.”

He also plans to highlight the differences in uniforms, how military members train and where they can serve.

“Children always have been and are so inquisitive. I love that. They want to know everything about you and what inspires you to serve. I've actually met several children that I talked to years ago who are now currently serving. I hope that when I do get an opportunity to speak with them (young students), that it may inspire them to want to serve their country” Holmes said.

Holmes also told Newswatch 16 he is the process as well to launch his own nonprofit called “Veterans Vision” which will include a group of local vets who organize various community food, toy and coat drives.

Tyrone Holmes’ other community involvement in Lackawanna County and beyond includes: 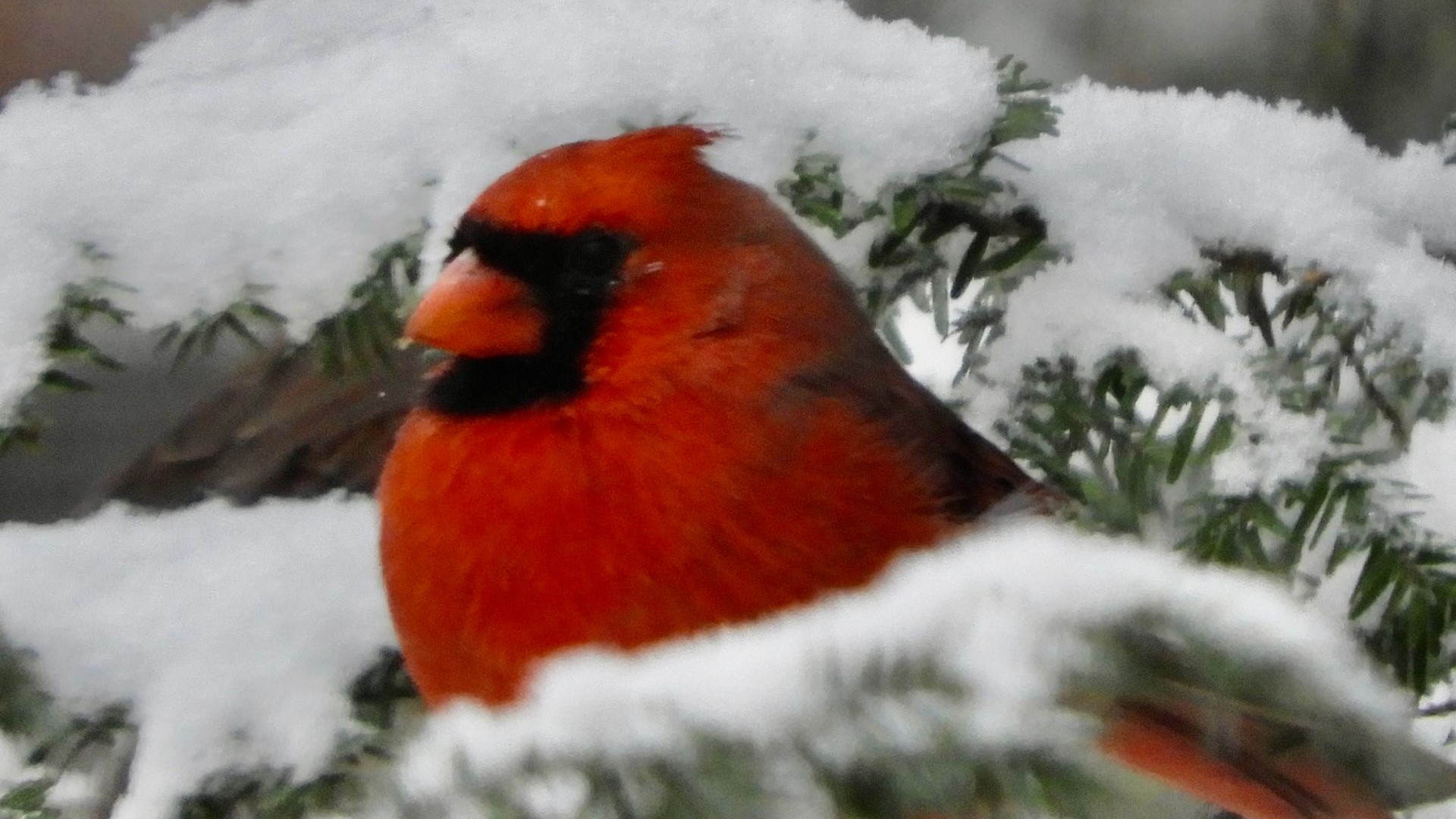 The coming winter in the PhotoLink Library