Much of our area relies on the amazing work of volunteer firefighters, and for one department in Luzerne County, it’s truly a family affair. 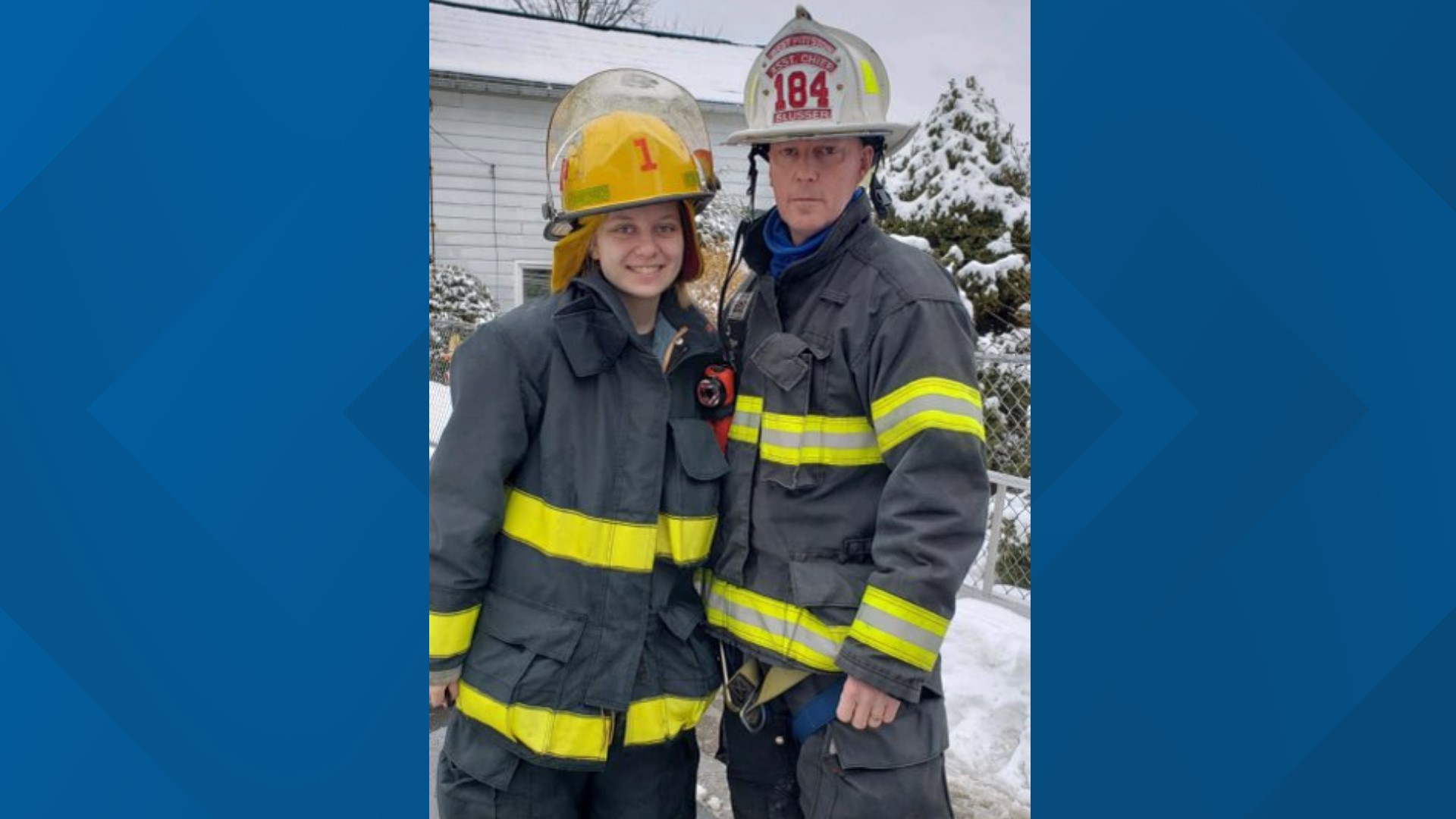 LUZERNE COUNTY, Pa. — For one volunteer fire department in Luzerne County, it’s truly a family affair, thanks to a dynamic father-daughter duo.

That firefighter family is this crew—Morgan and her dad Gary Slusser—who answers the call for help when needed in the West Pittston area.

And this pair is among many firefighting families in our area. Check out these images you shared with Newswatch 16. People who often risk their lives as dedicated hometown heroes.

When it comes to firefighting, it’s truly in the blood for the Slusser family from Luzerne County.

"I just kind of grew up with that my whole life because my dad's a firefighter, my uncle, my grandpa, my mom," Morgan Slusser said.

It’s also where dad Gary is the assistant fire chief.

"I think it's pretty rewarding. It's never the same," Gary said.

Although Gary’s 15-year old daughter Morgan is considered a junior firefighter, he hopes with more training, she’ll be the one backing up dad in the future.

"I think she'll enjoy it, even more when she's done with her essentials of firefighting class because right now she's limited to what she could do. You have to be over the age of 18 to be able to do a lot of the tasks," Gary said.

While Morgan is still limited on what she can do on emergency calls, the Wyoming Area freshman says she still gets that adrenaline rush when the alarm sounds.

Newswatch 16's Ryan Leckey asked Morgan what it's like when her pager goes off in the middle of the night.

"At first, it's kind of real scary because I wake up, and this thing's going off. But then after that, it's just like in the light, as if it was in the house, have to hurry up and get dressed and then run out the door," Morgan said.

And Morgan hopes her family’s dedication to their community inspires others to get involved in their local department.

Newswatch 16's Ryan Leckey asked Morgan what she would say to other young women who are thinking about firefighting.

"I'd say just go for it. I think it's fun. Everybody there is like role model," Morgan said.

"It's not easy to get volunteers because everybody's pulling from the same pot with kids usually like, for instance, like Morgan's age, kids will join the fire department when they're in high school. But then the thing that normally happens is once they start college and they get busier, they kind of don't really come back, or you lose those people as members," Gary said.

But at least until Morgan heads off to college, this dad is just grateful for quality time with his dedicated daughter, whose bravery is an inspiration to her family and the Luzerne County community she helps keep safe.

And Gary and his wife have one other daughter who is 18. She’s preparing to head off to college, which takes up a lot of her time.

Your best bet is to contact a local volunteer fire department near you.