For a mom-and-pop pizza shop that gave hundreds of meals to others during the pandemic, this is their week to rise again after a flood almost ruined their business. 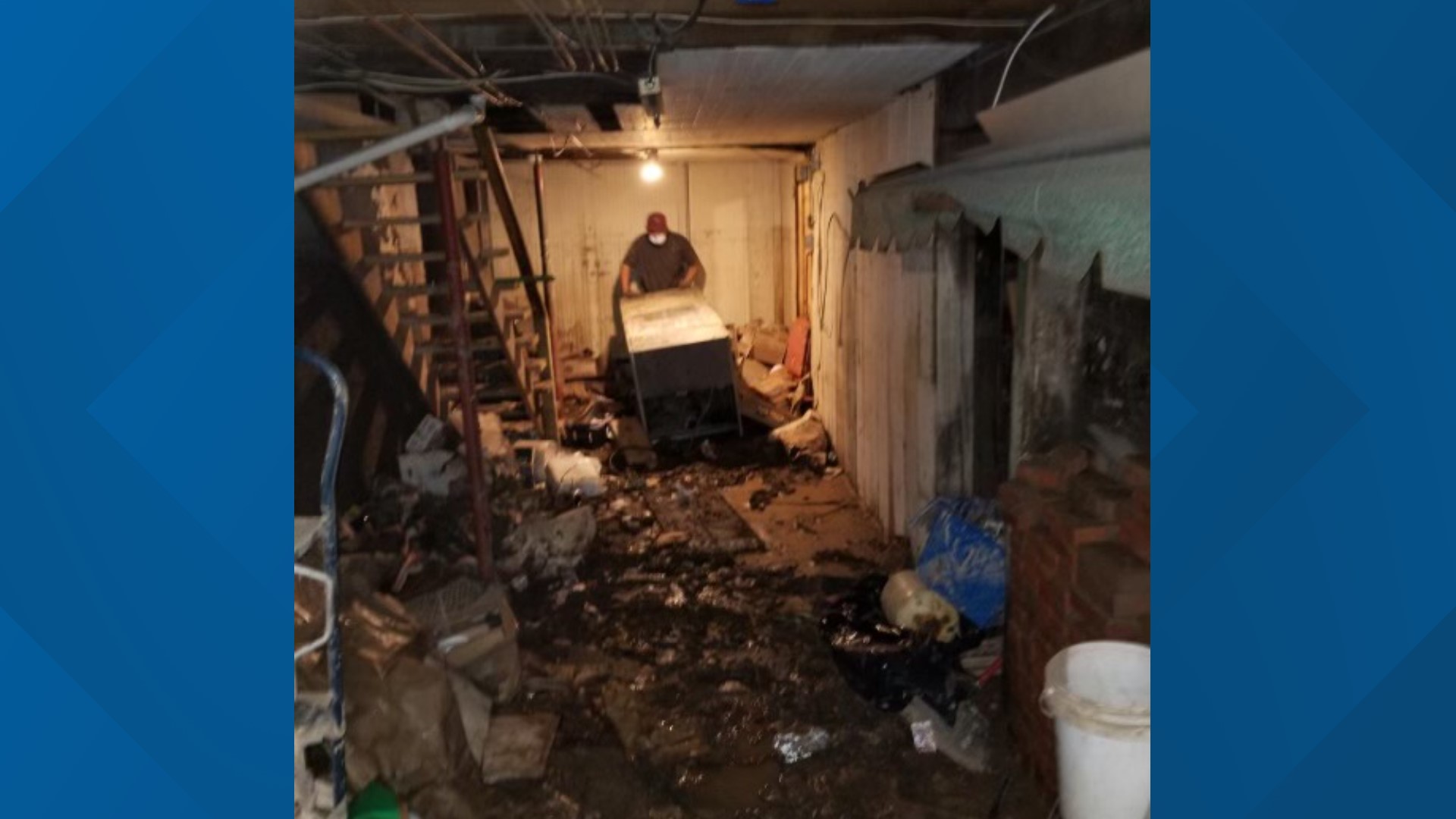 LACKAWANNA COUNTY, Pa. — As someone once said: "There is nothing as sweet as a comeback!"

No matter which way you slice it, many neighbors living in Dickson City consider Mainline Hoagie and Pizza one of the oldest and best mom and pop shops in that part of Lackawanna County. But it’s not how the owners started in the 1980s that got our attention.

It’s their resilience and determination to bounce back from this mess, a recent flood that almost wrecked their business. For years, the pizza place has been known for creating so many smiles in the community, and that was especially true during the pandemic.

It was the flood neighbors in this Lackawanna County community never saw coming. Massive destruction, all caused by flash flooding in early May around Main Street in Dickson City. Streets buckled. Houses flooded. An iconic family-owned business, the much loved Mainline Hoagie & Pizza, wrecked by raging waters.

"Complete and utter shock, I couldn't believe this. We've never even had a drop in our basement before," Alana Bellucci said. Her brother Sante owns Mainline Hoagie & Pizza.

Mainline Pizza employee Millie Promovitz lives above the business and remembers that night.

"I worked here twenty-five years. My daughter woke me up at four o'clock in the morning because the electricity went out and I thought a breaker broke. So I went down to the basement. Water in the basement and our freezers were all floating," Millie Promovitz said.

"Brand new furnace, two water heaters, everything lost, and we don't have flood insurance because it's not a flood plain," Mary Bellucci said. Her family owns Mainline Hoagie & Pizza.

"There's an underground creek, and I think it had to get blocked up or something," Sante Bellucci, the owner, said. "I have just never seen anything like it in my life."

The mess was just too much. Mainline’s owner, Sante Bellucci, was forced to temporarily close up shop.

"Probably about forty to forty-five thousand dollars in damage. And my business side of the insurance is going to cover up to fifteen thousand of it. And the rest we are on our own," Sante Bellucci said.

Our #WNEPReasonsToSmile segment from today on Mainline Hoagie & Pizza in Dickson City. Mom
and pop shop defies disaster. And that’s just a start!

About a $30,000 dollar bill that no business needs right now, especially after just getting through such a difficult year.

"We didn't have as much work as we normally do," Millie Promovitz said.

Despite having fewer customers all during the pandemic, Sante wanted to do something for his town, so he provided free dinners to the people who had given him so much over the years. His mom says it’s in his blood.

"He takes care of everybody. He's been doing this since he was a little kid, running errands for the little old ladies in the neighborhood," Mary Bellucci said.

"He has a big heart. He ran free pasta dinners for anyone," Bill Bilinski, a delivery driver at Mainline, said. "I was totally surprised. I was like, man, you're hardly making it. People aren't coming here like they used to because they didn't have jobs. They didn't have the money they had. And now here's this guy giving out 600 dinners," Bill Bilinski said.

"My thing was I didn't care who got the food. I said to myself, if one kid got one of these meals and doesn't have to go to bed hungry, I'm happy," Sante Bellucci said.

An act of generosity that Sante said "kind of rejuvenated me."

This act allowed Sante to give back to a community that, time after time, got him through some of his darkest days, like when he lost his son Joey to drug addiction in 2016.

"After I lost my son, I kind of gave up," Sante said. "Up until the pandemic, I was burnt. I didn't even want to be here, tell you the truth, but I didn't want to let the quality of food go down."

And up until this recent flood, the Mainline family was hoping to hold even more free pasta dinners.

"He also was speaking about doing another one now until we had the creek overflow," Bill Bilinski said.

Now, after this latest setback and shelling out thousands on new equipment, Mainline Hoagie & Pizza plans to reopen this Wednesday.

WE ARE ALMOST READY FOR OUR REOPENING & WE COULDN’T BE MORE EXCITED! WE MISS YOU! WE WILL OPEN ON JUNE 2nd

It’s a day that Sante knows would not be possible without his dedicated staff of decades and his dedicated customers who’ve counted on this place for pizza over the past 41 years.

"A good friend of the family started to go fund me page. But me, as a business owner, I'm not going to take any of that money. I'm going to give it to my staff for helping out and doing all the paint and cleaning," Sante said.

"My brother's always been a giving person, and it's just who he is," Alanna said.

By the way, if you’d like to learn more about the GoFund that was set up to help Sante, which he plans to give back to his staff, head here.