A morning tradition for one kindergartner in Schuylkill County is giving so many others a Reasons To Smile. 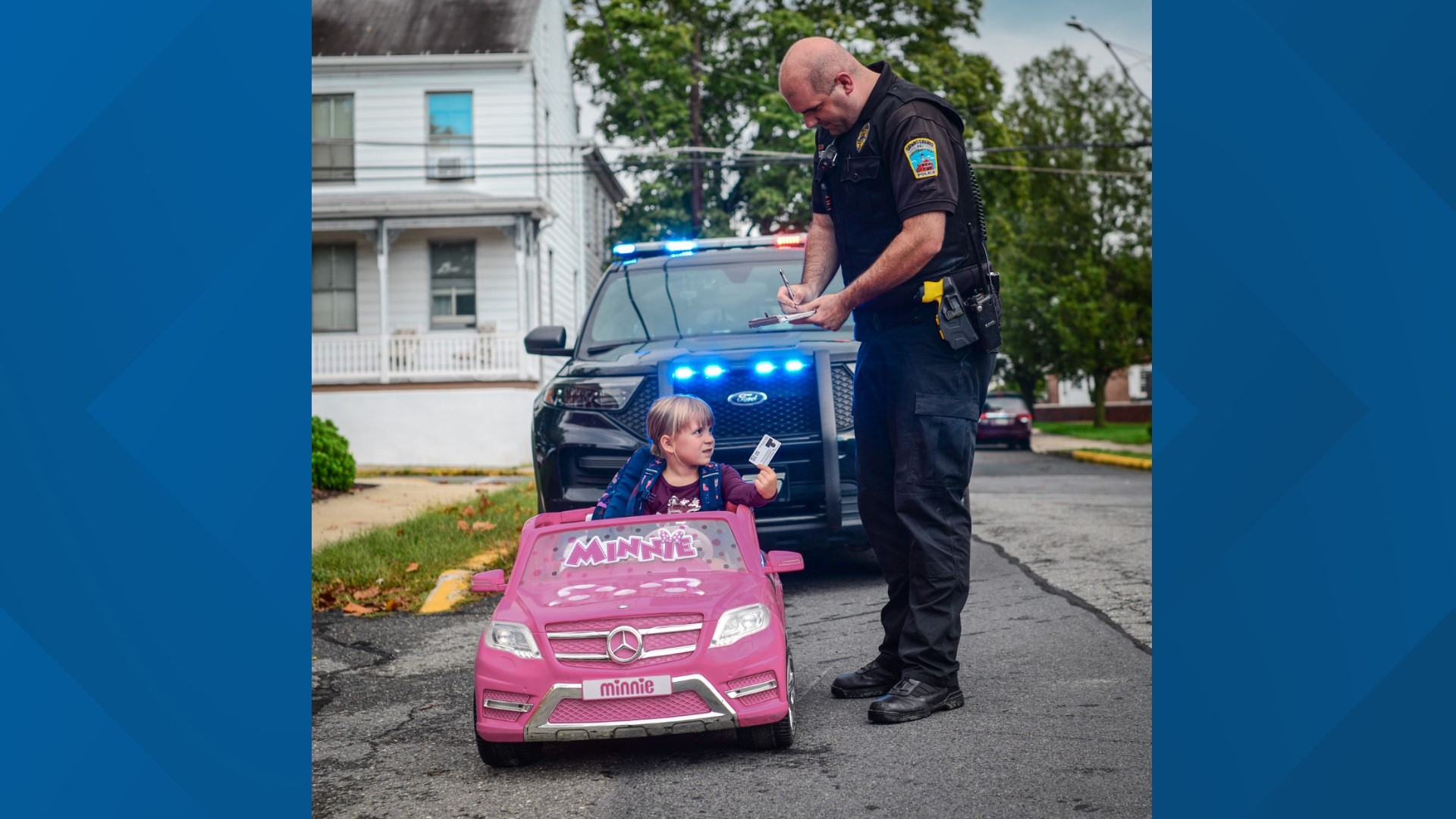 ORWIGSBURG, Pa. — A daily tradition for one Orwigsburg five-year-old is bringing a whole new level of excitement to the school day.

Even though school has been back in session for weeks now, a number of families in our area still love getting creative with their kiddos each school day to capture some fun moments beyond the bus stop to share on social media.

And that's especially true for one family from Orwigsburg.

As it turns out, the Wargo Family from Schuylkill County is just one of a number of families in Northeastern and Central Pennsylvania spicing up the school day with fun photos.

But for five-year-old Hannah, she's become quite the pick-me-up for so many.

When we think of first day of school photos, a more traditional image comes to mind. But for five-year-old Hannah Wargo of Orwigsburg, her dad says this was just the beginning.

"It just started as it normally does. It was our first day of school. We posted 'this is our daughter's first day of kindergarten photo,' "Sean Wargo said.

But after just one day at Blue Mountain Elementary School East, you might just say Hannah was hooked.

"She was so excited to get back to kindergarten," Sean said.

So much so that on day two and day three of school, Hannah just couldn't wait to get out the door morning.

"So we were at the bus stop really early, and she was getting impatient...and then the next day was even more impatient," Sean said.

So Hannah's dad decided to have some fun with his daughter's restlessness at the bus stop.

"We kind of just started creating these scenarios where she was having an exciting adventure on her way to kindergarten," Sean said, which started to gain the attention of many on social media in and around Orwigsburg.

What started as a fun father-daughter project became a priceless way for many to start their mornings.

"It just kind of took off. And people are like, 'we wait for them. We look forward to them every day,' and we're like, oh, boy, we have to fill the whole school year with these," Heather Wargo, Hannah's mom, said.

And even the Orwigsburg Police Department wanted to help this kindergartner's light shine even brighter, so they too got in on the fun. Officer Bobby Bechtel helped create several fun scenes.

"I have a coworker who put them in touch with me to stage a few photos," Officer Bechtel said.

Newswatch 16's Ryan Leckey asked Officer Bechtel if he had ever received a request like Hannah's before.

"This is in nine years of policing. This is my first request like this," Officer Bechtel said.

And probably Officer Bobby's first time giving a field sobriety test to a five-year-old who was suspected of having a little too much sugar behind the wheel. Clearly, Hannah failed the test. and took off running.

The mock police scenes were such a hit online they led to a series of images, including some fake jail time for Hannah, and eventually, a staged protest at the state capitol. Officer Bobby says just playing a small role made for big fun!

Officer Bechtel said those flashing lights that cause panic in most adults only made Hannah a little shy.

And while Hannah was even a little shy during our interview, she made it very clear that only the cool kids can tag along on her morning adventures.

Ryan Leckey asked Sean if he could keep up the tradition for an entire year of kindergarten.

"You know, there's been many times where we said this is the last one. We just don't have the time to do it. But then so many people keep saying, you know, I love, and I look for them every morning. So it's kind of kept us going. So we're going to keep it up as long as we can," Sean said.

And by the looks of Hannah's imagination and willingness to play along, clearly, the sky's the limit.

And by the way, when you look at those photos, Ryan asked Sean if he was a professional photographer. He said, "nope, just a hobby." Most of them were captured on his smartphone. 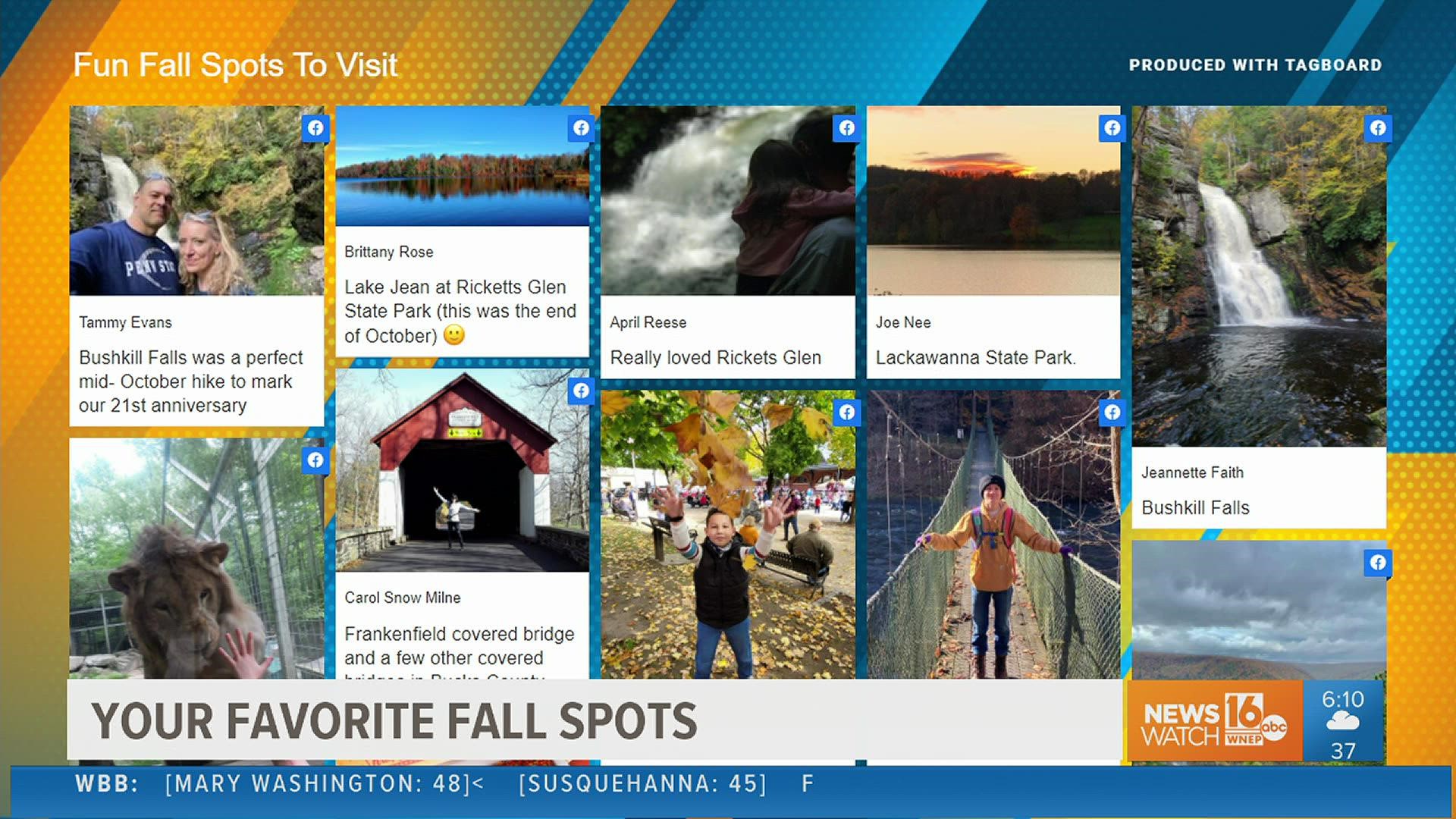 Reasons to smile: Your picks for fall fun