Bright Side 16: Believing in Scranton leads to new boom in downtown living

You might not realize it if you drive through Scranton, but there is something pretty positive happening right now behind brick walls and closed doors. 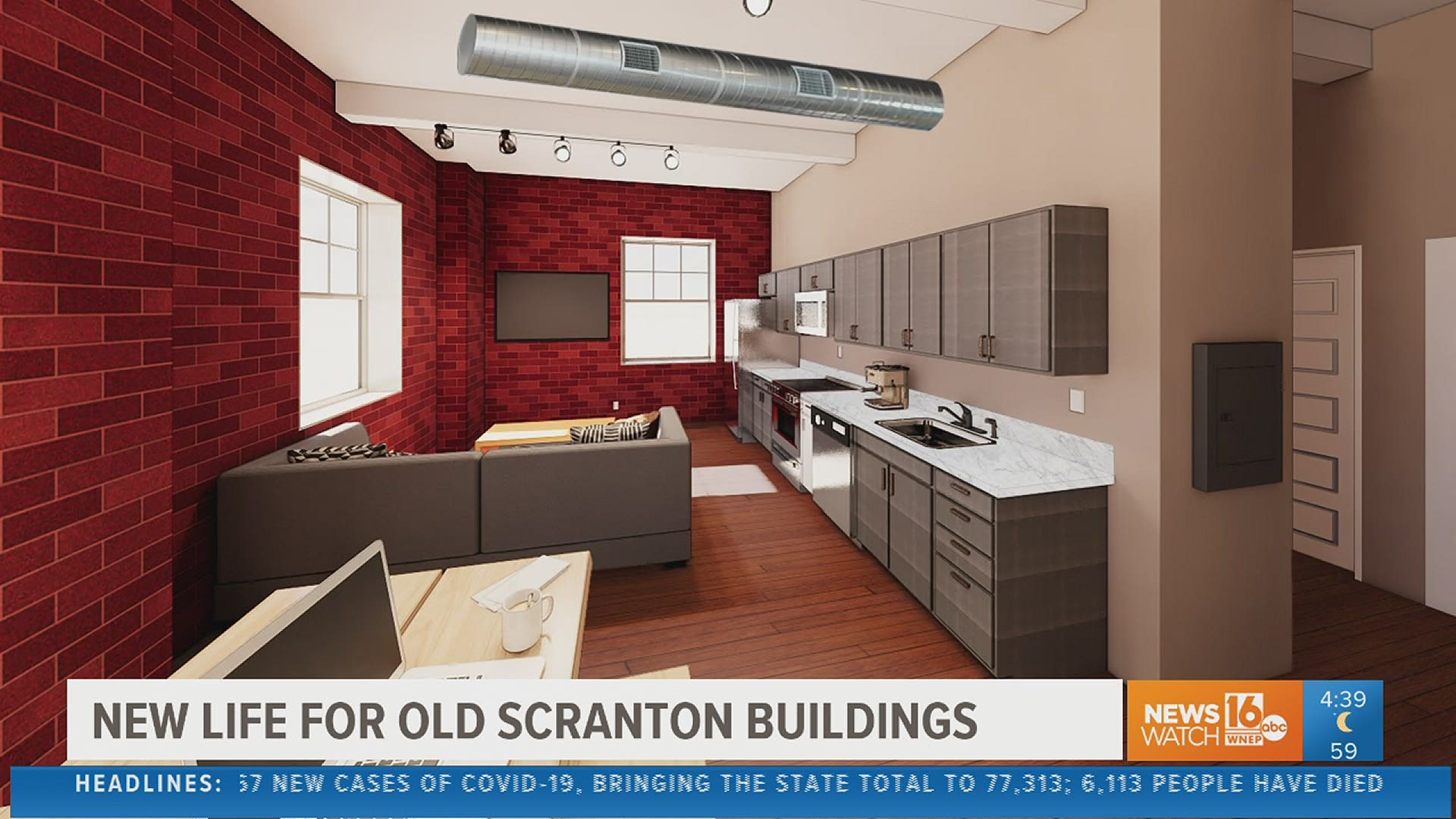 When the pandemic hit, so many plans were put on hold or even fizzled out completely including a lot of business projects.

During this time when there are so many unknowns, when money is tight, there are still the risk takers. They are the people determined to see a place that’s now home rise again.

It's led to developers not stopping from breathing new life into many old, empty buildings in the Electric City.

This positive development was the focus of Friday's Bright Side 16 segment with Newswatch 16's Ryan Leckey.

One new project, "200 Adams," overlooks Courthouse Square, the epicenter of downtown Scranton. Another is just a few blocks away on Wyoming Avenue. It's called "Miller Lofts."

The city's Mayor, Paige Cognetti, says this new life for empty buildings leads to more foot traffic and support for a lot of the local mom and pop restaurants and businesses. She says it's the new life that the city needs.

Scranton Developer Don Mammano is behind the project on Wyoming Avenue in Scranton.

”I love what I do. I love the city of Scranton" Mammano said.

And re-energizing old buildings with upscale, fun and funky apartments is what Don does. His renovation rodeos in the city of Scranton range from 317 Linden Street to the "Iron Lofts" on Franklin Avenue.

Now, Don's 26th property is a project that will bring new life, even during the pandemic, to the six story building along Wyoming Avenue called "Miller Lofts." It's now being transformed into upscale apartments.

”You have 100 plus years of character. The bricks. The hardwood floors. All in it’s going to be a 5 million dollar project" Mammano said.

Much of the work his team is doing, while practicing social distancing, is expected to be done by mid-July.

“Miller Lofts” has available retail space on the first two floors and 40 upscale units above. The apartments range from studio to two bedroom units. 20 of the apartments are already leased. Don says the big selling point for many new tenants is that parking is included which is a huge perk for those who attend the nearby Geisinger Commonwealth School of Medicine.

”The studio is $800 a month. All utilities are included except electric. The most expensive two bedroom is $1,600" Mammano said.

As for the name ”Miller Lofts,” Don explained its meaning. If you take a close look at the front of the building, the words "T-M Miller & Company" are featured on the front.

”It was an undertaking company. They sold and manufactured caskets in the early 1900s. They were here for a short period of time and it had multiple uses after that" Mammano said. 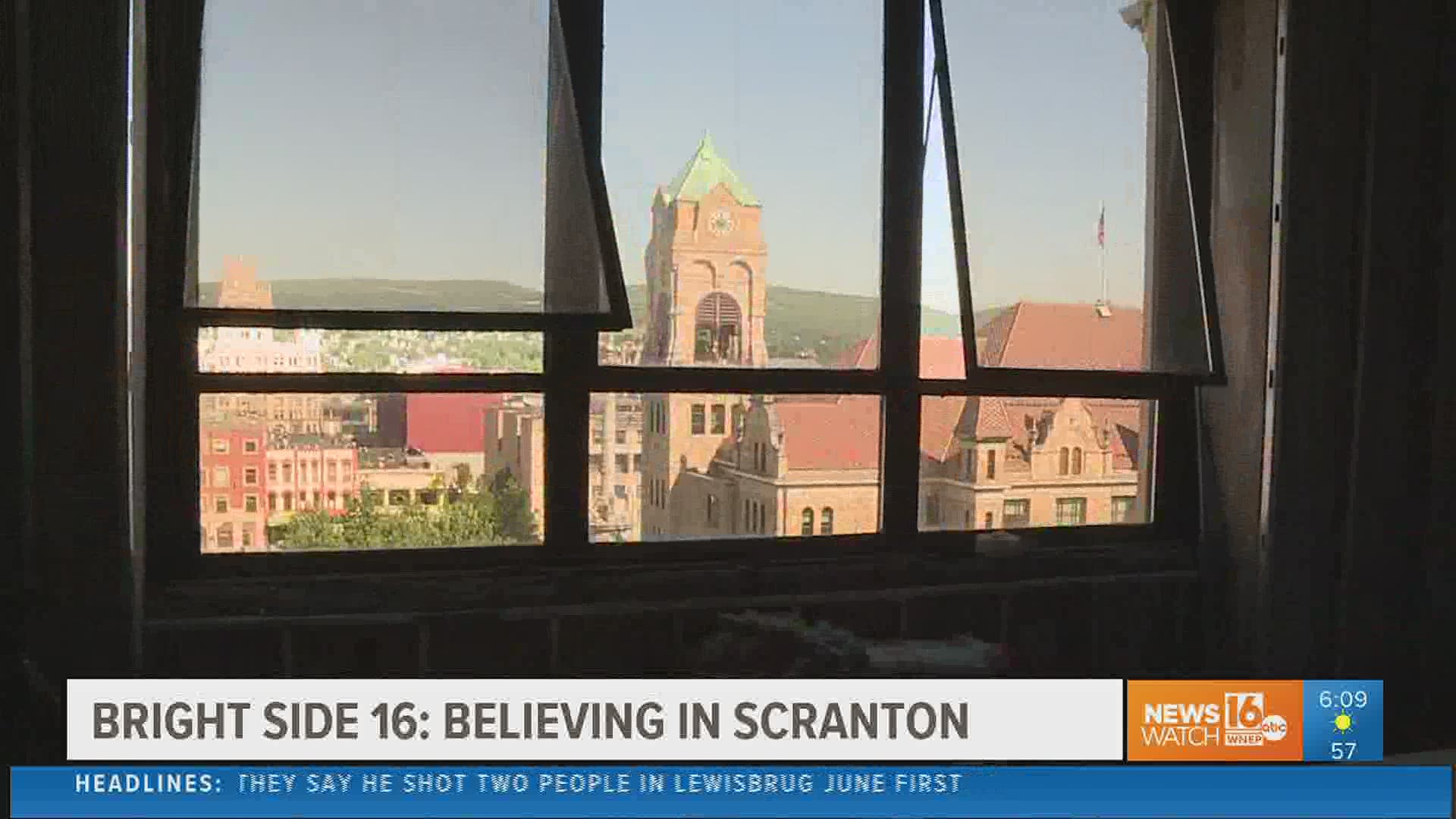 Just outside of Courthouse Square is where work on another new upscale downtown apartment building is underway.

It's taking place inside the old Lackawanna County Administrators building.

The new life for this downtown building is something that could also create more foot traffic, something many nearby small businesses rely on.

Some downtown residents, including Bryan Hall, moved back to the Scranton area from New York because of the boom and new apartments in the city.

”Everything is here at my doorstep. I need something with some things going on, some access to restaurants, just the day to day. I love the city life. And this place offered everything for me" Hall said.

Bryan is among dozens who live inside a downtown Scranton building at the corner of Lackawanna and Penn. Many Scrantonians know the place from way back as the Samter's Brothers Clothing Store. The place has been rockin’ and rollin’ with tenants since 2017.  Its success set the stage for “Admiral Management Services" and its Scranton developer to blaze new trails in downtown living.

It's called "200 Adams." It is under development right now near courthouse square.

”It was once the county (Lackawanna) Administration building. It housed the commissioners' office" Jessica Kalinoski with Admiral Management Services said.

And by this fall, 200 Adams will become 65, one and two bedroom apartments" Kalinoski said.

So why the big boom in downtown living? And why now?

”There’s now a segment of the population and businesses allowing their employees to work from home. They can get double the space for half the price. They can work from home and contribute to our city" Kalinoski said.

”Our rents start around $900 and go to $1,900 dollars a month. The price depends if it’s a one bedroom or two bedroom and what floor you’re on."

The cost of the total project is $10 million dollars.

Jessica Kalinoski also told Newswatch 16 that whether it’s at 200 Adams or at another downtown property that Admiral Management Services oversees the demand is there!

"We have six buildings, more than 200 units, and we’re thrilled that they’re occupied. And that those places didn't just become some parking lot or surface lot in the city of Scranton" Kalinoski said.

The Mayor of Scranton adds that as the new development at both Wyoming Avenue and Adams takes place, it helps attracts even more tenants downtown which helps small businesses thrive!

The new construction helps bring a new demographic to the city's downtown,  many from out of state, that'll all help play a vital role in the city’s ongoing revitalization.

”It’s a great place to stretch out a little bit. You can get an apartment in downtown Scranton that’s a lot bigger than what you’d get in New York or New Jersey or Philadelphia. We’re looking for people to move out of those densely populated cities, especially post COVID to come here, to come to Scranton. To visit our incredible restaurants, our incredible stores and to get an incredible quality of life where you can go hiking and biking just 10 or 20 minutes away" Mayor Paige Cognetti said. 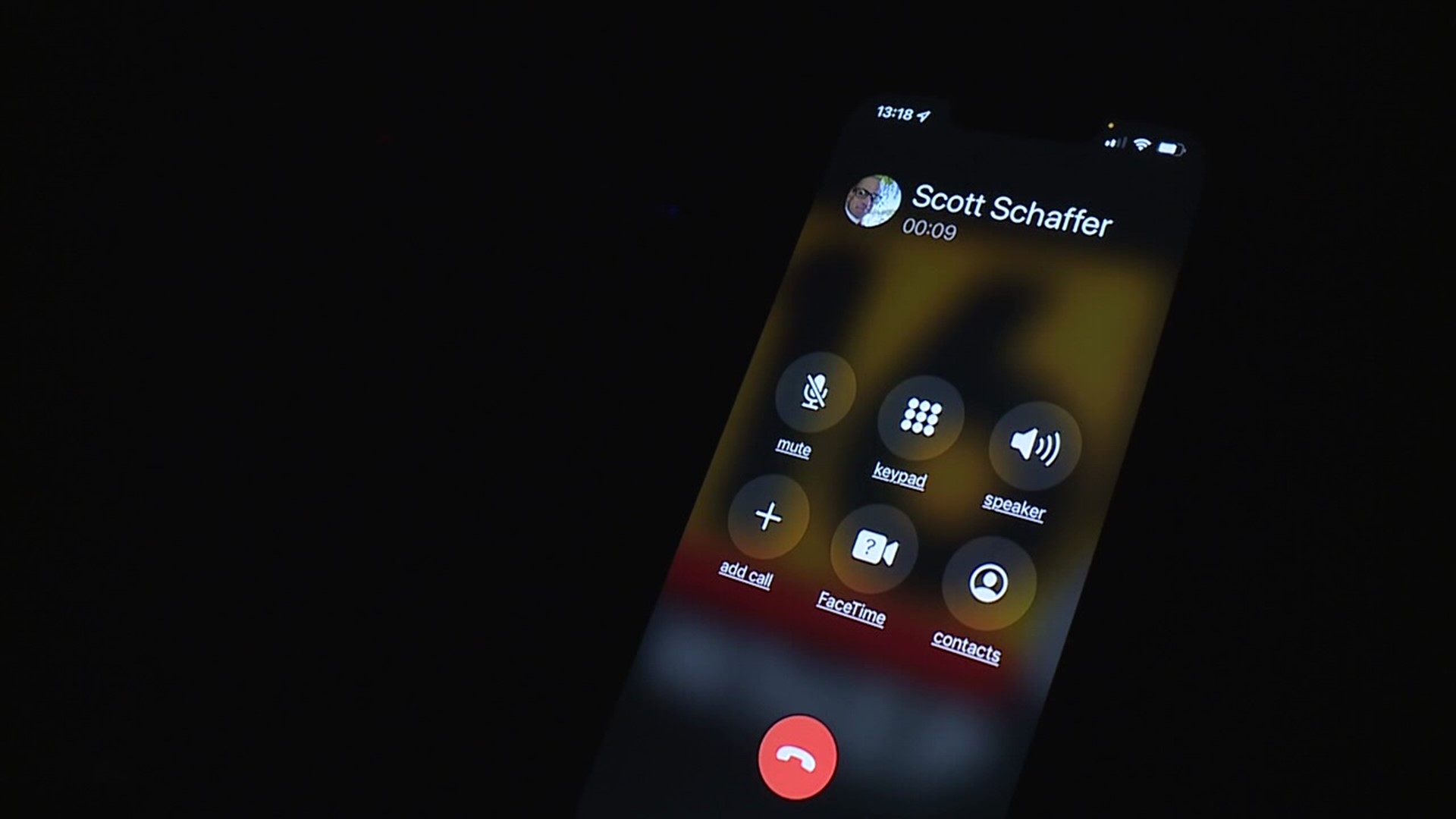