60 years after working alongside Medgar Evers, Eleanor Holmes Norton is a living part of black history

The D.C. Congresswoman still takes time to read to children and tell them, amid all the hate, that there is real progress in hope. 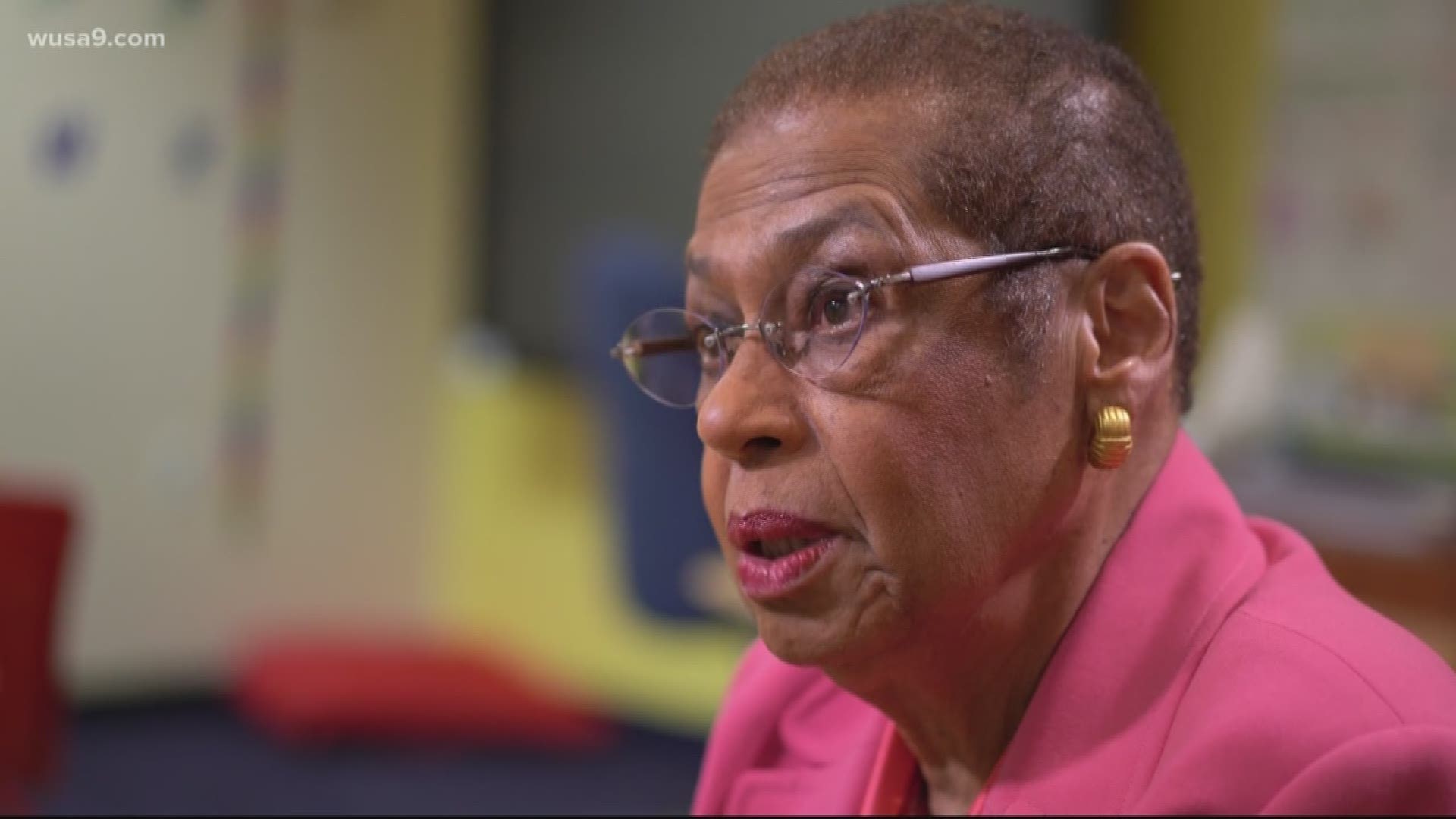 WASHINGTON — It's a routine every February for Eleanor Holmes Norton. Her aides tell her the name of the school, get directions to the campus and the regal, 82-year-old Congresswoman steps from a car, walks through a door and hears the shrieks and shrills of young African American children excited to meet a living, breathing part of black history.

"They pay such rapt attention," Norton said. " Maybe it’s because I’m reading them a book or something. But it takes me back to when I was in Kindergarten at Monroe School right in the district of Columbia.”

Now on her third decade in Congress, originally elected in 1991 to represent the District in the U.S. House of Representatives, Congresswoman Norton has come a long from Bruce Monroe Elementary on Warder St. in Northwest.

They learned about the great orator who escaped slavery in 1830s Maryland, becoming one of the seminal figures in the abolitionist movement. But the Congresswoman could have easily have told her own story and still enraptured the room.

"Many of us from the movement feel blessed to have been a part of that time that gave us the great civil rights act. Now, two of us sit in the House of Representatives, me and John Lewis."

Credit: WUSA9
Del. Eleanor Holmes Norton was elected in 1990, and has long been an advocate for D.C. statehood.

But Congressman Lewis is ailing, announcing in December that he was being treated for Stage 4 pancreatic cancer. Time passes, and more of her civil-rights era contemporaries have died.

It makes the Congresswoman's message of hope and progress -- and her story --  that much more necessary. Someday she hopes to tell her grandchildren, now 4 and 7 years-old.

"They could not be less interested now," she said, laughing. "But there will come a time when I regale them with tales of the movement – in the hope that they will find a way toward their own kind of movement.”

She got her masters and law degrees at Yale University, and in her spare time, traveled to the deep south for the 1963 Mississippi Freedom Summer, working alongside Medgar Evers, the civil rights icon who was later slain. Appointed by President Jimmy Carter as the first female Chair of the U.S. Equal Employment Opportunity Commission in 1977, Norton released the first set of regulations outlining what constituted sexual harassment.

Her premise was simple: sexual harassment was indeed a form of sexual discrimination that violated federal civil rights laws. And despite a country now filled with so much racial polarization, Congresswoman Norton sees a future of much more good than a repeat of an ugly past.

“We are sophisticated enough to know there is still racial prejudice in our country," she said. "But those of old enough to have lived through the civil rights movement have seen huge changes. But you don’t think about those changes every day.”

After her late morning appointment with the Eagle Academy kids, Congresswoman Norton was off to her next engagement, some other room full of blessed children and adults, all honored and privileged to hear about black history -- from a woman who, like few others, have lived it.

"Thank you Congresswoman Holmes Norton!" the first-graders yelled. She was already down the stairs, off to her waiting car, still fighting the good fight.

RELATED: At 10, she dreamed of a DC monument for women in World War II. Now at 17, Congress is listening