Reasons to smile: Sasquatch brings joy to strangers in Shamokin

See the larger-than-life creature that has people pumping the brakes to take a selfie in one community. 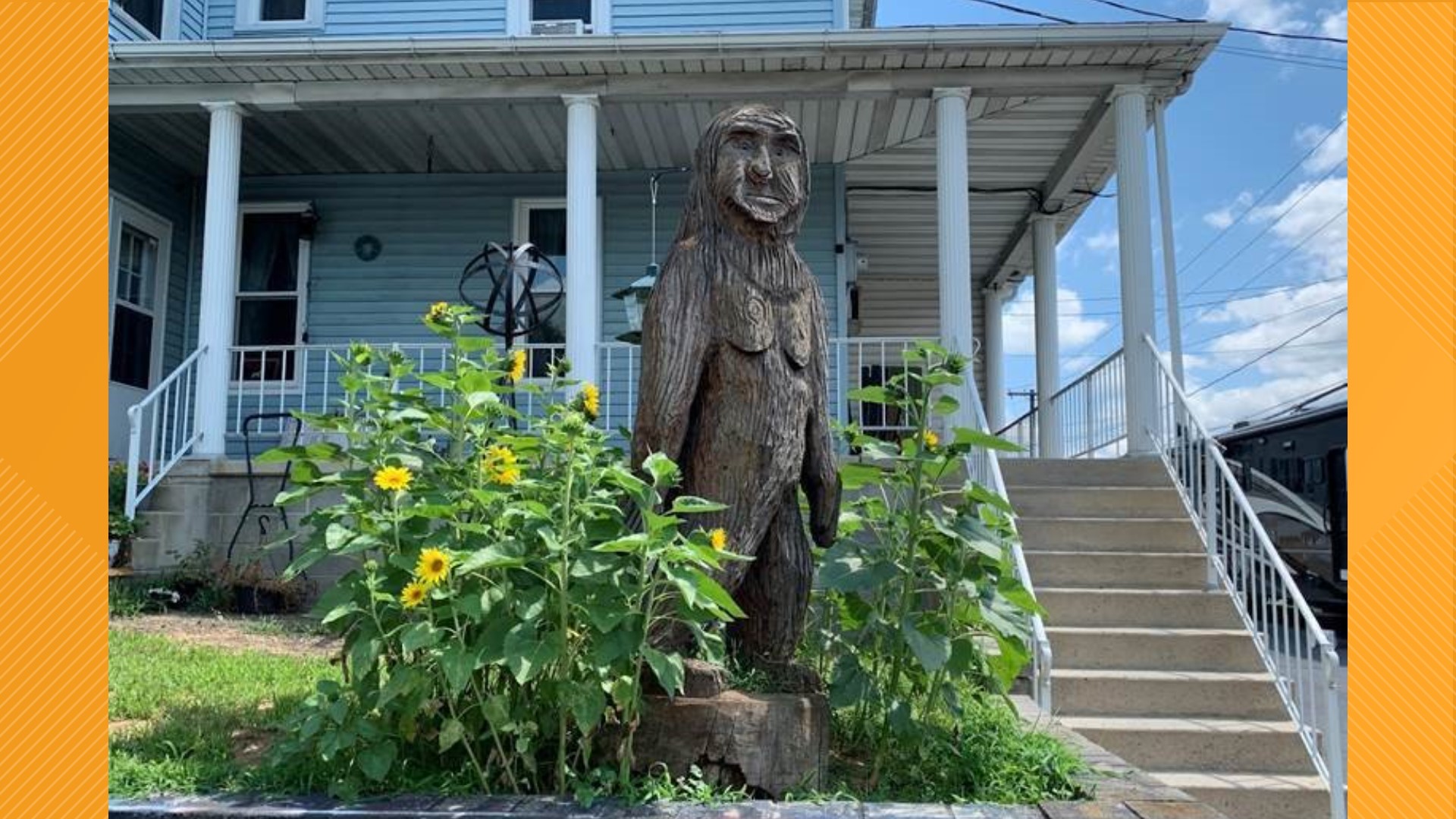 SHAMOKIN, Pa. — Across our area, there are those occasional sights in some neighborhoods that could make you slam on the brakes to do a double-take.

But what would you do if you thought you actually saw bigfoot?

Well, it’s that type of hairy happening in one Northumberland County community that got the attention of Newswatch 16’s Ryan Leckey, and it’s the focus of today’s Reasons to Smile segment.

Sometimes it’s the fun, funky landscaping or a cute dog in a yard that has us slowing our roll around certain neighborhoods and really just soaking it all in.

But near Shamokin, it’s this sight!

There are never any shortages of Sasquatch sightings in this country if you just kind of look out for them.  From social media to even a new documentary on HULU.

The mystery behind this hairy lookin’ human dating back decades is quite legendary even today and quite eye-catching, and that’s certainly true with this sighting near Shamokin.

"You do get a lot of the mouths that hit the floor of the car. It's like, please pay attention going down the highway," says eyecatching lawn ornament owner Stephen Troutman.

But could you blame those people passing by? After all, there’s an 8-foot ape-like creature. Pretty much just living its best life outside Stephen Troutman’s front yard. This 800-pound wood carving is located in Coal Township right outside of Shamokin off Route 61.

"So at first the neighbors and everybody going down the highway, they can see it. They were really weirded out by it. We had so many people that would stop up by just to see it because people even thought it was real," says Troutman.

After all, this large and mysterious humanoid creature occasionally even dresses up for the holidays. Stephen says he bought the carved beast back in September 2014 as sort of a tribute to his father-in-law Carmen.

"As long as I've always known him, he’s just had a love and infatuation for Sasquatch," recalls Troutman.

What did this hairy tribute cost, you ask? "$1500. And that was just for the artisan's time," says Troutman. "It was supposed to cost about $4,000. But the original person who had got them to make it didn't want it. In the end, it didn't turn out quite the way they wanted. So they put it out at a local business."

When asked if he had to fight anybody for this thing, Troutman said, "Yeah. We were really surprised because people just had let it sit there for so long, and we just go and see it there any longer. And they were happy to give it to us when we came by."

A piece of art with a legendary backstory now home near Shamokin. A less scary version of Sasquatch that’s giving plenty of strangers passing by a Reason to Smile.

As for the carving’s nickname, the Troutman family simply calls him "Squatch."

They’re even fine if people want to drive by and take photos with it.